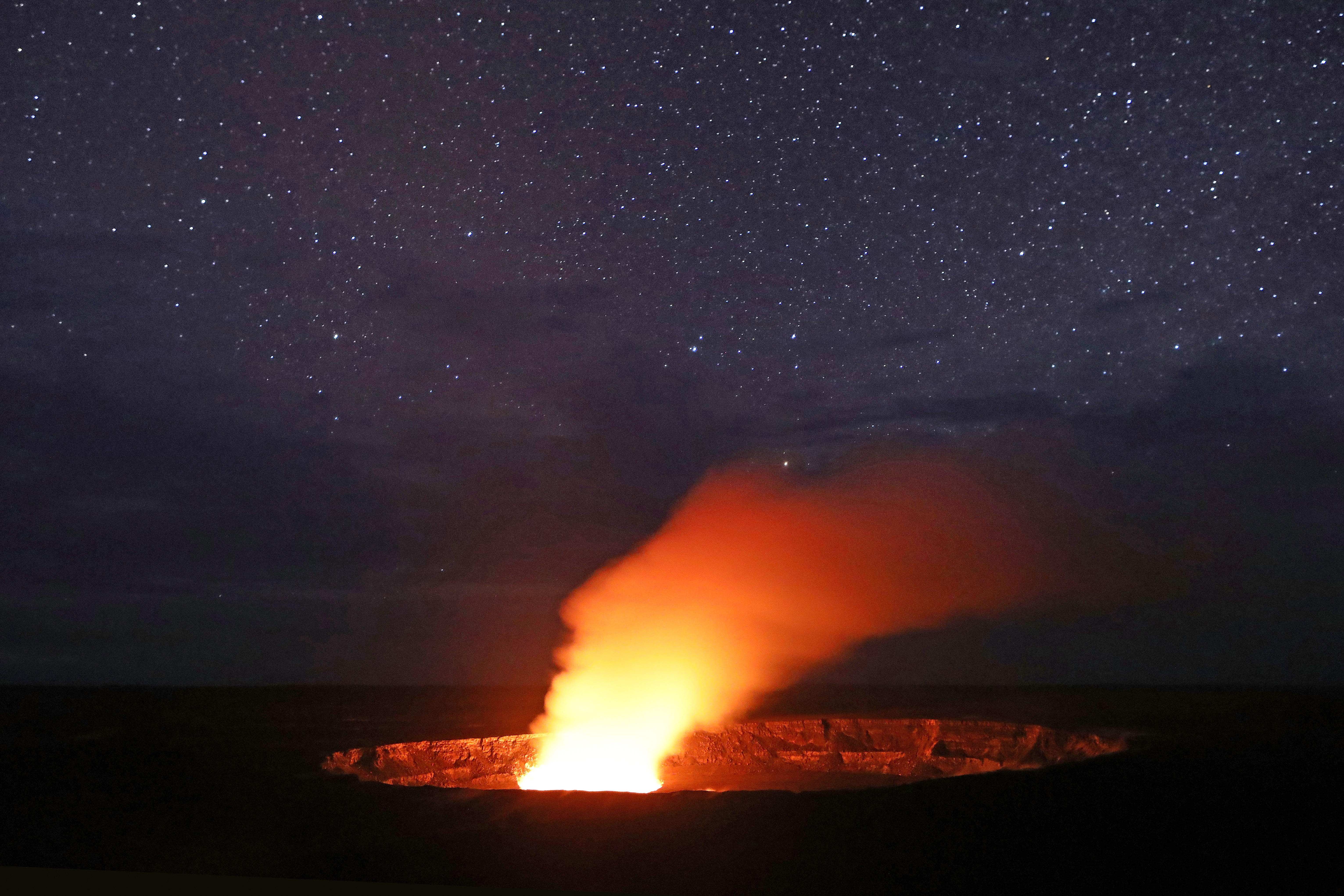 VOLCANOES NATIONAL PARK, Hawaii -- The Kilauea volcano on Hawaii's Big Island has been blowing off toxic steam and releasing lava for a week. But on Thursday, there were signs it could soon explode and widen the disaster.

Geologists are warning a possible explosion at the summit of Kilauea could be the largest in nearly 100 years, hurling boulders the size of refrigerators. The heavy clouds of smoke coming from the main crater on Wednesday were likely triggered by a rock fall from the crater walls.

As the lava levels inside the volcano drain lower, the danger of an eruption can actually increase. When the molten rock reaches groundwater levels, pressurized steam can cause an explosion, shooting rocks and ash miles away from the crater.

Further down the volcano, the underground lava, oozing through cracks in the neighborhood of Leilani Estates is only about a half-mile away from a geothermal power plant. The plant has been shut down, and workers are trucking away 60,000 gallons of flammable liquids. Hawaii Gov. David Ige issued an emergency proclamation to secure the area.

"If you project the line where the fissures are occurring, the PGV facility is on that line, so we definitely want to be prepared," Ige said.

Volcanoes National Park will be closed Friday because of the threat. Scientists think conditions could be right for a major explosion within a few days. The last time that happened was in 1924 when it blasted rock and ash more than five miles into the air.