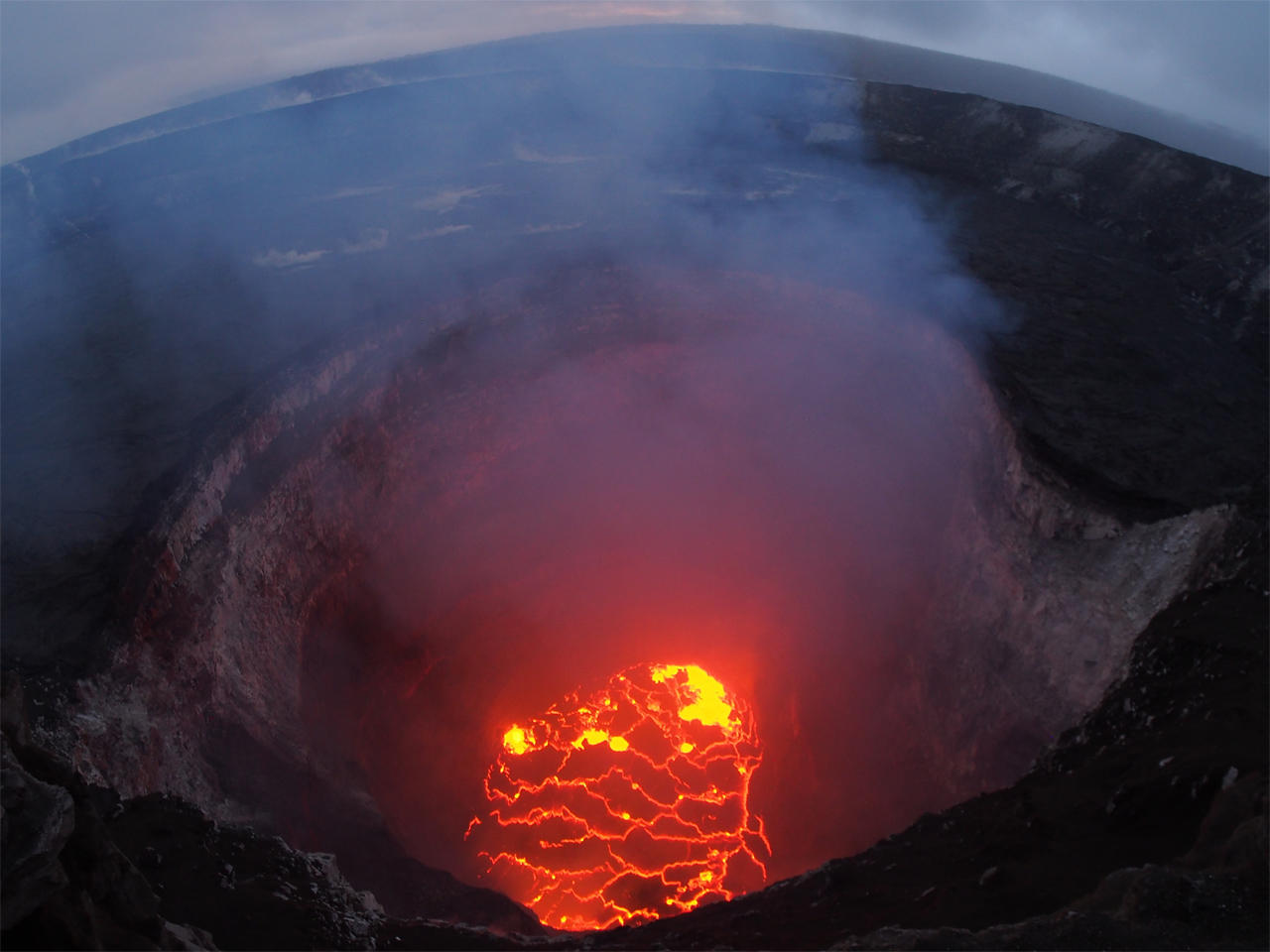 The potential for "explosive eruptions" from Hawaii's Kilauea volcano in the coming weeks is rising, which could result in pebble-sized projectiles being sprayed several miles from the fissures, according to the United States Geological Survey (USGS). Officials in Hawaii said late Wednesday that a 15th fissure opened up.

Wednesday's USGS warning came as residents in the community of Leilani Estates have been under siege from lava.

The USGS also said that nearby towns could be dusted with volcanic ash if such an eruption took place.

The agency tweeted a picture explaining that explosive eruptions can occur when a volcano's magma column drops below the water table and groundwater interacts with hot rock. At that point, steam pressure builds then explodes.

The USGS said that even more violent eruptions could occur, shooting "ballistic rocks" weighing up to several tons about a mile away. In addition, there's the potential for steam and hazardous sulfur dioxide emissions.

The Reuters news agency reports that exposure to very high levels of the gas, which causes acid rain, can be life-threatening, according to the Agency for Toxic Substances and Disease Registry.

CBS News correspondent Carter Evans reported from Pahoa, Hawaii, that residents were warned to stay indoors Wednesday with their windows closed because sulfuric acid in the air can cause headaches, lung irritation and even induce asthma attacks.

Those fumes are called "vog" -- or volcanic fog. They can drift far from the eruption and hang in the air.

Evans followed the National Guard back to the lava zone where they are measuring the levels of sulfur dioxide gas just to see how bad it is (see image below). He said the gas smells like rotten eggs and mentioned that the air is safe as long as the wind is blowing in the opposite direction.

"I hit my [asthma] pump three times this morning," resident Dan Kelly told Evans. "Last night I had to leave I was choking ... and just trying to get out to the ... fresh air down the coast."

Kilauea is the world's most active volcano and has been in near-constant eruption since 1983.

Lava has flowed from fissures and has destroyed at least 36 homes and other buildings, plus anything else in its path, since it erupted about a week ago.

At a Wednesday evening press conference, Hawaii Gov. David Ige reported that a geothermal energy plant is quickening its removal of stored flammable gas. The facility is located across the highway from where lava has been erupting in Leilani Estates.

He said the Puna Geothermal Venture plant has about 50,000 gallons of pentane on site. He said it would be "very hazardous" if a volcanic vent were to open under the facility where the fuel is stored.

Officials expect to finish removing the gas by Thursday.

Authorities had previously ordered nearly 2,000 residents to leave Lanipuna Gardens and the neighboring Leilani Estates, both located in the mostly rural district of Puna on Hawaii's Big Island. But some had ignored the order and stayed to watch over their property.

"There were a number of people at their residences," Talmadge Magno, the administrator for Hawaii County Civil Defense, said at a news conference. There was no sign of holdouts in Lanipuna afterward, he said.

Officials announced Wednesday evening a 15th fissure opened up in Leilani Estates, this after two other ones formed Tuesday. Reuters reports fountains of lava had spewed up to 300 feet from the vents and more than 115 acres of land have been scorched by lava so far.

Evans spoke to other residents this week who lived in the lava's path of destruction.

Kelena Kealoha fled the California wildfires for his dream home in Hawaii.

"I was going to raise my daughters here, but it doesn't look like it was going to turn out to be the scenario we hoped," Kealoha said. "I've never experienced lava consuming all of my possessions before ... I guess it's kind of mixed emotions."

Scientists have no real prediction as to when or where the lava will flow -- or when it will end.

Wednesday evening, NASA tweeted an image from a satellite that passed over the volcanic activity in Hawaii. They wrote that "scientists use a unique set of nine different Earth views to calculate the height of the plume":