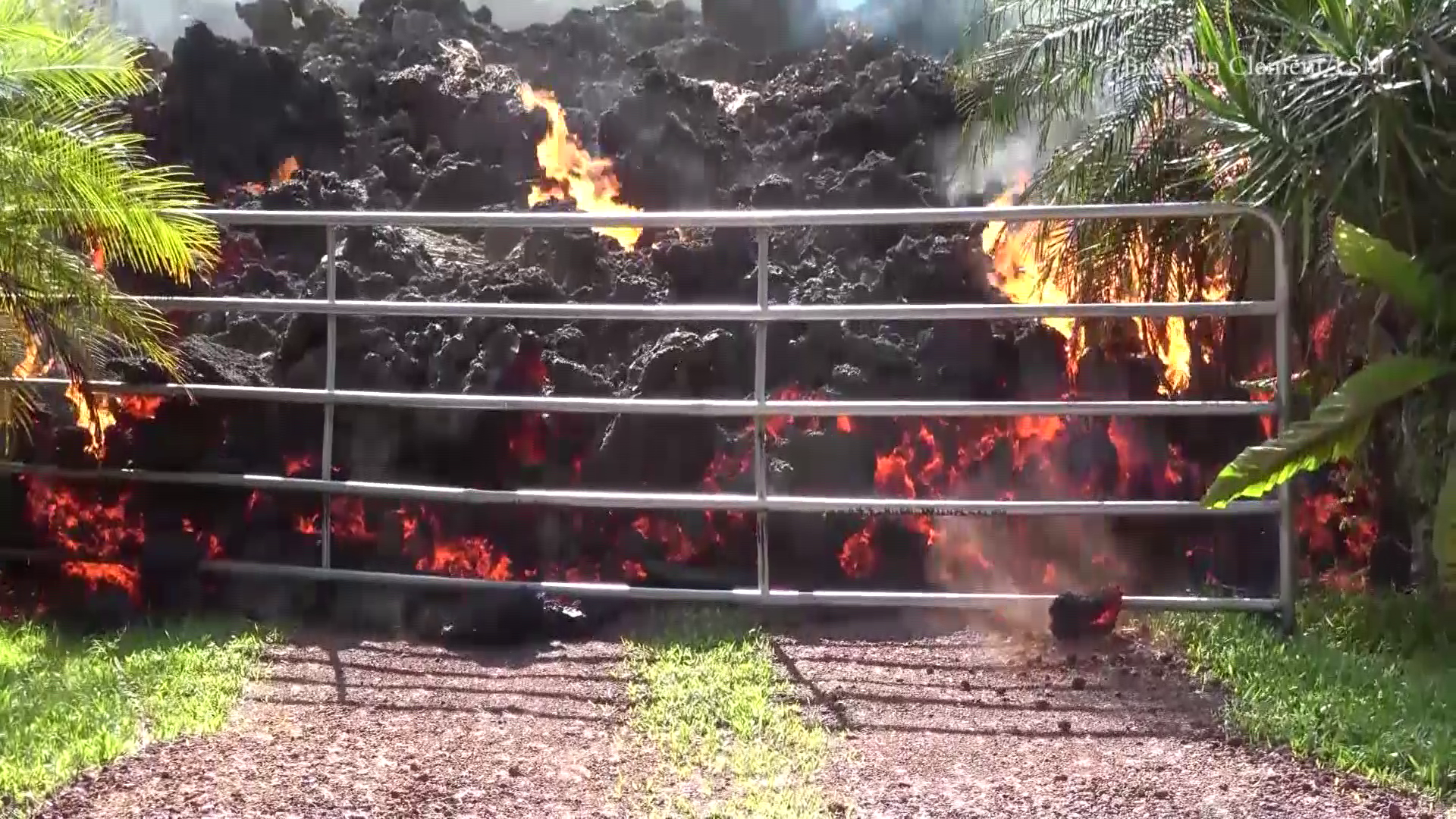 PAHOA, Hawaii -- There's a fountain of lava more than 100 feet high here, and telephone poles are lighting up like matchsticks. Time-lapse video shows a house being consumed by molten rock. All of those images are the haunting results of the Kilauea unleashing its fury.

The lava has already devoured more than two dozen homes in and around the neighborhood of Leilani Estates.

By helicopter, the destruction down below can be seen clearly. There aren't any firefighters down there because there's nothing they can do. The volcano is an unstoppable force.

Kilauea has been in a constant state of eruption since 1983. The most recent eruptions were caused in part by the collapse of a crater that was filled with lava. When it caved in, the lava traveled along a hose-like tunnel underground called a lava tube where built-up pressure formed cracks that burst, spewing lava hundreds of feet into the air.

We hiked through thick brush to see the lava flow up-close.

At first glance it may not look like the lava is moving at all, but looking closer at the leading edge, it is slowing inching forward along the road.

For a second straight day, county officials are allowing some of the 1,700 people evacuated to return to pick up the essentials. They know they might have to leave again at any moment.

Kelena Kealoha fled the California wildfires for his dream home here. Now the lava flows are just feet away.

"I was going to raise my daughters here, but it doesn't look like it was going to turn out to be the scenario we hoped," Kealoha said. "I've never experienced lava consuming all of my possessions before ... I guess it's kind of mixed emotions."

Scientists have no real prediction as to when or where the lava will flow -- or when it will end.