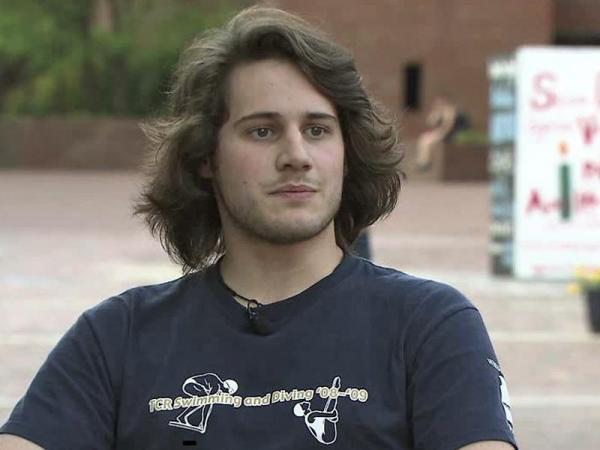 (CBS/WRAL) CHAPEL HILL, N.C. - A gay student who claimed he was attacked and branded in a hate crime wasn't telling the truth, officials with the University of North Carolina at Chapel Hill said Tuesday.

Chancellor Holden Thorp said freshman Quinn Matney, who told authorities he was branded with a searing hot object because of his sexual orientation, filed a false police report, according to CBS affiliate WRAL.

"The alleged aggravated assault reported to campus last night (Monday) did not occur," Thorp wrote in a statement, WRAL reported.

Matney, who is gay, told authorities that on April 5, a man walked up to him near a foot bridge on campus, called him a derogatory name, told him "here is a taste of hell," and held a heated object to his skin for several seconds, leaving third- and fourth-degree burns.

University officials initially called the assault a hate crime and pledged to "bring the strongest possible charges against the attacker."