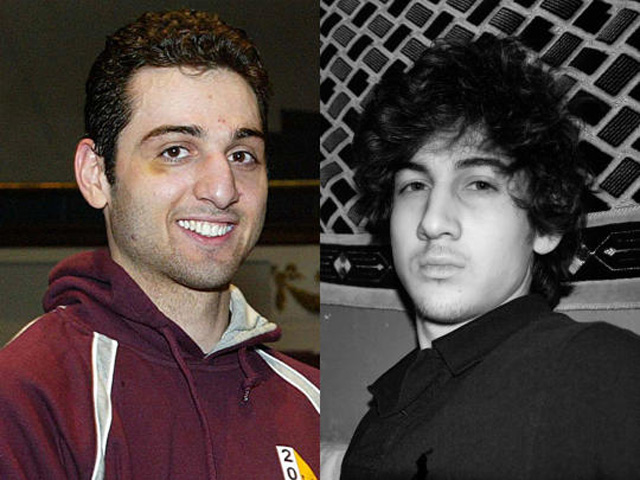 Could we have done more to prevent the Boston bombings? And could we be investigating the case more aggressively in the aftermath?

Those are the questions lurking behind a pattern of mounting criticism from lawmakers who worry that the federal government has bungled the handling of the April 15 bombings at the Boston Marathon that killed three and injured over 250 more. After a brief suspension of hostilities in the wake of tragedy, some in Congress are now increasingly condemning the government's investigation of the case, both before and after the terror attack.

Federal law enforcement and intelligence agencies failed to link critical pieces of information before the attack that might have stopped the suspects in their tracks, several legislators insisted on Sunday.

"I think information sharing failed," Sen. Lindsey Graham, R-S.C., said Sunday on CBS' "Face the Nation", describing the lack of inter-agency communication that allowed bombing suspect Tamerlan Tsarnaev to slip through the cracks, warning, "We're going back to the pre-9/11 stove-piping" and "we're going to have to up our game."

Rep. Peter King, R-N.Y., on NBC's "Meet the Press," said the FBI did an "outstanding job" of solving the case after the attack, but added, "I don't think they did a full investigation beforehand...I think they continued to give the benefit of the doubt" each time Tsarnaev raised a red flag, and "therefore just closed out that investigation."

Rep. Jan Schakowsky, D-Ill., similarly wondered whether the dots were not "all followed" as assiduously as they should have been on ABC's "This Week."

Graham also suggested that authorities, given the older Tsarnaev's history, should have been more attuned to the radical material he was posting on his YouTube account, but Rep. Jason Chaffetz, R-Utah, warned on CNN's "State of the Union" that too much oversight could itself be a problem.

"I also worry about giving up every liberty in the name of security," he said. "I don't want the federal government going in and surfing my Facebook...We have got to be very, very careful with that."

And several lawmakers sprang to the defense of investigators. "I think it's too early to start pointing fingers and blame," said House Intelligence Committee chairman Rep. Mike Rogers, R-Mich., on "This Week," pointing out that the FBI's investigation yielded no "derogatory information" about the suspects.

"At some point, the FBI doesn't just get to investigate Americans or people here who are here illegally just because they want to," he said."

"The FBI is bound by law," explained CBS News senior correspondent John Miller, on "Face the Nation," "And they did a 90-day assessment on this, which means they investigated this guy for three months. But after that, the rules say, if you don't find something that's not covered by the first amendment or that's going to lead you somewhere else, you have to close that out."

Rep. Keith Ellison, D-Minn., on NBC, said, "Every single day, the FBI and law enforcement protects this country. These terrorists they've just got to get through once...The fact is, on an everyday basis, I feel really good about our nation's law enforcement."

But while some lawmakers were fixated on what could have been, other were more concerned about what might be next, expressing concern that the government hamstrung investigators by prematurely reading younger suspect Dzhokhar Tsarnaev his Miranda rights and cutting off a flow of valuable anti-terror information.

"I think they pulled the trigger too soon," said Sen. Joe Manchin, D-W.V., on "Fox News Sunday." "I would have liked that process of him being interrogated to go further than reading Miranda rights as quick as they did. And I would have thought [the Department of Justice] could have intervened and stopped that from happening."

"We should extract all the information we can before we give him rights that American citizens are entitled to," Manchin said of Tsarnaev, a naturalized American citizen.

Manchin was echoed by Sen. Dan Coats, R-Ind., who said on CNN, "I was very surprised that they moved as quickly as they did" to Mirandize Tsarnaev.

"We had, I think, legal reasons and follow-up investigative reasons to drag this out a little bit longer," he explained. "We could have done that."

"Once they...gave the Miranda warning to the surviving brother, he stopped talking," CBS News' Miller pointed out on "Face the Nation." "They had a couple of days with him, about 16 hours of questioning in full."

When Coats was asked whether the investigators lost any valuable information by Mirandizing Tsarnaev when they did, he replied, "We won't know, because now his lawyers are not allowing him to say anything."

But Rep. Adam Schiff, D-Calif., appearing alongside Coats on CNN, disagreed with his Republican colleague, saying the government could not legally justify any further postponement of Tsarnaev's Miranda rights.

"I think it looks like the FBI got what they needed in terms of making sure the public was safe, and that's really the basis of the public safety exception," which the government invoked to justify their initial delay in reading Tsarnaev his rights, he said. "The FBI is always going to want to interview as long as they possibly can to get into what happened overseas and the full nature of the plot," Schiff explained, "but the public safety exception only goes really to protecting the public, and once they have gotten the information they need to do that, that's really the full length and dimension of that exception."