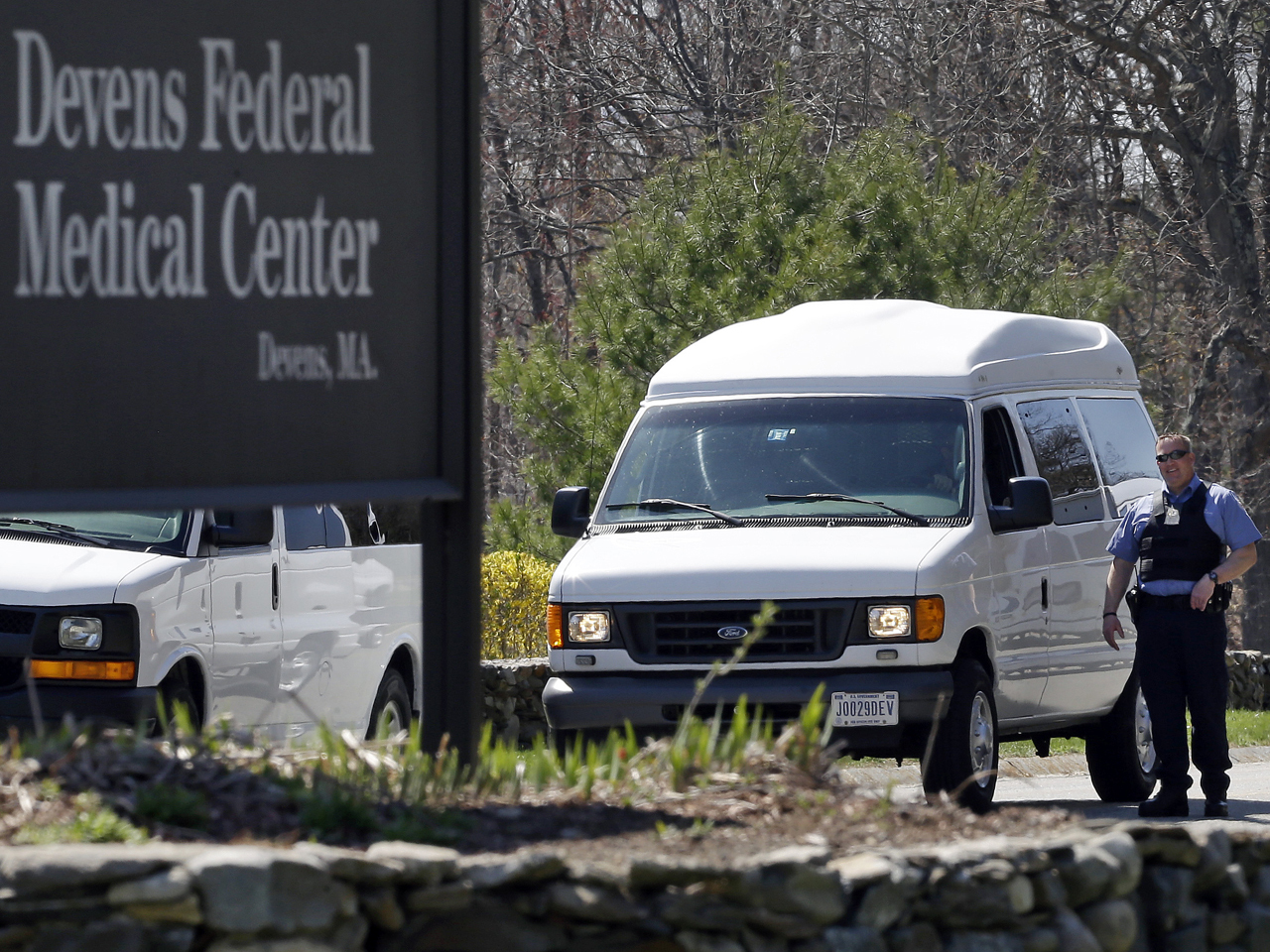 AYER, Mass. The Boston Marathon bombing suspect is being held in a small cell with a steel door at a federal medical detention center about 40 miles outside the city, a federal official said Saturday.

Federal Medical Center Devens spokesman John Collauti described the conditions under which 19-year-old Dzhokhar Tsarnaev was being held in the Ayer facility after being moved there from a hospital Friday.

Tsarnaev was injured during a police chase Thursday in which his brother, also a suspect in the bombing, was fatally wounded.

Collauti said in a telephone interview that Tsarnaev is in secure housing where authorities can monitor him. His cell has a solid steel door with an observation window and a slot for passing food and medication.

Also, inmates in the more restrictive section do not have access to TVs or radios, but can read books and other materials, he said.

"Really this type of facility is fully capable of handling him and it's not that much of an inconvenience because it's more or less business as usual," Collauti said.

Tsarnaev's mother said the bombing allegations against her son are lies.

Meanwhile, Russian authorities secretly recorded a telephone conversation in 2011 in which one of the Boston bombing suspects had a conversation with his mother of a radical nature, officials confirmed to CBS News correspondent Bob Orr Saturday, days after the U.S. government finally received details about the call.

In another conversation, the mother of now-dead bombing suspect Tamerlan Tsarnaev was recorded talking to someone in southern Russia who is under FBI investigation in an unrelated case, officials told The Associated Press.

The conversations are significant because, had they been revealed earlier, they might have been enough evidence for the FBI to initiate a more thorough investigation of the Tsarnaev family.

As it was, Russian authorities told the FBI only that they had concerns that Tamerlan and his mother were religious extremists. With no additional information, the FBI conducted a limited inquiry and closed the case in June 2011.

On Saturday, authorities ended their two-day search of a landfill 60 miles south of Boston, near where Dzokhar attended college.