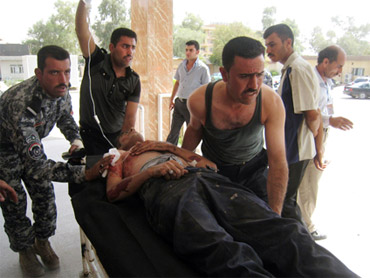 Reversing a decision made last year, Harvard Law School will fully cooperate with Pentagon recruiters this fall as it awaits a U.S. Supreme Court ruling on the constitutionality of a law requiring schools to open their doors to the military.

The dispute concerns a decade-old law called the Solomon Amendment that requires campuses to offer full recruiting access to the Pentagon or risk losing federal grants. Before it was enforced, numerous law schools denied the military formal recruiting access because they said the government's "don't ask don't tell" policy on gays in the military violates the schools' nondiscrimination guidelines for recruiters.

Last year, the U.S. 3rd Circuit Court of Appeals sided with law schools who had sued to overturn the law on free speech grounds.

After that decision, most schools said they would continue to abide by the law pending a final ruling from the Supreme Court, which will hear the case in December. Harvard, however, reverted to its old policy and did not offer formal recruiting cooperation last spring.

But in an e-mail sent to students late Tuesday, Dean Elena Kagan said the Pentagon had told Harvard it would enforce the law despite the 3rd Circuit ruling, potentially costing the university — and especially its research-intensive medical and public health schools — hundreds of millions of dollars. Overall, about 15 percent of the university's budget comes from the government.

A group of Harvard faculty planned to file a brief Wednesday to the Supreme Court urging that the law be overturned, as did a separate consortium of law schools.

Last week, three law schools, including New York Law School, were listed in the federal register as ineligible for federal funds for denying full cooperation to military recruiters, according to Kent Greenfield, a Boston College law professor active in the case opposing the law. But all three were "stand-alone" law schools that were not putting other parts of their universities at risk of losing federal money.

Yale Law School also has reinstated its policy denying formal access to military recruiters, but it is protected by a separate injunction from a federal judge that prevents the Pentagon from enforcing the policy there.

HLS Lambda, a group representing gay students at Harvard, posted a statement on its Web site saying the group wished the university had more actively opposed the law, but applauded Kagan for barring recruiters last November.

The group said the Pentagon's policy on gays and the law threatening to deny universities funding "serve neither its interests nor the country's as a whole."