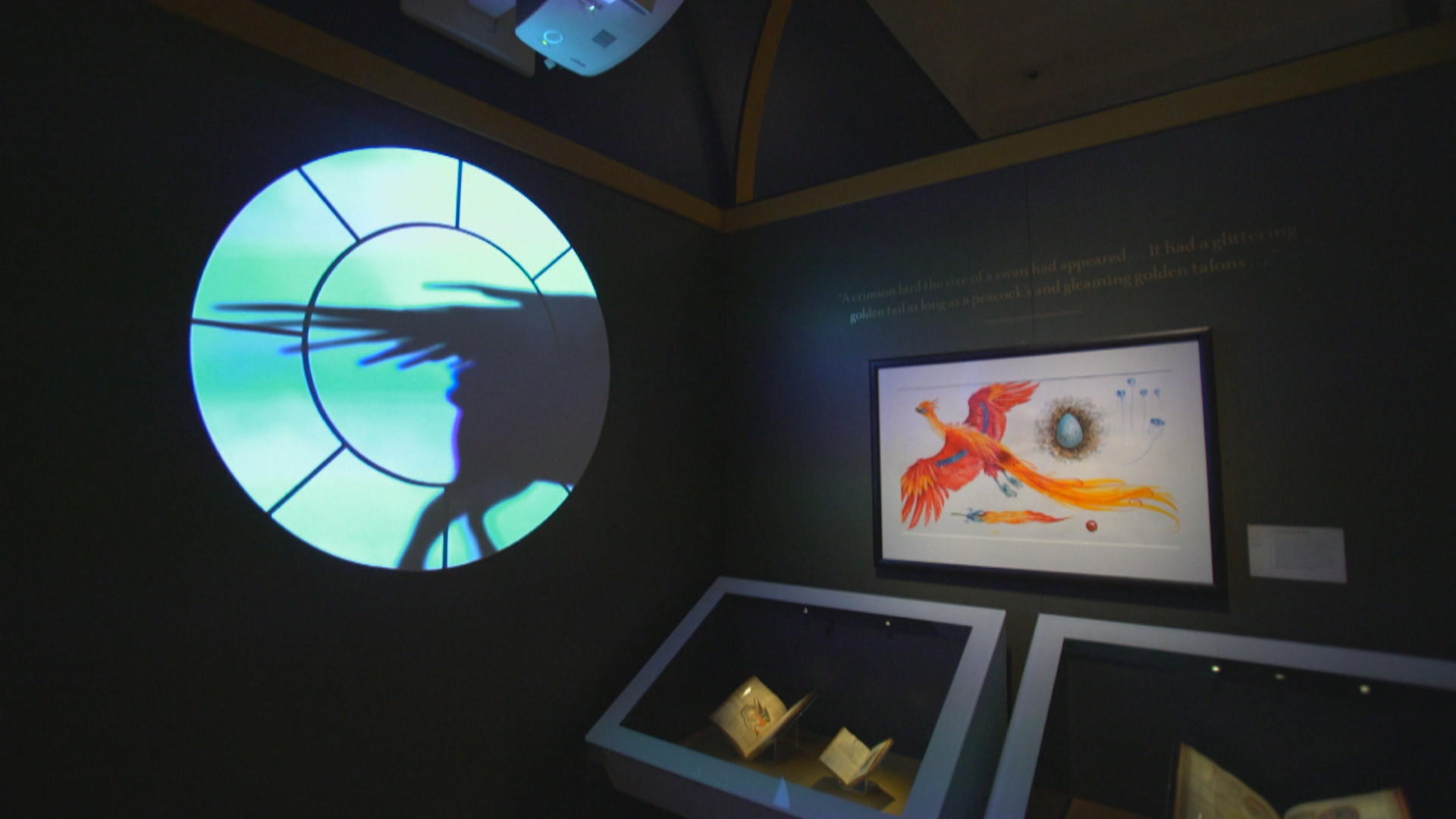 It's been just over 20 years since the U.S. was first introduced to the world's most famous wizard and the magical universe he lives in. But as you'll learn in a new exhibit about the history of Harry Potter, much of the inspiration for the fictional series is firmly rooted in real life.

Author J.K. Rowling "took things that she had chanced upon in used bookshops like 'Culpepper's Herbology' and she used that as her sort of touchstone. And she jumped off to create this incredible universe which has allusions to other things," said Roberta Olson, the curator of the New York Historical Society's exhibit, "Harry Potter: A History of Magic."

"He was an actual person who lived in Paris … and when they opened his tomb, there was nothing there and it led to the whole legend that he was an alchemist and he had discovered the secret of life, the elixir of life," Olson said.

Flamel is the maker of the mythical sorcerer's stone which can provide its owner everlasting life. It's also the name of the first book in the series.

That first book might never have seen the light of day if not for a book review by a young Alice Newtown. After eight publishers and refusals, J.K. Rowling submitted to Bloomsbury Press, owned by Nigel Newton, who gave it to his eight-year-old daughter. She wrote, "This is the most wonderful book I've ever read."

The film releases catapulted the popularity of the brand even higher, making Saylor's job that much harder.

"Everyone is badgering you. Your nieces, your nephews, your friends. Everyone at work wants to know sort of what's happening with the book but you have to keep it a secret. And I have to say, I got very good at it," Saylor said.

Another closely guarded secret: the illustrations that brought book jackets and chapter pages to life. For that, Saylor relied on the artistry of Mary GrandPré. She'd send her ideas via fax, including the cover for an early offering for an American working title: "Harry Potter and the School of Magic."

But Saylor's prized possession is a sketch of Sirius Black from the third book, "Harry Potter and the Prisoner of Azkaban," given to him by the artist herself. It's prized because his is actually the signature of Sirius Black in the books.

GrandPré's pieces along with the works of three other artists hang throughout the exhibit – a journey across continents and across time that's both educational and interactive.

Asked what is the best of piece of history in the exhibit, curator Roberta Olson said, "That there are new things under the sun. That there are always new things and old things, and that the interplay of objects and ideas is everlasting, ever-unfolding. It's like a kaleidoscope. You turn it, it's always different. And that is magic."

"Harry Potter: A History of Magic" continues at the New York Historical Society until January 27.