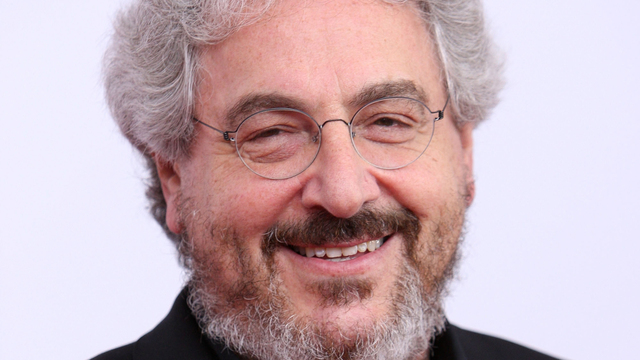 Hollywood is mourning the death of Harold Ramis, the filmmaker who created classics like "Groundhog Day" and "Caddyshack," and starred in the "Ghostbusters" movies.

Ramis passed away at the age of 69 due to complications from autoimmune inflammatory vasculitis. The writer, actor and director had been diagnosed with the disease just four years prior to his death.

Autoimmune inflammatory vasculitis is a disease that causes inflammation of the blood vessels.

Dr. Waseem Mir, a rheumatologist at Lenox Hill Hospital in New York who was not involved in Ramis' care, said to CBS News that only 1 percent of the U.S. population has this disease, making it extremely rare.

"Your immune system is attacking your blood vessels and causing inflammation," he explained.

According to the Vasculitis Foundation, this can cause a weakening and narrowing of the walls of the blood vessels, leading to blockages. Then, affected organs and tissues don’t get the blood they need to function, causing them to die.


Dr. David S. Pisetsky, a professor of medicine and immunology at Duke University Medical Center and a scientific advisor to the Lupus Research Institute, who was also not involved in Ramis’ case, added to CBS News that various types of vasculitis can affect any of the five types of blood vessels there are in the body: arteries, arterioles, capillaries, venules and veins.

It is unclear which of Ramis' organs and tissues were affected by the disease or which kind of blood vessels were damaged.

Some forms of vasculitis can be a side-effect of an infection. The condition can also be part of other autoimmune diseases like lupus or rheumatoid arthritis.

People can live years with autoimmune inflammatory vasculitis without any symptoms. In more serious cases, vasculitis can cause anything from kidney disease, nervous system damage, internal organ damage or bowel damage because of the lack of blood flow. It can shut down the kidneys, inflame the blood vessels around the lungs, preventing proper oxygen exchange, or cause inflammation around the heart.

"What happens is over time signs and symptoms begin to appear and accumulate," Pisetsky said, adding that kidneys are often involved in severe cases. "Some manifestations start to become more common, and we see more different organs and tissues get involved."

There are some treatments for vasculitis, including various steroids or a drug used to treat certain types of cancers called Cytoxin. Recently, anti-B-cell therapy has been shown to be effective against the disease. Some forms of vasculitis are self-limited, meaning that they will resolve naturally without any treatment.

Mir said most patients with the disease don’t die within a few years of diagnosis, but some cases can become very serious quickly.

"If a disease is complicated and very aggressive and not responding to medication, it can lead to complications faster," he said.

Researchers may be closer to unlocking more about this rare disease through research on autoantibody diseases like lupus. Autoantibodies are types of proteins made by the immune system that attack one of the body’s own "good" proteins. Because vessel inflammation is a feature of some of these more common autoantibody diseases like lupus, quite a bit of research has been done on autoimmune inflammatory vasculitis despite not many people having the disorder.

“Autoantibodies themselves are very important clues to what is going on,” said Pisetsky.