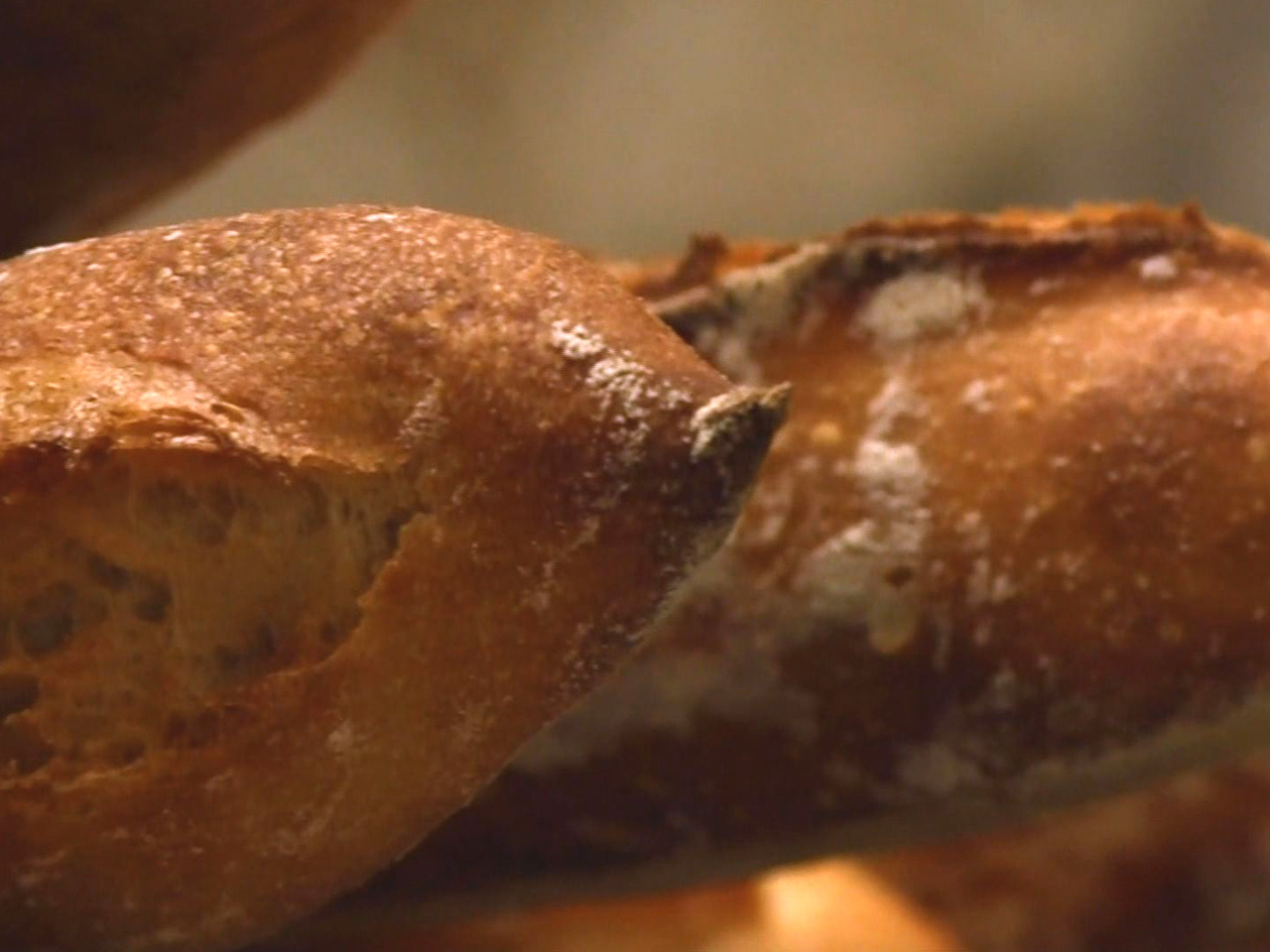 (CBS News)   The long baguette has long been a symbol of France. So why are more and more people there saying they don't live by bread alone?  Here's David Turecamo, Our Man In Paris:

France is a country that prides itself on its bread, and no bread is more popular than the baguette. Ten billion baguetes are sold every year in France. There's even an annual competition for the best baguette in Paris. And this year, for the first time ever, the winning baker was a Tunisian immigrant, Ridha Khadher.

"I was 15 when I started as an apprentice in a baker," said Khadher.

Because this is the way a young person learns the trade: developing their skill to such a degree that they can ultimately take the ordinary and make it exceptional. This is what is known as an artisan, an artisanal baker

And because he makes the best baguette, every morning for the next year Ridha will have the honor of delivering his baguettes to the French President, Francois Hollande.

But how can one judge a baguette, to say one is better than the other?  Professor Steven Kaplan, considered the expert on bread, said to "listen" to the bread: "The way it sings, that's quite astonishing.

"To evaluate the quality of a baguette, there are six criteria," he told Turecamo. "The first is appearance; it needs to incite one's desire to eat. The second is the crust; it needs to be crusty.

"The third is the crumb, and to look at the crumb we have to open up the baguette.

"And a good baguette is going to be marked by what we call an aveulage -- these little holes. It should have a kind of seductive and fleshy quality to it. Mouth feel -- you want t put it in your mouth. And for the aroma you want to force out."

So enticing . . . it's hard to imagine that the French are eating less bread.

The level of bread consumption since 1900 has fallen more than 80 percent!

One of the icons of French gastronomy seems to be slipping away.

Last summer the bakers' lobby actually mounted a campaign based on "Got milk?" It translates as, "Hey, d'ya pick up the bread?"

They always will, even if it's not always made the traditional way.

Meet the other 40: It's taken several decades, but machines have become more sophisticated, able to perform more and more of a baker's task -- faster and cheaper -- and obviously the French are supporting it.

"That's not because the industrial bakers simply offer a cheaper bread, it's because they've gotten much better at it," said Kaplan.

Want proof? A couple of weeks ago, French television tried an experiment. In a blind taste test, a noted chef was given four baguettes: two were artisinal, two were industrial.

The chef gave the gold medal to one that comes from a factory.

Young people especially have changed their eating habits. Bread is no longer a priority except as a sandwich.

"Now it's difficult to find an apprentice," said Ridha Khadher, "because it's a very difficult job. But it's a beautiful job and a noble one."

And, sadly, the French no longer seem to care who, or what, is making their baguette.