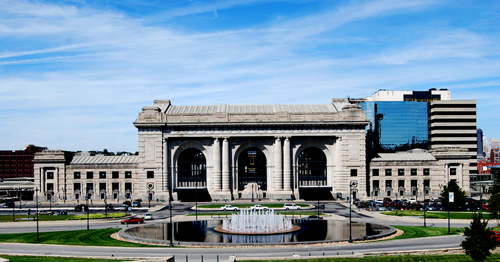 (MoneyWatch) And the haunted house capital of the world is... Kansas City, Mo. That should be no surprise, because the city is home to some of the most popular scream factories around. That includes America's largest haunted house, "The Edge of Hell," a popular attraction that holds the Guinness World Record for the largest anaconda in captivity.

Kansas City has a list of creepy places to visit, from haunted hotels to scary burial ground:

Stull Cemetery: According to local legend, this cemetery is one of seven gateways to hell. In fact, it's rumored that the devil himself appears on the night of the spring equinox, hoping to visit a witch who's supposedly buried at Stull. Visitors also report having seen the ghost of a boy who is said to be the son of the devil and the witch.

The Hotel Savoy: Built in 1888, this hotel has reportedly seen the likes of John D. Rockefeller, Teddy Roosevelt and W.C. Fields. They're long gone, but other past hotel patrons have decided to stick around. Two of the hotel's most famous ghosts are Betsy Ward and Fred Lightner. Betsy reportedly died in room 505 and never left. Witnesses claim to have heard water turning on and off and music playing in the room when no one is staying there. Fred reportedly has appeared to numerous guests and staff, often rearranging their belongings. Mysterious shadows and strange voices also been reported.

Union Station: This railway station was completed in 1914 and was the site of the infamous Kansas City Massacre of 1933. The deadly shootout between organized criminals and the FBI resulted in the death of four lawmen. The headless ghost of the criminal the authorities had been chasing that night, Frank "Jelly" Nash, is today said to roam the halls of Union Station. Employees and visitors also have reported ghosts of a woman dressed in black and of travelers with suitcases also haunting the station.

St. Mary's Episcopal Church: Mass has been offered at the church since 1888, though the congregation traces its roots back to 1857. According to lore, the ghost of controversial rector Father Henry David Jardine haunts the ornate building. He led the church from 1879 to 1886, before it resided at the current location, and died in what at the time was ruled a suicide. He was not buried in consecrated ground until being exonerated 35 years later.

John Wornall House: Now a museum, the John Wornall House overlooks Loose Park, the scene of a terrible Civil War battle that involved nearly 30,000 soldiers. When the battle began, the home became a field hospital for wounded and dying soldiers. Guests and employees of the museum have reported seeing armed soldiers on the stairs, guarding doors and patrolling the balcony. Members of the Wornall family also are said to have been spotted.