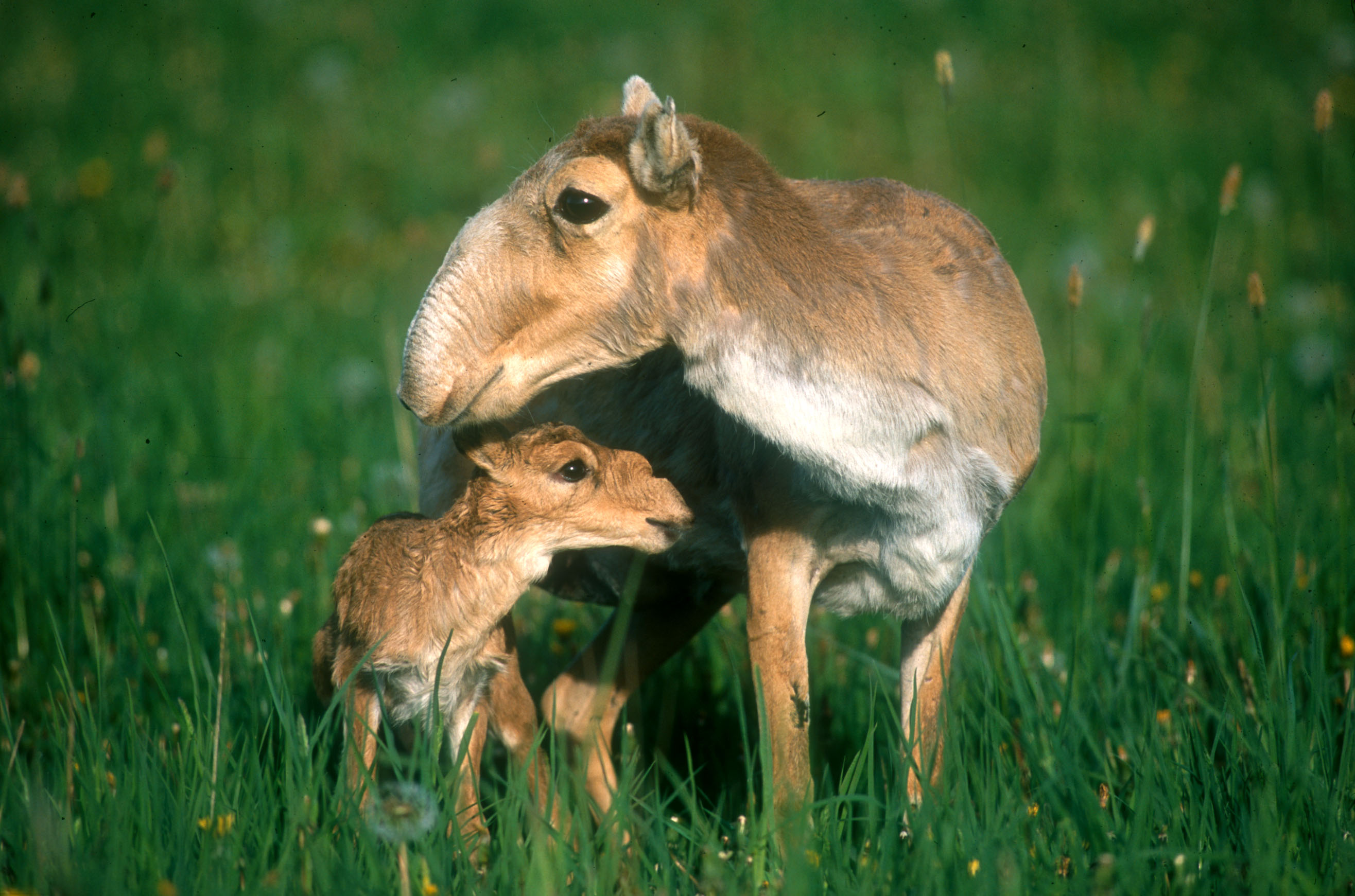 What do you do when half a species dies practically all at once?

That was the question that faced delegates from Russia, Kazakhstan, Uzbekistan, Mongolia and China when they met last week to discuss the sudden die-off earlier this year of tens of thousands of critically endangered saiga, a small antelope native to central Asia.

Over the course of just two weeks during the animals' summer calving season, more than half of the world's population of the knobby-legged ungulates with outsized snouts were found dead in the Uzbeki steppe lands, according to the Wildlife Conservation Society.

Experts don't know what killed 60,000 or so male, female and newborn saiga in one fell swoop. It could have been some combination of disease coupled with changes in weather or vegetation. Whatever the cause, the massive number of deaths appears to be unprecedented.

"Significant disease-related die-offs are not new events for the saiga," said Dr. Denise McAloose, head of pathology for the WCS Health Program. "Much smaller but serious die-offs have occurred over the past few decades. What is surprising and of great concern in this case is the size and extent of the event -- entire herds suffered near-100 percent mortality."

It's a sad and scary state of affairs for an animal that was only recently seeing great rebounds in numbers.

Millions of saiga once roamed the grasslands of Asia, but at the end of the last century, poaching drove the species to the brink of extinction. Killed for their horns, which are used in traditional medicines in China and Southeast Asia, the population declined by 97 percent in just two decades.

Conservation efforts successfully grew counts from 50,000 to more than 200,000 over the last few years -- gains that are now largely canceled out by the mysterious mortality event.

"This shows the danger of allowing species to decline and the importance of disease as a risk factor. Mortality events that once had limited impact on the large global population now have the potential to drive the few remaining animals quickly to extinction," said WCS's Stephane Ostrowski.

The WCS was among several groups that met last week in Tashkent, Uzbekistan to create a five-year plan that will improve research and monitoring of diseases, increase anti-poaching efforts, and control the rapid development of roads, railways and fences that interfere with the saiga's natural migration routes.

"Until this die-off, the story of the saiga was one of human-induced tragedy followed by one of the world's real conservation success stories," Peter Zahler, WCS regional director for Asia, said in a statement. "This die-off is a major setback, but it is also a wake-up call."