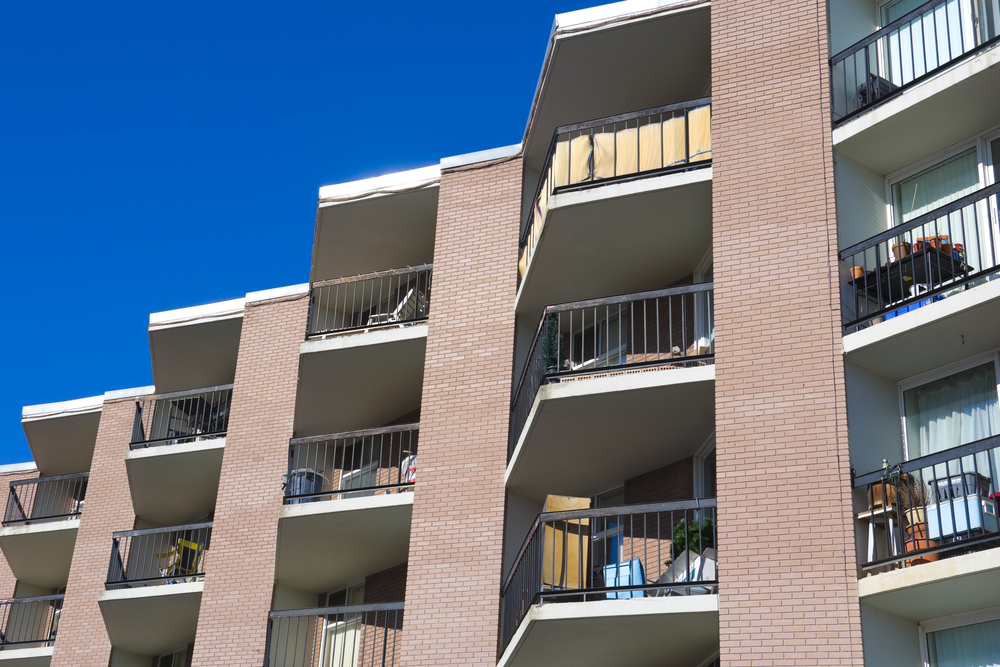 Nearly half of all renters spend more than they can afford on rising rent costs, according to a new report from Harvard's Joint Center for Housing Studies.

The number of renters that spend more than 30 percent of their income on rent -- that's the threshold after which housing costs are considered unaffordable -- has exploded in the last decade, from 38 percent in 2000 to nearly 50 percent today.

At more than 20 million households, that's the largest number of cost-burdened renters in history and the largest decade-over-decade increase ever recorded, the study notes.

Worse yet, 27 percent of those renters actually spend more than half their paycheck on rent, up from only 19 percent in 2000.

To put that in perspective, about a quarter of renters were paying more than 30 percent of income on rent in the 1960s, and only about 11 percent of those were putting more than half their income toward rent.

On top of that, these escalating affordability problems are affecting more people than before. The share of renters in the U.S. has grown from 31 percent in 2004 to 35 percent in 2012, representing 43 million households, according to the Harvard study.

While demand has increased, supply hasn't. Renters are faced with a nearly 5 million shortfall in available, affordable units, a huge increase from the almost 2 million reported shortfall in 2001. At the same time, the number of low-income renters assisted by government programs dropped from 28 percent in 2003 to below 24 percent in 2011.

Thanks to this mismatched supply and demand dynamic, rent prices are up with median rent prices climbing 6 percent between 2000 and 2012.

But it's not just price increases that are making housing costs unaffordable for half the nation's renters. Income hasn't kept up with that cost growth either. In fact, renter income hasn't grown at all. The median income of renters dropped by a staggering 13 percent, according to the study.

"There's a yawning divide between what renters earn and what rent costs and that's really driving the affordability problem," said Chris Herbert, research director of the Harvard Joint Center for Housing Studies. "That's the kind of divide we need to think about closing."

For extremely low-income renters -- those earning 30 percent less than the median income of their area -- that means two choices: Earn more or spend less.

Most renters are single and earning one to three times the minimum wage. Nearly half of these cost-burdened renters earn less than $30,000, with 22 percent of those earning less than $15,000, which is roughly equivalent to working full-time at minimum wage.

So instead, they are forced to cut, he said.

Lowest income households have to slash their food, transportation and medical budgets while devoting little money to retirement and other savings, the report showed. The single biggest item on that budget list is food and so to make up for money lost on rent, these households report cutting their food costs by 40 percent, Herbert said.

And it doesn't look like this problem is going to go away anytime soon. Vacancies are steadily declining from a record high of 10.6 percent in 2009 to 8.4 percent in the beginning of 2013, edging close to levels not seen since the early 1990s.

In the meanwhile, rental units simply aren't coming on line fast enough. While multi-family construction has rebounded -- multi-family starts climbed 31 percent through the first eight months of 2013 to a seasonally adjusted annual rate of 294,000 units -- construction is still well below the 340,000 annual average prevailing in the decade before the downturn, the study found.

With demand still elevated and supply still deflated, finding affordable housing will remain a problem, particularly for low-income households, for some time.

While Herbert stopped short of calling the issue a crisis, he said instead that it is an issue that's been building for a long time and getting worse.

"This is certainly something that requires action," he said.