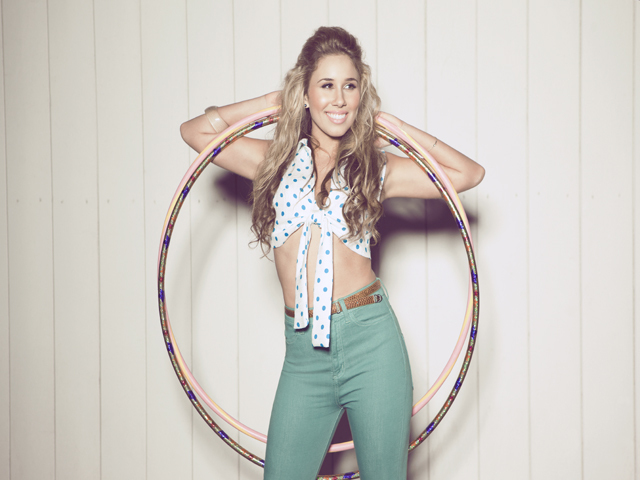 "Third place was a perfect place for me," she told CBSNews.com. The Wheeling, Ill., native, who now calls Los Angeles home, said she wouldn't change a thing about her "Idol" experience in 2011.

"I have no regrets because it all led me here to this very day -- to this album release," she said.

That album is "Listen Up!," out today  on Interscope Records, featuring a mix of sounds. In Reinhart's words: "There's soul on it, there's the rock side, the funky side. Channeling things like retro music, Motown."

The classic influences bleed through the album's 10 tracks.

Reinhart comes from a musical family, too. Her father played guitar for blues-rock band Midnight, and her mother sang with The Company She Keeps before joining Midnight in 1977.

"I grew up with the classics, and a lot of great music in a lot of different genres," Reinhart, 21, said. "I didn't want to think too hard about putting all these things together."

That spontaneity shines through the entire album, which features a guest appearance by rapper B.o.B. on the track, "Oh My!"

When Reinhart, who co-wrote all but one song on her debut, finished recording "Oh My!" she realized the track was actually too short. It called out for a little something extra.

"We figured we needed to fill it up, so I made a little breakout part, which is now after the rap," she said. "B.o.B. really fit the bill. He had that swankiness to his voice, to his words."

Reinhart has spent the last couple of months gearing up for the album's release. She also returned to "American Idol" to debut her piano-driven lead single, "Free."

"It was something else," she said about going back to the "Idol" stage. "I had my 'Idol' family who was rooting for me. It was very cool to bring it full circle, show people how far I've come and how I'm not going anywhere."