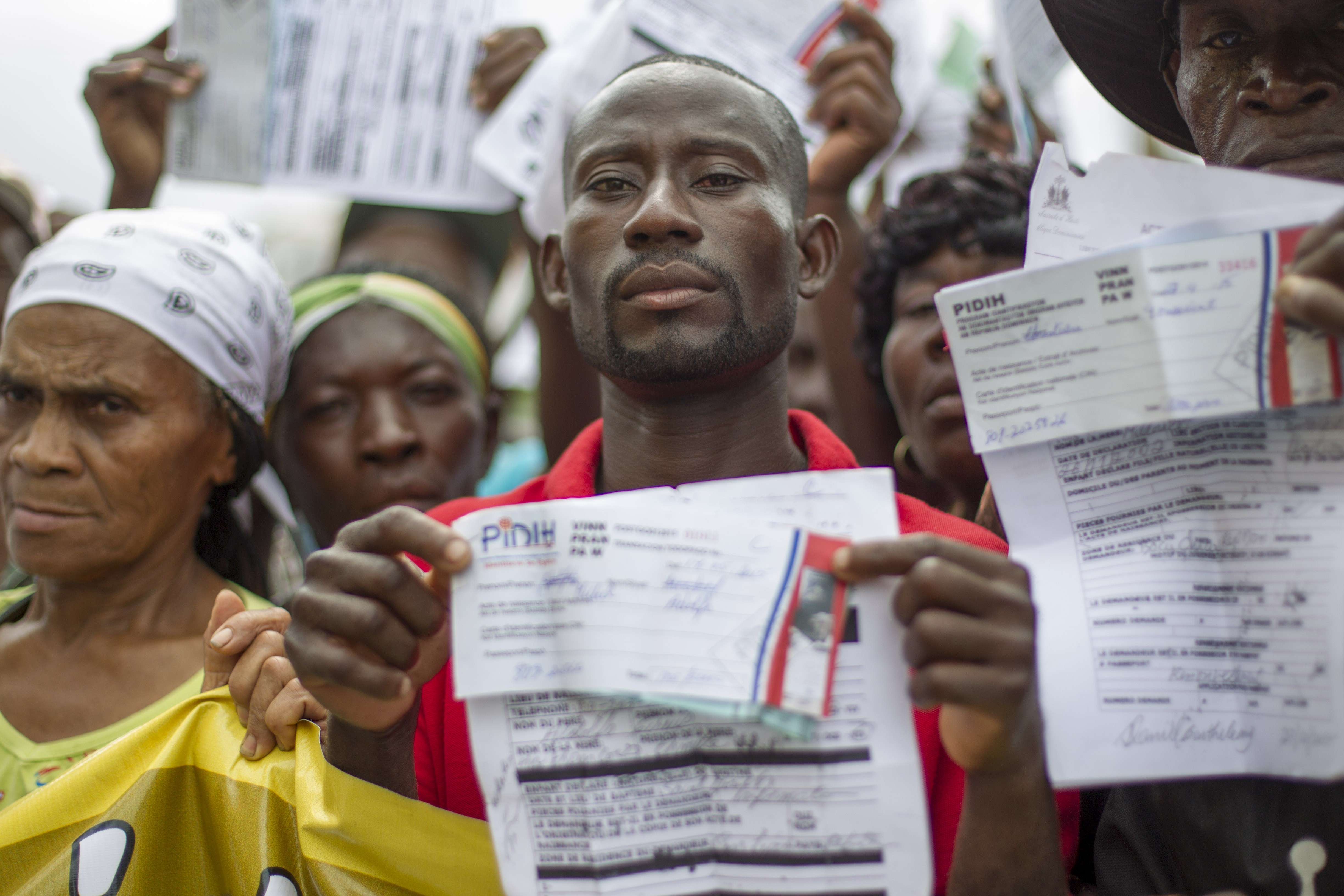 SANTO DOMINGO, Dominican Republic -- Haitians and other non-citizens stood in long lines across the Dominican Republic on Monday in last-minute bids to secure legal residency, hurrying to beat a looming paperwork deadline along with the threat of possible quick deportation.

Lines snaked outside Interior Ministry offices as foreign residents, who are overwhelmingly from neighboring Haiti, sought to submit papers before a 7 p.m. Tuesday deadline. Many said they have had to spend all day and return multiple times after being told they lacked sufficient documentation to complete the applications.

"You still have to bring more papers. It's always hard, but we'll see," bricklayer Aime Morette said as he waited with more than 140 other people to submit his application.

Morette, a 28-year-old who has a wife and two children, said he has lived more than half his life in the Dominican Republic, but that doesn't automatically qualify him for legal residency under an initiative begun last year aimed at regulating the migration of workers who have long flowed across the border from Haiti.

Under the program, the government said it would consider granting legal residency to non-citizens who could establish their identity and prove they arrived before October 2011.

Officials estimated up to 500,000 people were in this category, and relatively few have been able to provide sufficient documentation. Interior Minister Ramon Fadul said about 250,000 people have at least started the application process but only 10,000 had met all the requirements for legal residency. So far, only about 300 have actually received permits.

Fadul has said anyone who does not register could be deported. While officials have said there will be no mass round-ups, authorities have prepared 12 buses and opened processing centers along the border with Haiti to expedite repatriations.

Part of the problem has been that employers in the Dominican Republic are not providing workers with documentation to prove they have been in the country long enough to qualify. Another hurdle has been the Haitian government, which despite pledges to improve the process has been slow to provide birth certificates and other forms of identification to its citizens and has charged more than many people can afford to pay.

Molaire Cadon, a 66-year-old who came across the border as a 13-year-old to work in Dominican sugar cane fields, said he has been waiting for months and gone multiple times to the Haitian Embassy in Santo Domingo trying to get his birth certificate. "They always tell me it will come but they give me nothing," he said.

The Dominican government launched the program after international criticism of a 2013 ruling by its Supreme Court that people born in the country to non-citizens all the way back to 1929 did not qualify for citizenship, effectively stripping tens of thousands of people of their nationality.

The government has announced that it plans to restore nationality for more than 50,000 people who were born in the country and enrolled in a civil registry.