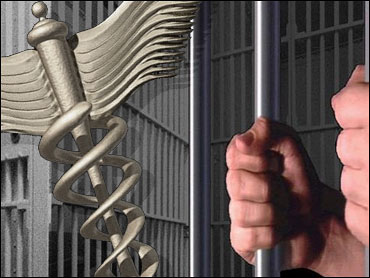 A gynecologist convicted of raping and fondling women who came to his clinics for treatment was sentenced Monday to 20 years in prison.

"They will be sleeping with both eyes closed for the first time in so many years," said lawyer Harish Bharti, who is representing dozens of women in lawsuits against Momah and his twin, who allegedly sometimes pretended to be the gynecologist.

In 2000, a former patient, Jolie Campbell, told the King County Sheriff's Office that Momah had performed unnecessary surgery on her, deliberately gotten her addicted to painkillers, raped her five years earlier and told her no one would believe her if she reported the rape because she was addicted to drugs.

Momah continued practicing until Sept. 11, 2003, when his license was suspended after another patient reported being raped. By June 2004, 44 women had sued him.