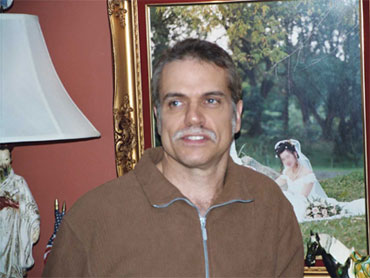 PITTSBURGH (AP) The lonely hearted man who killed three women in a shooting rampage at a health club knew the book "How to Date Young Women: For Men Over 35" chapter and verse, and was a devoted follower of its author.

In fact, in an online video that surfaced this week, George Sodini can be seen sitting in rapt attention at one of R. Don Steele's dating seminars as the white-haired pickup artist tells a group of men to get over their fears of approaching women and to stop being such nice guys all the time.

Then, Sodini is shown shaking hands with one of Steele's beautiful blond assistants as part of an exercise in how to meet women.

Photos: George Sodini and His Rage Against Women
The advice and the self-help book — which promises to show "how to make your fantasies come true" — evidently didn't do anything to improve Sodini's love life.

Embittered by his decades-long inability to attract the opposite sex, the 48-year-old computer analyst opened fire on a women's aerobics class in the Pittsburgh suburbs Tuesday night, killing three women and wounding nine. Four remained hospitalized Friday, one in serious condition.

In a chilling diary posted on the Internet, he complained that he hadn't had a girlfriend since 1984 and hadn't slept with a woman in 19 years. But before he gave up any hope of finding anyone, he turned to Steele, a 69-year-old dating guru from Whittier, Calif.

Steele, according to his online biography, grew up in rural Pennsylvania, obtained a master's degree in psychology, and became a marriage and family counselor in 1976. He began writing books in 1984 and conducts "The Right Attitude Workshop" for men three times a year. He is the owner of Steel Balls Press and is married to a woman 34 years his junior. 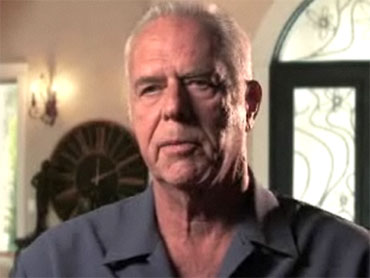 (SteelBalls.com)
Screen grab of R. Don Steele from his website.

In 2006, he told a Canadian newspaper that "women need men to take charge" and that women over 30 are "bitter."

Steele, whose real name is John J. White, did not respond to several e-mail requests for comment. Calls to a phone number listed on his Web site went unanswered Friday.

The undated video of the seminar that Sodini attended, first broadcast Friday on ABC's "Good Morning America," shows Steele writing "NICE GUY MUST DIE" on a whiteboard. "I would say that's the problem with most of the guys in the room, that you're too nice," he says.

He also tells his audience, "It's normal to be scared when you have been hurt by women in the past," and adds: "The first woman that hurt you is your mother. And that lasts a lifetime."

That probably resonated with Sodini, who disparaged his own mother in his online diary as "The Central Boss" and "very dominant." She has not commented on her son's rampage.

In a video he also posted online, Sodini appeared to take encouragement from Steele's advice.

"RDS says that I have approximately, maybe 15 more years to be successful at this," Sodini said. "So my objective is to be real and to learn to be emotional and to be able to emotionally connect with people. Because when I'm 10 to 20 years older than she is, she has to feel good about this thing."

And in another video in which Sodini gave an online tour of his house, the camera panned over a coffee table with a copy of "How to Date Young Women." "There's some reading material that we're all familiar with," he said.

Evidently embracing Steele's philosophy that a man should act like an adult, Sodini showed off a matching sofa and chair in his living room and said, "Women will really be impressed."

In other developments Friday, police said Sodini called his mother about a half-hour before the shooting. But they denied a report in the Pittsburgh Tribune-Review that he told her he planned to "kill a bunch of people" and "didn't expect to survive."

While Sodini sounded distraught, he mentioned nothing to his mother about harming himself or others, Allegheny County Assistant Police Superintendent James Morton said.

The funerals for two of the victims will be held Saturday, while a third will be held Wednesday. Killed were Heidi Overmier, 46, of Carnegie; Jody Billingsley, 37, of Mount Lebanon; and Elizabeth Gannon, 49, of Pittsburgh. 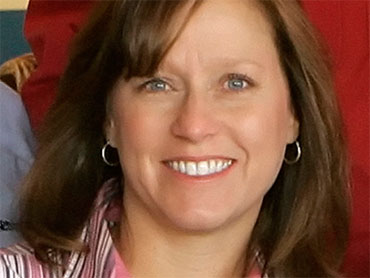 Hundreds of mourners gathered at a funeral home Friday to pay respects to Overmier and Gannon, whose bodies were in separate rooms across the hall from each other. The Rev. Ed Saxson, Overmier's former pastor, called on churches to reach out to the "George Sodinis of the world ... before they reach such a stage of hopelessness that this becomes their out."

Meanwhile, it was learned that Sodini bought accessories for a handgun from TGSCOM Inc. of Green Bay, Wis., the same online gun dealer that sold guns and accessories to the perpetrators of massacres at Virginia Tech in 2007 and Northern Illinois University in 2008. Police said Sodini legally owned three guns he used in the shooting.

Photos: George Sodini and His Rage Against Women
Sodini spent $46 on a Glock ammunition loader and Glock magazine in April 2008, TGSCOM president Eric Thompson said. It was not immediately clear if Sodini used the accessories during his attack.

Thompson said the company complies with all state and federal laws.

"This guy was a sick individual with stunted social skills and a hatred of women, the worst kind of person," he told The Associated Press.