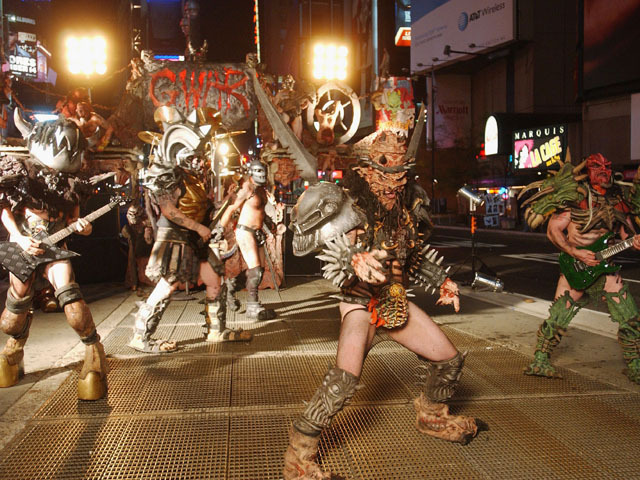 MINNEAPOLIS - The lead guitarist for the heavy metal band GWAR was found dead Thursday on its tour bus following a concert in Minneapolis, the band's manager and record label said.

It's unclear what caused Smoot's death or how old he was. A person who answered the phone at the Smoot family residence in Richmond declined to comment. Flanagan and Metal Blade's Kelli Malella, vice president of publicity, said they had no further information to release about Smoot.

Smoot performed since 2002 under the name "Flattus Maximus" with the band known for its comically grotesque sci-fi/fantasy-based costumes, stage antics and vulgar lyrics. He produced GWAR's last two albums.

Flanagan says there's no word yet on funeral arrangements or the rest of the tour. The tour had been scheduled to stop in Edmonton and Calgary, Alberta, on Friday and Saturday.

Lead singer Dave Brockie, also known as "Oderus Urungus," said in a statement that "at this point we are just dealing with the loss of our dear friend and brother" and asked for privacy.

He called Smoot "one of the most talented guitar players in metal today."