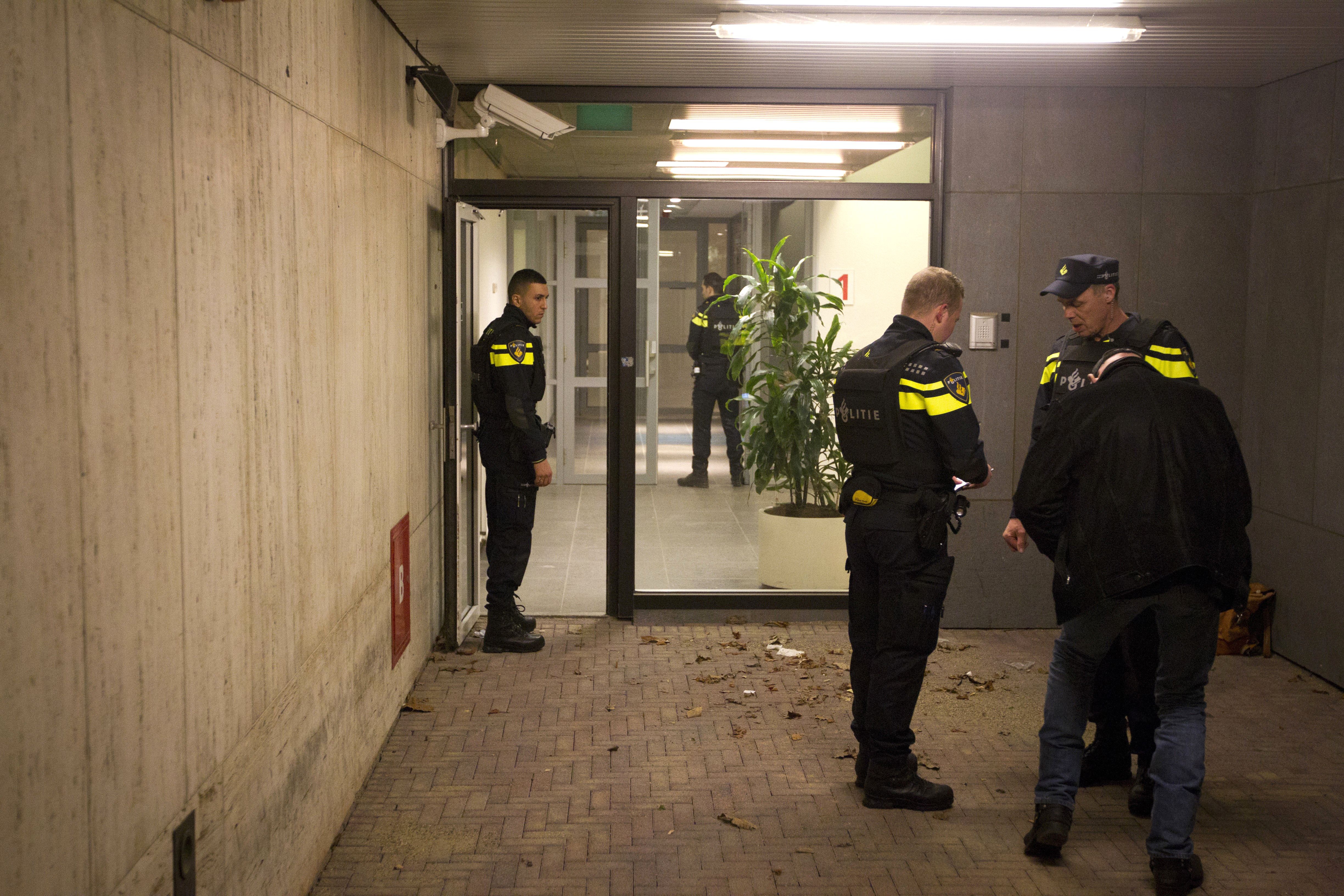 HILVERSUM, Netherlands -- A 19-year-old brandishing a fake weapon threatened a security guard to gain access to the headquarters of Dutch national broadcaster NOS and demand airtime Thursday night before police stormed a TV studio to arrest him.

Nobody was injured in the incident, but it forced the NOS off air for around an hour and set nation on edge, coming just weeks after the deadly attack on satirical magazine Charlie Hebdo in Paris that left 12 people dead.

When NOS came back on air, it showed recorded footage of the young man, wearing a black suit, white shirt and black tie, and carrying a pistol with what looked like a silencer attached.

Police said later the gun was a fake and that the man had no criminal record. Detectives were investigating his possible motives.

Speaking calmly to someone off-camera, apparently the security guard he had forced to let him into the building, the man said, "We are hired in by intelligence agencies."

Shortly after, police burst in with their guns drawn and ordered the man to drop his weapon and put his hands up. At least five police officers then ordered him to turn around and lie down, which he did and he was arrested without a struggle and taken to a nearby police station for questioning.

NOS reporter Martijn Bink said he spoke to the man after he was arrested and he claimed to be from a hackers' collective. He didn't elaborate.

Police said in a statement the man demanded airtime and threatened that bombs would go off at several locations around the Netherlands if his demand wasn't met. Special police units evacuated the building and thoroughly searched it but allowed staff back in later in the evening after finding nothing suspicious.

Prosecutor Johan Bac, who spoke at a news conference in Hilversum, said the man was from the small town of Pijnacker near The Hague. Bac said he was being held on suspicion of making a threat, weapons possession and taking a hostage. The suspect's name wasn't released by the prosecutor.

Officials said they were still investigating the man's background and the seriousness of the threat he posed.

"There is a major investigation underway to get clarity as quickly as possible about what happened here tonight," Bac said.

There was no immediate indication that the incident was related to Islamic extremism.

NOS director Jan de Jong told the broadcaster that the headquarters had beefed up security in the aftermath of the attack on Charlie Hebdo. The media park in Hilversum, 12 miles east of Amsterdam, is home to the NOS and many other Dutch broadcasters. It has been tightly guarded for years, since populist Dutch politician Pim Fortuyn was gunned down in a parking lot there in 2002 by an animal rights activist.

"This is your worst nightmare, especially after Charlie Hebdo," De Jong said later on a special NOS news show.

De Jong said he would speak to staff Friday and already tight security would again be reviewed.

"We don't want to turn this into a bunker," he said.