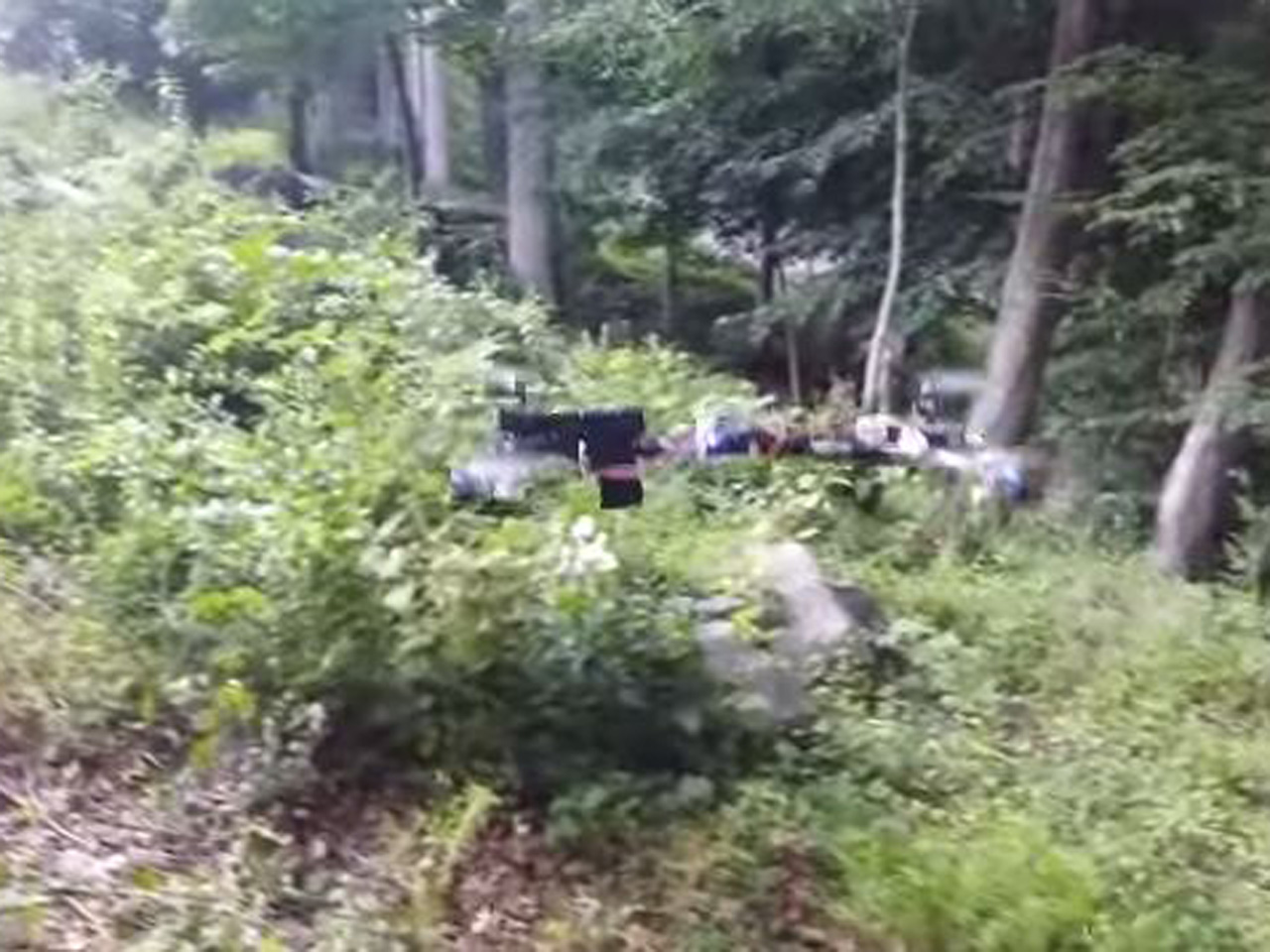 CLINTON, Conn. - An 18-year-old Connecticut man may be in trouble with federal aviation officials after posting a video online that shows shots being fired from a drone that had been jury-rigged with a handgun.

The FAA said Tuesday it is investigating whether Austin Haghwout of Clinton violated its regulations, which prohibit the careless or reckless operation of a model aircraft.

Haughwout's father told CBS affiliate WFSB-TV in Hartford last week that his son created the drone with the help of a Central Connecticut State University professor. He also said his son searched the laws and made sure he wasn't breaking any before building it.

The 14-second video shows a four-propeller drone with a semiautomatic handgun strapped on top hovering as it fires four shots in a wooded area.

The FAA said it is working with Clinton police, who are also investigating. Haughwout did not immediately return telephone messages from The Associated Press seeking comment.

Police officials told WFSB there are no state laws that cover this.

Haughwout made news last year when police charged a woman with assault after she confronted him about flying a drone at a state beach.