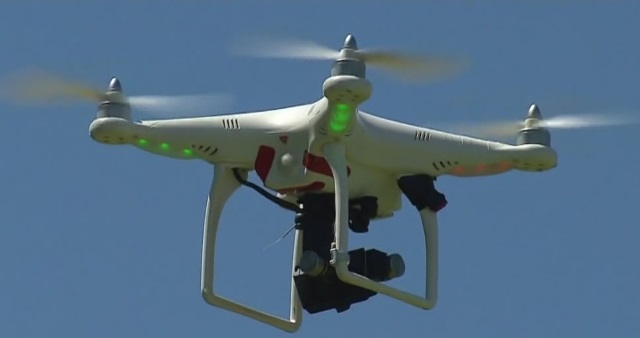 MADISON, Conn. - A Westbrook, Conn. woman faces assault charges after confronting a teenager who was using a drone to film above a beach.

Andrea Mears, 24, was charged with third-degree assault and breach of peace after an investigation into the May 12 encounter.

A video posted on the website Photography is Not a Crime shows the woman calling 17-year-old Austin Haughwout a pervert, striking him and ripping his shirt.

"You're assaulting me," Haughwout says in the video, according to CBS Connecticut.

Haughwout, of nearby Clinton, told reporters he had been using a remote-controlled drone to get footage of the landscape from about 50 feet above the beach when he was confronted by Mears.

"When she first came up I thought it was just someone calling the cops and I didn't think she would attack me," Haughwout said.

Mears could not be reached for comment on Tuesday. She told television reporters that Haughwout struck her first and edited that out of the Internet video, which was recorded on his cellphone.

Mears can be seen in the video calling police and demanding that Haughwout stop using the drone. The teen can be seen moving some of the equipment before the camera starts shaking and he begins yelling that he is being assaulted.

"Maybe you shouldn't be taking pictures of people on the beach," Mears says in the video.

She is then seen ripping Haughwout's shirt and grabbing at his face, reports the station.

The teen told the New Haven Register that he's been flying remote-controlled aircraft since the age of 9 and has been using the drone since September.

He said he usually gets a positive response from people who are interested in the technology.

Mears is due in New Haven Superior Court on June 19.