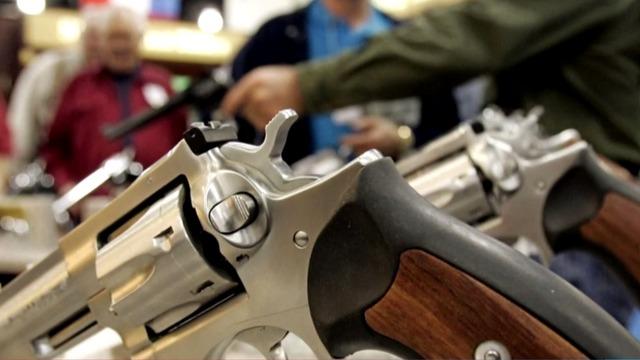 On the anniversary of the Sandy Hook mass shooting, divisions over guns in America run deeper than policy differences.

For many non-gun owners, guns make America "dangerous" (55 percent) and "scary" (38 percent) and represent "one of the country's biggest problems."

For gun owners, the right to bear arms is as important to them as freedom of religion and almost as important as free speech and can singularly drive their vote choice more than any other issue we tested.

Americans who do not support stricter gun laws worry that any such laws would lead to taking away all guns (76 percent believe so) and 69 percent don't like the idea of the government having databases of gun owners. They also overwhelmingly believe (86 percent) that laws do nothing to stop criminals from having guns.

For a majority of gun owners, describing what a gun represents to them includes protection and the ability to defend themselves as the top answer, but most also say it represents responsibility, and freedom. Protection from crime is their top reason for owning a gun (51 percent).

Asked what real physical threat they feel they need to defend themselves from, the top answer from gun owners is, almost universally, criminals, muggers and thieves, and a majority (60 percent) also says terrorists. Twenty percent said protecting themselves from domestic violence, friends and family members.

Eight in ten are at least somewhat confident they could use their gun to successfully resolve a situation, if needed.

Gun owners for whom protection is paramount almost all say they want to defend themselves against terrorists, criminals, gangs. Gun owners who own a weapon primarily out of tradition or hunting, also stress protection and a majority of them see ownership as a responsibility as well.

There is agreement on some factors behind gun violence, many of which focus on the individual -- irresponsible gun owners, people with mental illness, gangs and criminals -- much more so than violence in popular culture (Hollywood movies.) Most gun owners approve of the NRA. Three in ten think the NRA's positions are too extreme.

Both gun owners and non-gun owners are similarly concerned about the possibility of gun violence at their children's school.

The CBS News survey is conducted by YouGov using a nationally representative sample of 2073 U.S. adults interviewed online between December 5-11, 2017. The sample was weighted according to gender, age, race, education, region, party identification, and gun ownership based on the 2016 General Social Survey and included an oversample of 871 gun owners. The oversample was weighted with the final national sample to match national statistics on gun ownership from the 2016 General Social Survey. The margin of error based upon the entire sample is approximately 2.7%.