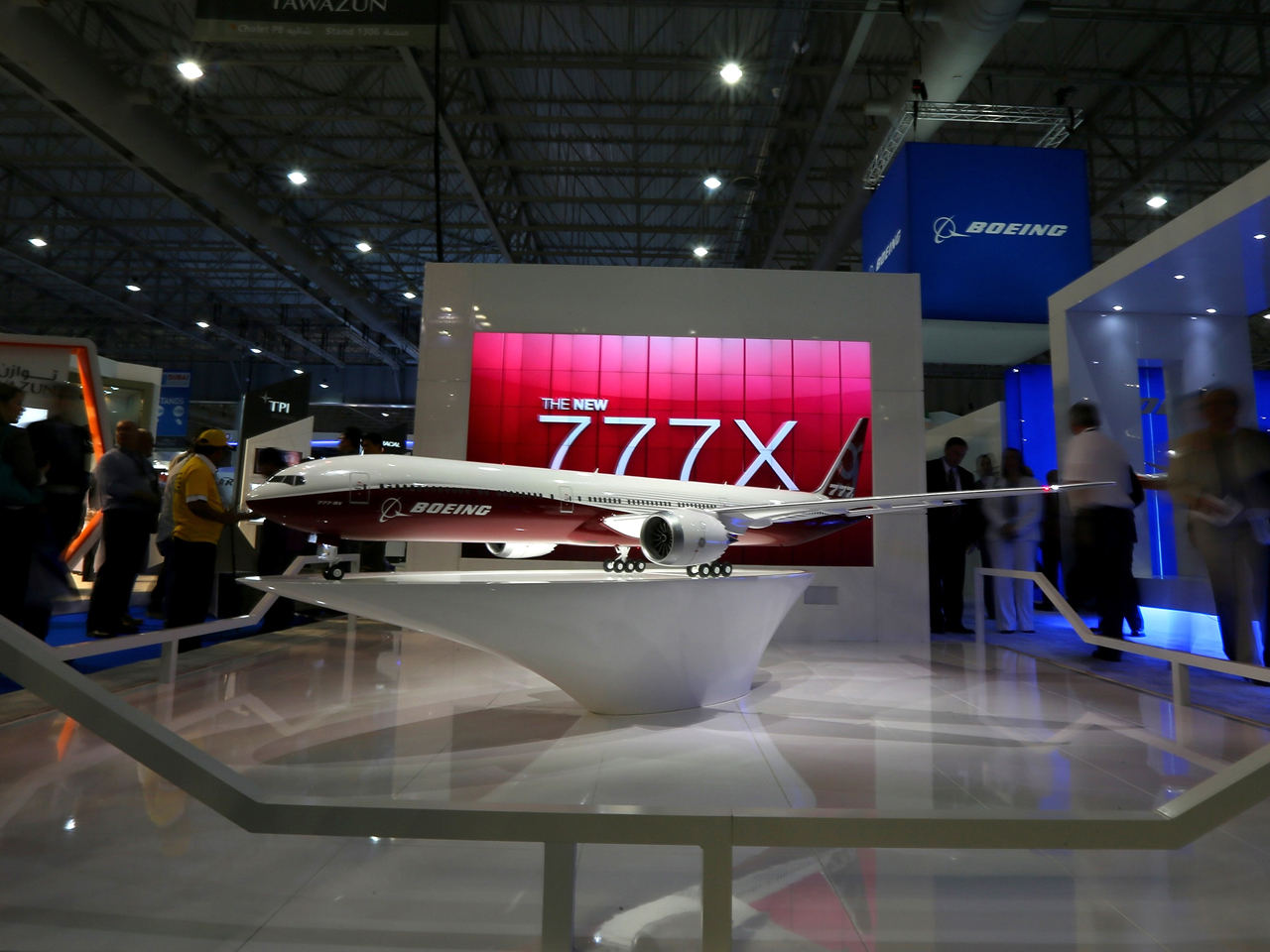 DUBAI, United Arab Emirates - Boeing Co.'s planned 777X long-haul airliner grabbed the bulk of orders Sunday at the first day of the Dubai Airshow, with at least 225 planes on the books in an eye-popping display of the spending power and aggressive expansion efforts of Gulf carriers.

In total, Boeing says that it netted at least 367 orders in deals believed to exceed $130 billion at the Middle East's premier aviation fair. Boeing CEO James McNerney Jr. called it part of the "largest commercial launch in aviation history" for a planned aircraft: the bigger and more fuel-efficient model of the company's popular 777 wide-body.

European rival Airbus opened the five-day airshow by announcing a $23 billion order for 50 A380s - its main competition for the 777X - by Dubai-based Emirates.

The Dubai Airshow is seen as an increasingly important barometer on the state of the industry and the rising roles of the big-spending Gulf carriers Etihad, Qatar Airways and Emirates as they compete for routes and critical stopover traffic between Asia and Europe and the Americas. This year's edition appears on track to surpass the record $155 billion in deals in the 2007 event before the global economic downturn.

For Boeing and Airbus, the Dubai event has become a key battleground for new aircraft and big-ticket orders that can shape the companies' outlooks for years.

Boeing received orders for 150 777X planes from Emirates, 50 from Qatar Airways and 25 from Abu Dhabi's Etihad Airways, the U.S.-based manufacturer and the airlines announced in separate news conferences. No total price tag was announced, but it exceeded $100 billion. Boeing also inked deals with Etihad for 30 of its 787-10 Dreamliners and one cargo plane, and with budget carrier flydubai for 111 of its single-aisle 737 models.

The Dreamliner deal is an important nod of support in the Gulf for the troubled aircraft, which has suffered groundings in the past year over battery problems.

The 777X orders come even as Chicago-based Boeing looks for alternative sites to develop the plane after machinists in the Seattle area rejected a long-term contract.

The long-range, twin-aisle 777 holds about 365 passengers, making it Boeing's second-biggest plane. Since its first flight in 1994, it's been a best-seller for Boeing, which has sold more 777s than any of its other current large planes.

In May, it began offering the revamped 777X. Boeing is still finalizing plans for the plane - aiming to deliver the first aircraft by the end of the decade - but it has said it is expected to carry as many as 400 passengers and to be 20 percent more fuel efficient than the current 777.

Previously, Lufthansa had made a commitment for 34 of the 777X.

The airshow is also giving Dubai a chance to display its huge new airport south of the city, which officially opened last month but is still under construction in some areas. Plans calls for some of the traffic from Dubai's current airport to be eventually shifted to the new Maktoum International facility, which officials say could one day handle 160 million passengers a year as part of the region's growing profile as a global aviation hub.

In the Middle East, 40,000 pilots and 53,000 technicians will be needed in the next two decades to keep up with demand, according to a Boeing forecast.