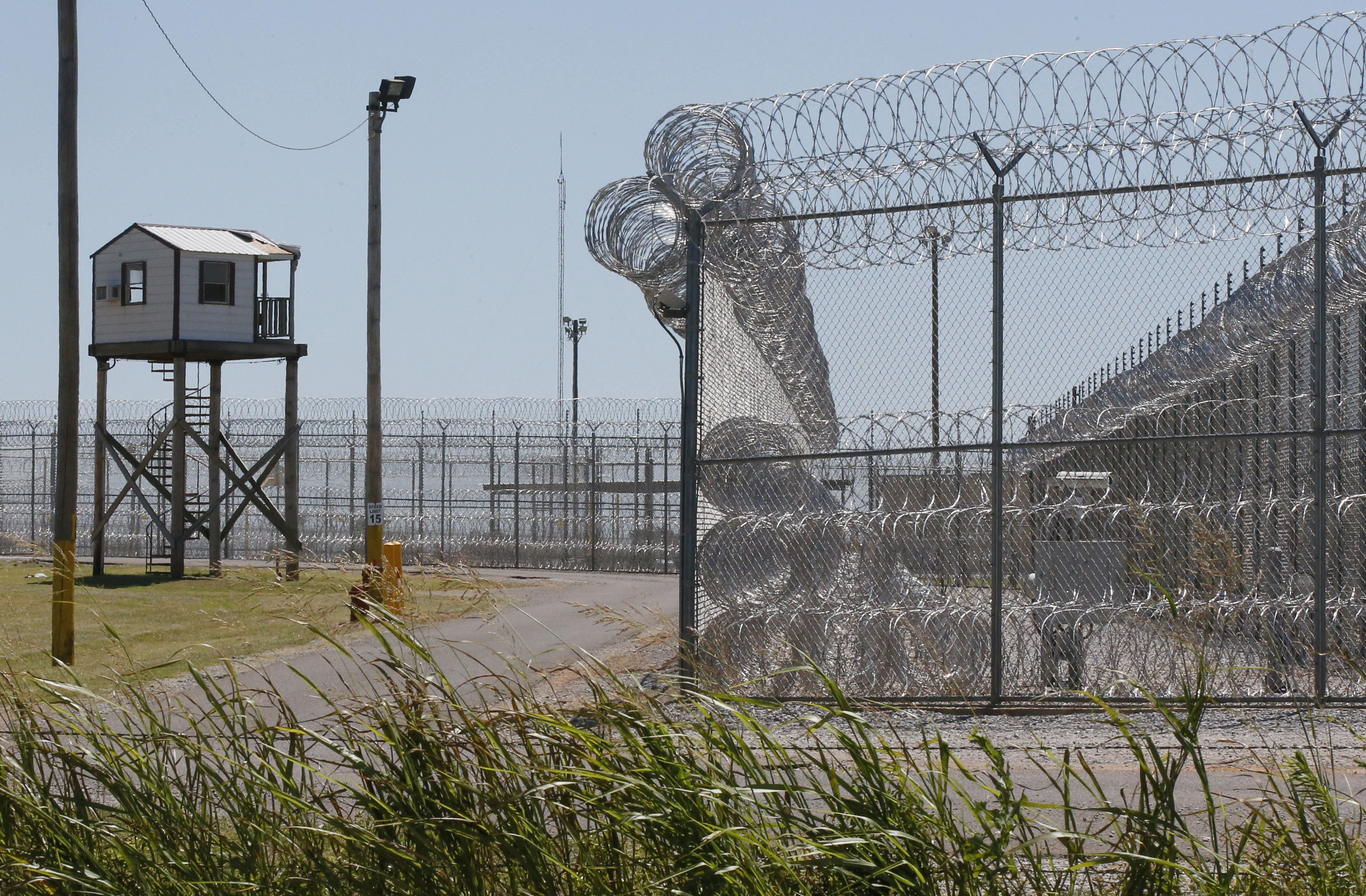 The Caddo County Sheriff's Office said approximately 250 to 300 inmates took to the yard and refused to go back inside the prison.

Caddo County Sheriff Lennis Miller said prisoners, some toting bats and pipes, took two guards hostage at the outset of the riot, but that both were freed and uninjured. It wasn't immediately clear how the inmates got the weapons, how they were able to get inside one of the buildings or what prompted the riot.

The prison has several layers of security fences and sources told KWTV the rioting prisoners made it past one to two of those fences. But authorities reassured nearby residents that the prison's perimeter hadn't been breached.

Pablo Paez, a spokesman for The GEO Group, said in a statement Monday that the prison was secured without serious injury to staff, inmates or law officers. He said the Federal Bureau of Prisons and other agencies are reviewing the incident. The prison houses about 1,900 inmates.

Miller says no officers were hurt, but that some inmates were taken to hospitals with unspecified injuries.

Oklahoma's prison directors have been warning for years about potential problems inside the state's overcrowded and underfunded correctional facilities, many of which are old state schools or hospitals that have been converted into prisons. Inside most facilities, recreation rooms, classrooms and other program space have all been converted into makeshift housing units to accompany more inmates.

In a presentation to the prison system's governing board last month, Director Joe Allbaugh said state prisons have a rated operating capacity of 17,902 but were currently housing more than 26,000 inmates.

"You can only push this balloon so far," Allbaugh warned the panel during the presentation. "Something is going to pop."

In September 2015, four inmates were stabbed to death at a private prison in Cushing in a fight between rival prison gangs that left three other inmates wounded.

Last year, a knife fight among inmates at a crowded housing unit at the Mack Alford Correctional Center in southeast Oklahoma left one inmate dead and three others wounded.

A correctional officer suffered minor injuries in December after a fight broke out among a small group of inmates at the North Fork Correctional Facility in western Oklahoma. A riot at the same facility in 2011 resulted in 46 inmates being sent to the infirmary or hospitals after fighting erupted among black and Hispanic inmates.