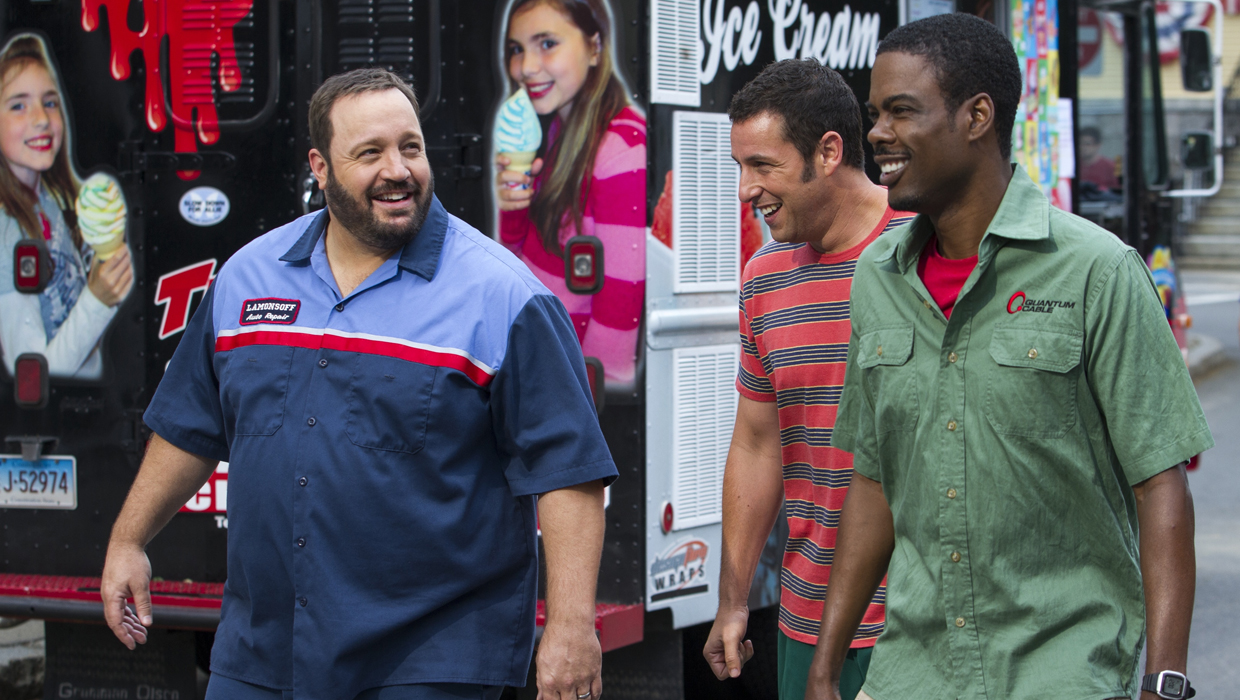 "Grown Ups 2" is making the most noise at this year's Golden Raspberry Awards.

Sandler is no a stranger to the Razzies, which launched in 1980 as a spoof of Hollywood's awards season. He won the worst actor trophy last year for the man-child comedy "That's My Boy," and his 2011 cross-dressing comedy "Jack and Jill" made Razzie history the year before with a record 10 awards, with Sandler winning both the worst actor and actress prizes. Forbes, meanwhile, recently named Sandler Hollywood’s most overpaid actor.

This year's other worst-picture nominees are the Wild West romp "The Lone Ranger" starring Johnny Depp and Armie Hammer, Tyler Perry's holiday comedy "A Madea Christmas," sci-fi coming-of-age story "After Earth" starring Will and Jaden Smith, and comedy anthology "Movie 43" featuring the likes of Kate Winslet, Richard Gere, Hugh Jackman and Halle Berry. The past year had quite a few major films tank at the box office.

The Razzies announcement comes ahead of Thursday's Oscar nominations. Winners for the 34th annual Razzies will be announced March 1, the night before the 86th annual Academy Awards. While far less star-studded than other award shows, past winners like Berry and Sandra Bullock have sometimes shown up in person to claim their gold spray-painted prizes.