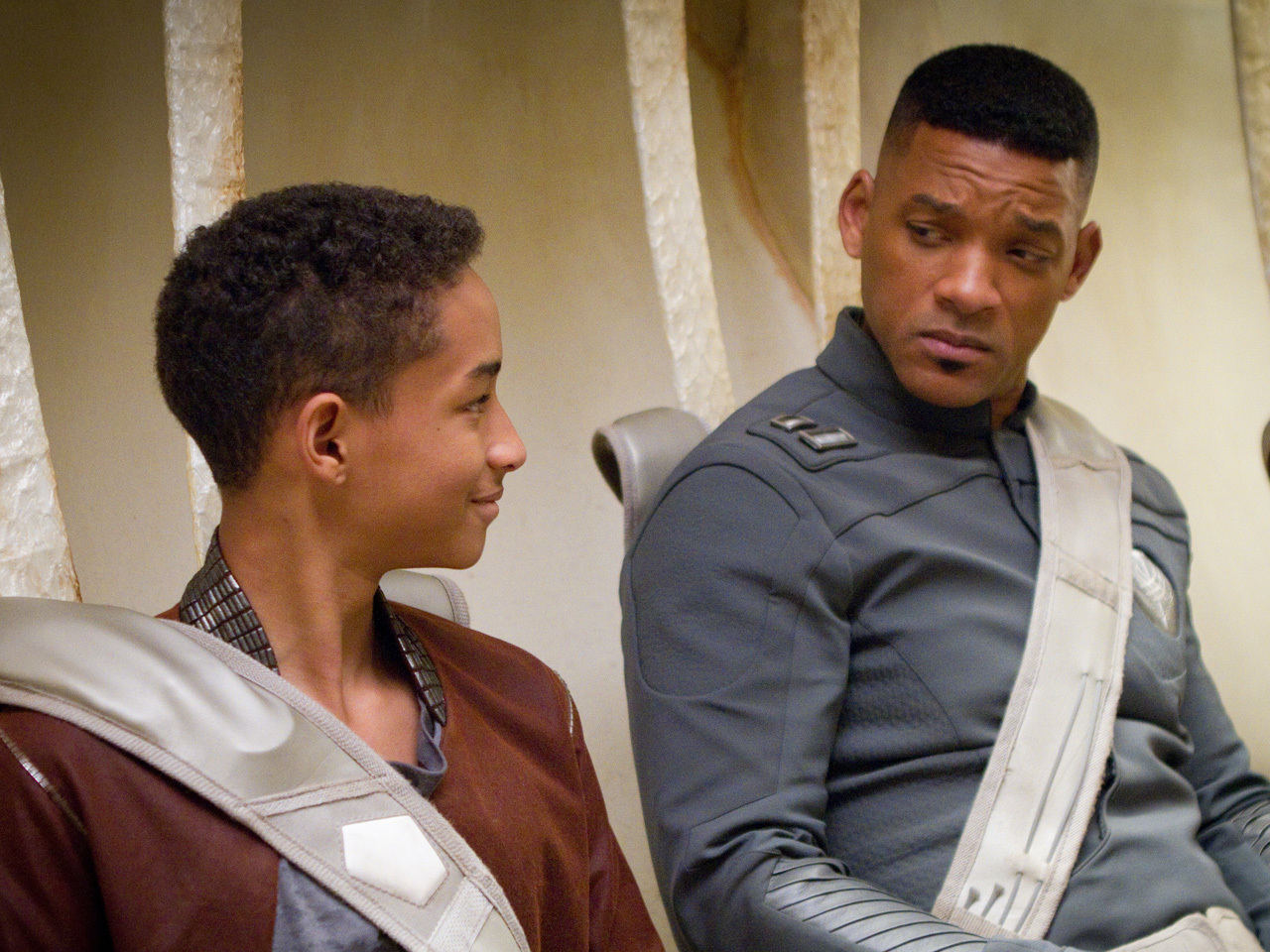 To say critics haven't exactly been blown away by "After Earth" would be an understatement.

Most reviewers are holding nothing back when tearing apart the new sci-fi film from M. Night Shyamalan starring father-and-son acting team Will and Jaden Smith.

The Wall Street Journal is even wondering if "After Earth" is one of the worst movies ever made.

The elder Smith stars as Cypher Raige, a veteran space military officer who has trouble connecting with his teenaged-son, Kitai (Jaden). When Cypher gets assigned to go on one last mission before his retirement, his wife (Sophie Okonedo) suggests he brings their son along for a bounding journey. Cypher and Kitai's transport ship crash lands on Earth, which was abandoned by humans 1,000 years beforehand due to wars and plagues.

It's up to Jaden's character to come to the rescue after his father breaks both his legs in the crash and everyone else on board gets killed. Kitai must walk 100 kilometers by himself to a rescue beacon while trying to survive an Earth that has adapted to kill humans.

Will Smith had a hand in developing the film's story. The movie star had previously acted alongside his son in 2006's "The Pursuit of Happyness," which received praise from critics, but that certainly isn't the case here.

"After Earth" is being savaged for its boring script and dull action scenes, and there's also been criticisms over the film's advertising which suggests that Will Smith is the actual star when in fact most of the movie revolves around Jaden's character. Will doesn't even leave the spaceship while they are on Earth.

Even the film's special effects have come under fire. The CGI has been criticized for looking fake, with comparisons being made to the artificial-looking monkeys from "Indiana Jones and the Kingdom of Crystal Skull."

Shyamalan certainly has had a less-than-the stellar track record since the release of his breakout hit "The Sixth Sense." His last three films were panned by the majority of critics, and "After Earth" is no exception:

Betsy Sharkey, Los Angeles Times: "Have alien body snatchers made off with M. Night Shyamalan? There is no small irony that this sci-fi action adventure is about surviving a serious crash. The scorched earth left behind by "After Earth" is sure to leave a scar on everyone involved."

Scott Foundas, Variety: "Though he shares screenplay credit with Gary Whitta, Shyamalan is clearly a director-for-hire here, his disinterest palpable from first frame to last. Nowhere in evidence is the gifted 'Sixth Sense' director who once brought intricately crafted set pieces and cinematic sleight-of-hand to even the least of his own movies."

Claudia Puig, USA Today: "Though it's meant to be pulse-pounding, 'After Earth' is a lethargic slog. This is not particularly the fault of its stars, Will Smith and his son, Jaden, though the latter could benefit from some acting lessons."

John DeFore, The Hollywood Reporter: "The film's resolution, predictable to any viewer, feels oddly impersonal for a father/son bonding tale both dreamed up and enacted by a father for the son following in his footsteps."

Ty Burr, The Boston Globe: "The movie is being billed as a two-for-one Smith special, but Will Smith is not only stuck in a chair for much of the running time, he plays Cypher as a military man repressed to the point of constipation. It's a humorless, charisma-free performance -- not exactly what we've come to expect from this actor."

Christopher Orr, The Atlantic: "On the upside, this may be the first terrible movie by M. Night Shyamalan that's not primarily his fault."

Michael O'Sullivan, The Washington Post: "You can't blame Will Smith for wanting to give his son a leg up in the business. Maybe one day Jaden will have his father's career -- and his ability to carry a movie. For now, it's a little premature to ask him to bear the weight of this soggy, waterlogged 'Earth' on his skinny shoulders."

Manohla Dargis, The New York Times: "Once upon a time, Hollywood parents gave their children sports cars as gifts. These days, apparently nothing less than a big-screen vanity project will do for Junior."