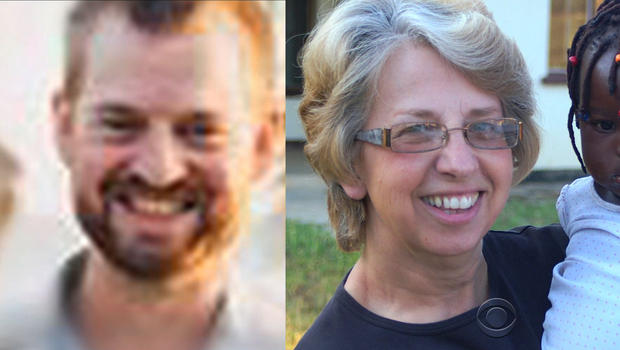 CHARLOTTE, N.C. - Two North Carolina-based missionary groups ordered the evacuation of their nonessential personnel from Liberia and asked for prayers Tuesday for an American doctor and another aid worker who contracted the deadly virus in the West African nation.

Dr. Kent Brantly, from Forth Worth, Texas, and Nancy Writebol, from Charlotte, are fighting for their lives in a hospital in Monrovia, Liberia's capital.

"The next few days are critical in assessing the recovery of these Ebola crisis responders," said Bruce Johnson, president of SIM USA.

"SIM and Samaritan's Purse invite people to pray for the full restoration of our two workers and for the stemming of the spread of this virus across Liberia and other nations of West Africa," he said.

Brantly's wife, Amber, said in a statement Tuesday that her husband "remains very physically weak" but they "believe God will deliver" him from the deadly virus.

"As people with a deep faith in Jesus, we sincerely thank the thousands of people worldwide who have lifted up Kent and this dreadful situation in prayer. We continue to lean on that faith and take great consolation in our God in these times," the statement said.

"We ask for your continued prayers for Kent, his colleague, Nancy Writebol, and the health care workers in Liberia struggling to meet the overwhelming demands of those who are sick with the Ebola virus as well as patients who have come to that hospital with other needs," it said.

Amber Brantly and the couple's 3- and 5-year-old children left Liberia for a scheduled visit to the United States on July 20.

Days later, Kent Brantly quarantined himself in the isolation ward of a hospital where he had been treating Ebola patients after testing positive for the disease

Amber Brantly and the children are in Texas under a 21-day fever watch but are not believed to have contracted the illness.

Johnson told CBS affiliate WBTV in Charlotte that he had spoken to Writebol's husband, David, who said his wife is in stable condition but fighting for her life. Nancy Writebol had been working as a hygienist who decontaminated those entering and leaving the Ebola care area at the hospital where Brantly also worked.

Johnson said the Writebols' Charlotte church will hold a prayer service Wednesday night for both Nancy Writebol and Kent Brantly.

Johnson said both his group and Samaritan's Purse had decided to evacuate their nonessential workers following an upsurge in the number of Ebola cases in Liberia. He said the logistics of the evacuation were being determined.

A statement from SIM said no symptoms of Ebola are present in any of the evacuees, who are being monitored continually. It was not known how many workers will be affected by the order.

There is no known cure for Ebola, which begins with symptoms including fever and sore throat and escalates to vomiting, diarrhea and internal bleeding. The disease spreads through direct contact with blood and other bodily fluids.

Ebola has a fatality rate of at least 60 percent and as high as 90 percent, although a patient's chances of survival increase when the disease is spotted and treated early, which was the case with both Brantly and Writebol.

The World Health Organization said the current outbreak is the largest ever recorded, killing more than 670 people in Liberia, Guinea and Sierra Leone since it began earlier this year.

On Friday, Patrick Sawyer, an American citizen who worked for Liberia's Finance Ministry, died of Ebola in Lagos, Nigeria.

Sawyer, 40, had flown from Liberia to Ghana, then on to Togo and eventually to Nigeria. He reportedly began feeling ill on the last leg of his flight, and was immediately taken into quarantine when he landed in Lagos, where he remained until his death.

Amid fears that travelers flying out of West Africa could spread the disease, a major airline in the region, ASKY, said Tuesday it was temporarily halting flights to Monrovia, Liberia, and Freetown, Sierra Leone. Flights will continue to the capital of the third major country where people have died - Guinea - though the airline said passengers departing from there will be "screened for signs of the virus."