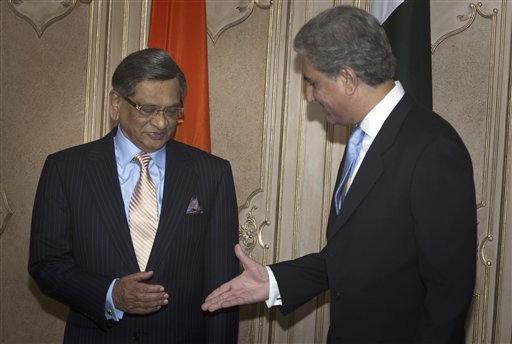 The world's largest iceberg appears to have run aground near Antarctica, posing more problems to scientific bases and penguin colonies, where tens of thousands of chicks face starvation, scientists said Thursday.

Experts had predicted that B15A — a 100-mile long iceberg — would likely slam into a huge glacier near the U.S. McMurdo Research Station in Antarctica some time last weekend.

But the iceberg appeared to have run aground about three miles from the 60-mile long glacier, known as the Drygalski Ice Tongue, Antarctica New Zealand's science strategy manager, Dean Peterson, said Thursday.

"This berg has wedged itself between two shallow areas. ... It really hasn't gotten any closer for a week now," Peterson said. "It's kind of shimmying back and forth now ... so I don't know whether it's ever going to get to the Drygalski or not."

The apparent grounding of the 1,200-square-mile iceberg could present problems to scientific bases on the frozen continent.

B15A has blocked wind and water currents that break up ice floes in McMurdo Sound during the Antarctic summer, causing a build-up of ice behind it. The McMurdo Station and New Zealand's Scott Base are located on the sound, and Italy's Terra Nova base is nearby.

The iceberg and the ice buildup are in the path of ships due to arrive in Antarctica soon with fuel and food for the three stations. Officials say the bases are not immediately in danger of running out of supplies, and scientists are looking into solutions, including breaking a path through the ice.

The ice blockage also threatens penguin breeding colonies, with tens of thousands of Adele penguin chicks facing starvation as parent birds are forced to trudge up to 110 miles to open sea to gather food.

Peterson said if B15A doesn't break free by itself or with the help of an Antarctic storm, "it's even more likely to block up the sea ice," which is already 16 feet thick in parts.

Scientists had hoped a collision between the iceberg and glacier would cause the iceberg to drift away from the coast and out to sea, clearing the blocked routes.

Any impact between the two ice titans "will be a collision in slow motion," Peterson said.

"It's not going to be a big impact of something fast, but it'll take a long time for that iceberg to slow down once it does get moving," he said, adding that the iceberg would likely move a little more than a mile a day.

Still, Peterson admitted that scientists don't know what forces move icebergs, adding that one this large can create its own weather pattern.

Peterson said there was no timetable for either the collision to take place or for the iceberg to float away.

"These things can linger for 20 years," he said.