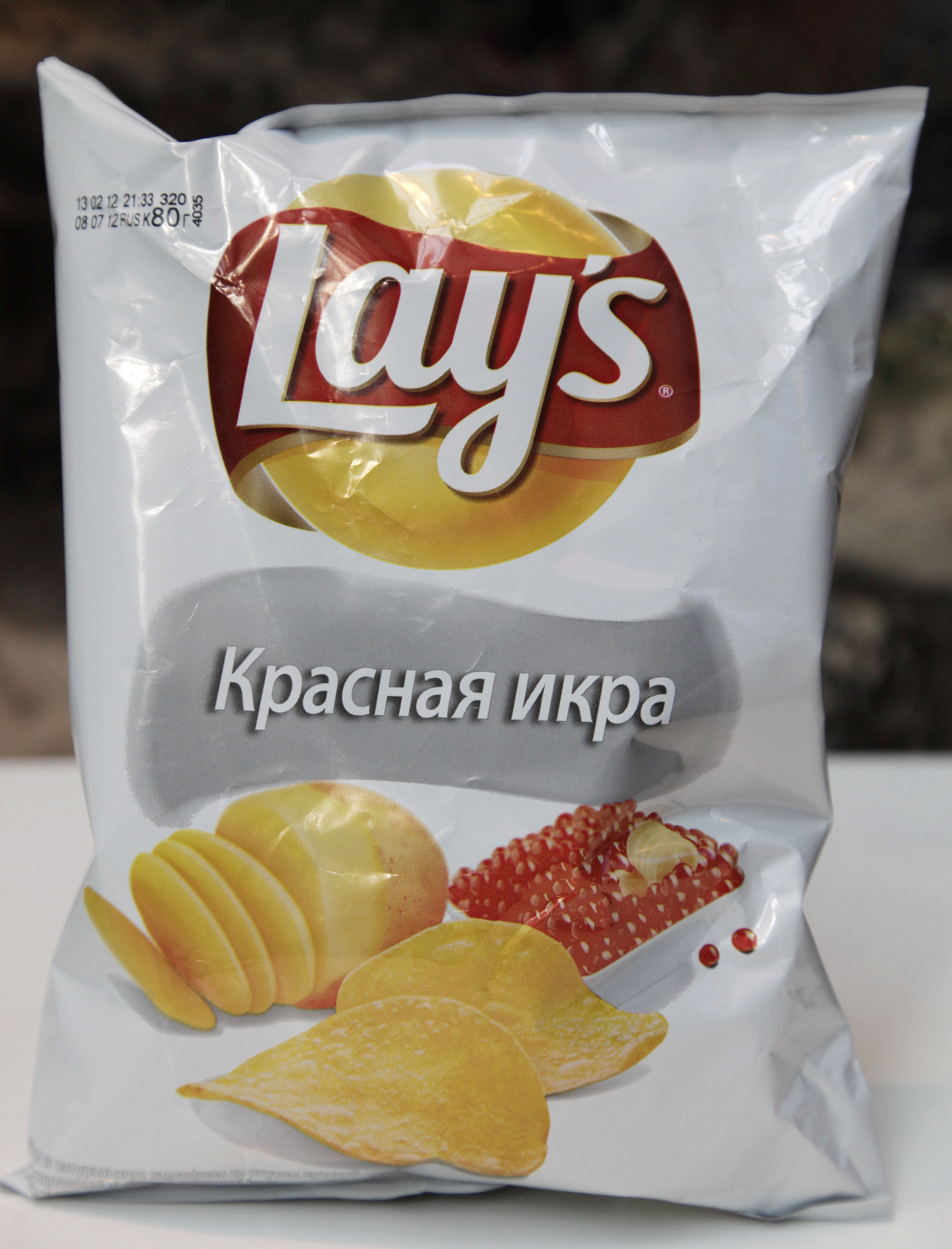 Take a panel of seven foodies and ply them with with exotic versions of popular American snacks from around the world, and these are the reactions you get. Tentative nibbles and scrunched noses.

The taste testers gathered recently at the headquarters of The Associated Press in New York and represented varying levels of culinary pedigree.

The spread of international snacks didn't consist of any barbecue-flavored Lay's chips or black-and-white Oreo cookies. Instead, the menu included "Forest Mushroom" and "Grilled Meat" Lay's from Russia, fruity Oreos from China and lemon-peppered flavored Tang drink from Saudi Arabia. The reactions were mixed.

Haggerty, who says she never met a potato chip she didn't like, struggled to find something nice to say about the Lay's from Russia.

She thought that the "Pickled Cucumber" chips tasted like an "old garden hose." Her verdict on the "Red Caviar" chips was a tad more positive.

"If I didn't have anything else I'd like these," Haggerty said, noting a weirdly fishy after taste. She took several more bites just to make sure.

Pastry king Torres gave his seal of approval to the "Forest Mushroom" chips, which got the best reviews overall.

Torres also noted that flavors like "Grilled Meat" and "Red Caviar" were cooked up specifically for Russians, whose tastes differ dramatically from Americans. So to better gauge the authenticity, he suggested that the AP provide real caviar the next time around for comparison's sake.

As for the sweeter treats, everyone thought the chocolate, cream-filled Cheetos from Russia would do well with kids around the globe. The chocolate-smeared mouth of fourth-grader Bob Marley Jones showed that he agreed.

So did Jeff Novich, a 32-year-old junk food lover whose culinary resume includes acting as a body double for TV chef Bobby Flay. Novich thought that the chocolate Cheetos tasted like Cookie Crisp cereal. But Shelasky, the magazine blogger, thought they could pass for doggie treats.

Most of the fruit-flavored Oreos from Asia were a bit too bizarre for the taste testers. Clay Williams, who writes for the blog MidtownLunch.com, said flavors such as "Raspberry-Blueberry" and "Mango-Orange" came across as too fake and processed.

"People who love Oreos want the purity of an Oreo," Shelasky agreed. "Purists love Oreos because they're not complicated. It's black, it's white and you dip it in milk. It always tastes the same for your entire life."

When it came to Tang, panelists were at first skeptical about exotic flavors like "Lemon-Pepper" from Saudi Arabia. But they were relieved when they didn't detect any pepper after a couple sips. Everyone agreed that it tasted like lemonade, so much so that they thought the flavor could do well in the United States — with one little tweak.

"This one I think would sell if you took away the pepper shaker on the cover," said Jocelyn Noveck, a national writer for the AP who sometimes writes about food. "No one in America is going to buy it with that on it."

"Tamarind" Tang from Mexico was another favorite. Williams of MidtownLunch.com liked the tropical-fruit flavored drink so much that he said he'd go looking for it next time he's at a Latin grocery store.

Although panelists said they wouldn't buy most of the items, they agreed that the flavors could be fun at a party. Novich, the junk-food junkie, said he'd serve the fruity Oreos twisted open so guests could see the bright pink, blue and orange cream centers.

Bob Marley Jones, the eight-year-old, added: "You would like to see the look on the other people's faces when they walk in and they see grilled meat chips. That would be fun."