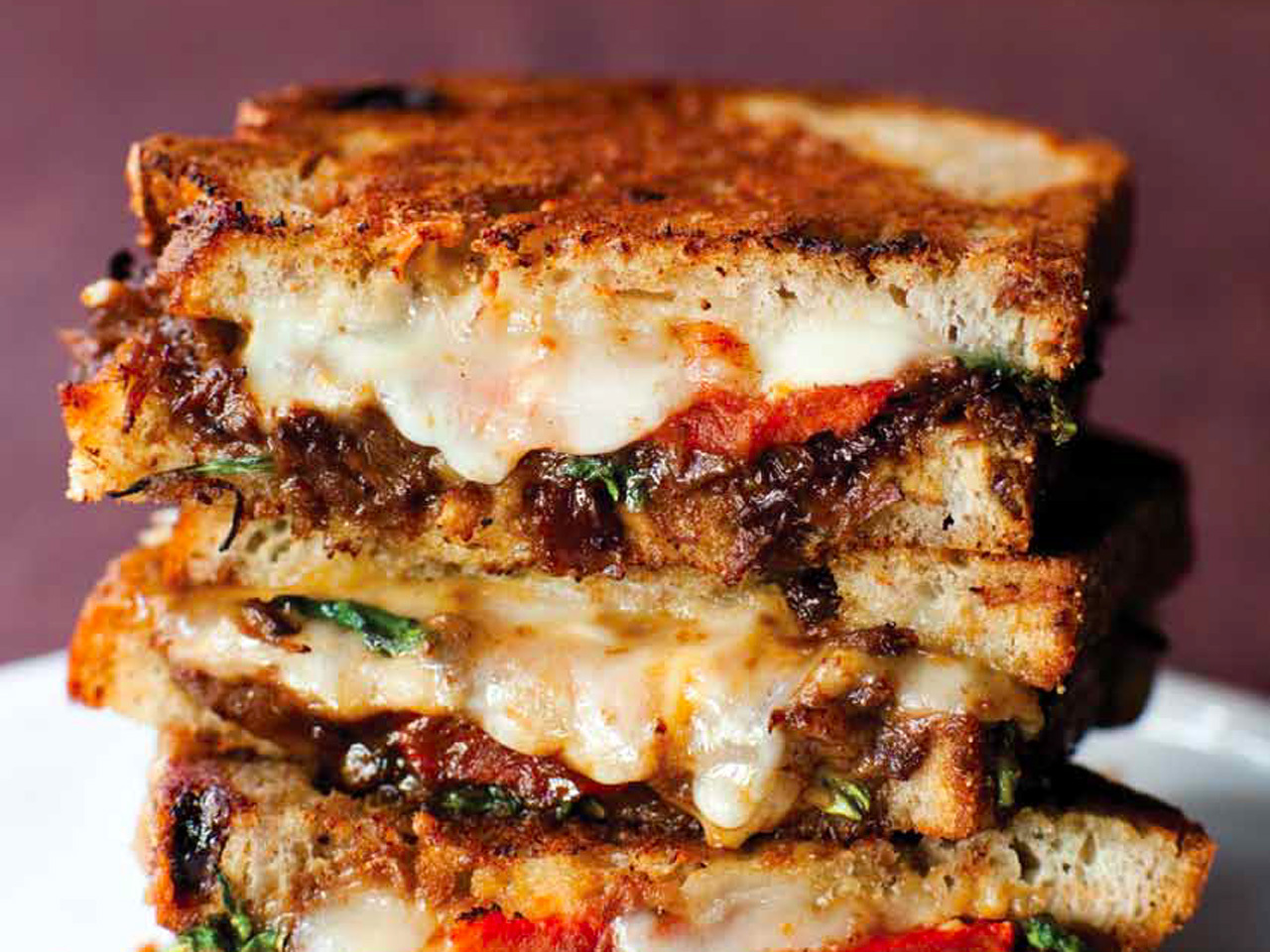 His restaurants include The Foundry on Melrose in Los Angeles, The Roof on Wilshire (atop the Hotel Wilshire), and Greenspan's Grilled Cheese (opening later this year).

1. Place apricots in small saucepan and add water just to cover. Bring to full boil and immediately remove from heat. Mix in capers, mustard and olive oil. Pulse in blender to chunky consistency; set aside.

2. Spread one side of each bread slice evenly (to the edges) with 1/2 tablespoon butter. With buttered sides down, top four slices with 2 tablespoons of apricot mixture, handful of arugula and equal portions of cheese. Top with remaining slices, buttered side up.

3. Place large skillet over high heat, and melt remaining 1 tablespoon butter. Reduce heat to low and add sandwiches. Cook until browned and crisp on both sides, about 2 minutes a side. Transfer to a platter lined with paper towels, and sprinkle each with a pinch of fleur de sel. Cut in half and serve.

1. For the apple mustard chutney: In a pan over medium heat, heat two tablespoons of butter until it foams. Add the mustard seeds and toast in the pan for 1 minute, and then add most of the apples (reserve 8 slices) and onions and cook until tender. Add honey, cider, vinegar and Dijon mustard, and reduce until the liquid is absorbed. Take off heat and puree in a blender until mostly smooth.

2. In a large pan (cast iron is best) or griddle, melt half of the remaining butter and 4 slices of bread. Top each slice of bread with 2 slices of cheddar cheese and toast until golden brown. When the cheese is melted, add 1/4 of the pastrami to each slice, a dollop of chutney, and two thin slices of raw green apple. Cover with remaining bread. Add remaining butter, flip sandwich and grill until other side is equally golden brown. Cut each sandwich in half and serve hot, preferably with a frilly toothpick.