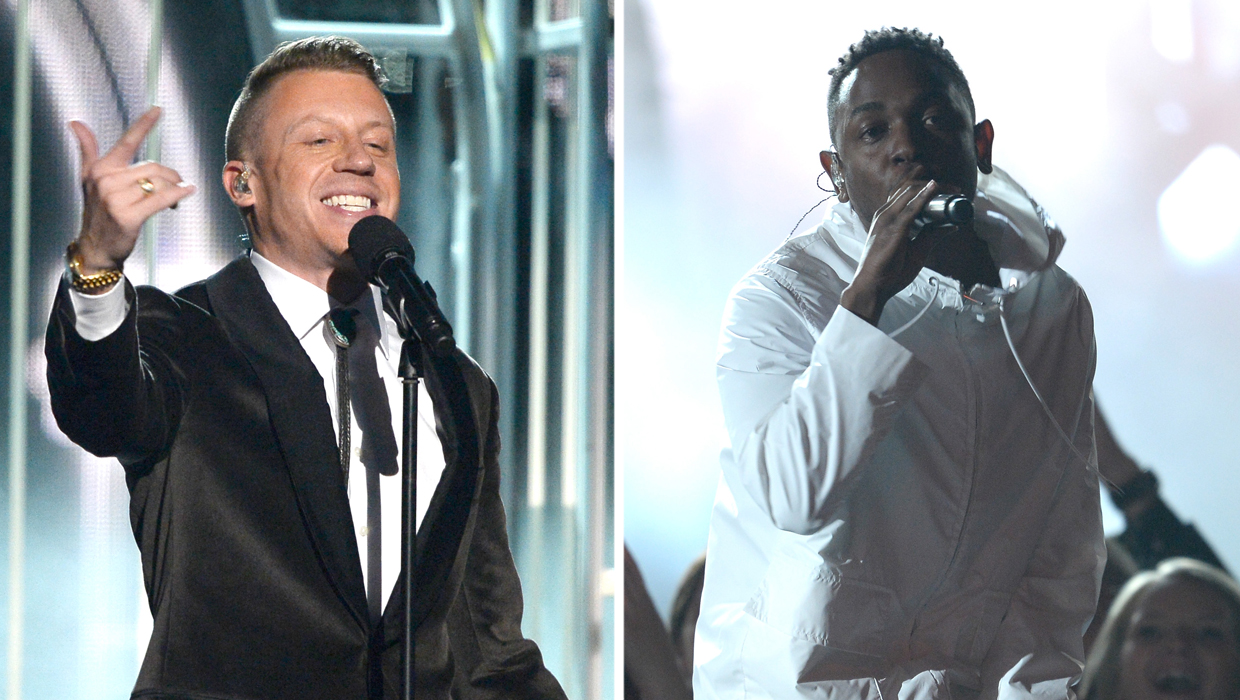 Macklemore was one of the big winners at the Grammy Awards (and helped pull off a mass wedding during the live event), but he apparently still wasn’t pleased with how the evening turned out.

The "Same Love" rapper took home four Grammys on Sunday, including one for best rap album for "The Heist." That album beat out ones from Kanye West, Drake, Jay Z and Kendrick Lamar for the honor.

But Macklemore thought the best rap album honor should have gone to Lamar -- and texted the "Good Kid, M.A.A.D. City" to tell him.

He posted a screenshot on Instagram of the message he sent Lamar that said, "You got robbed. I wanted you to win. You should have."

"I'm honored and completely blown away to win anything much less 4 Grammys," he told fans in the photo's caption. "But in that category, [Lamar] should have won [in my opinion]."