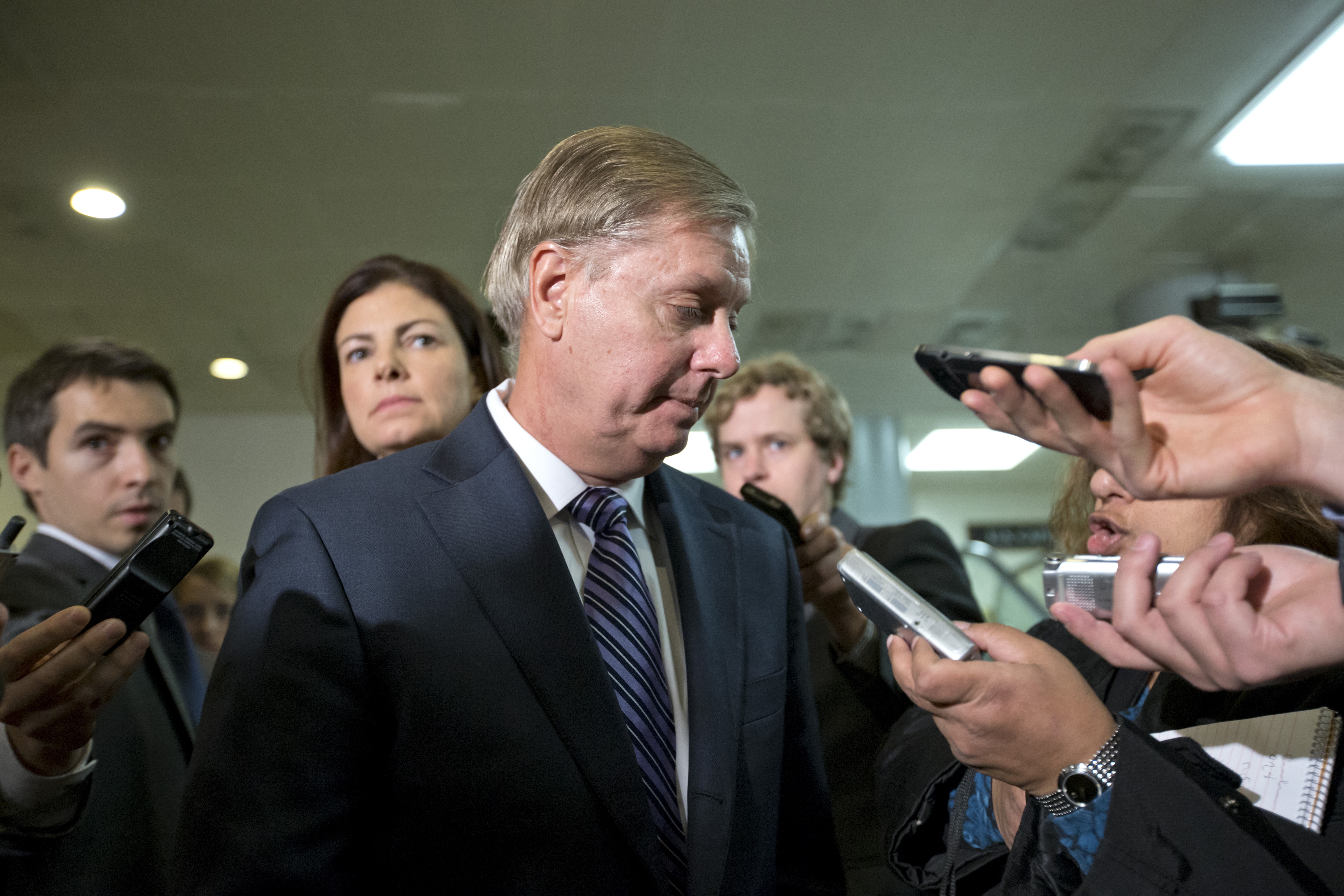 Sen. Lindsey Graham, R-S.C., says he is "more disturbed now than I was before" over U.N. Ambassador Susan Rice's explanation of the September 11 attacks in Benghazi, he told reporters today after meeting with the ambassador, and indicated that he would need more answers and information regarding the chain of events before voting to nominate her as Secretary of State.

Graham, who spoke alongside Sens. John McCain, R-Ariz., and Kelly Ayotte, R-N.H., following a closed door meeting with Rice and acting CIA Director Michael Morell on Capitol Hill this morning, continued to target Rice for her September 16 characterization of the attacks in Libya, which resulted in the deaths of four Americans.

"I'm more disturbed now than I was before that the 16 September explanation of how four Americans died in Benghazi, Libya by Ambassador Rice," he told reporters. He argued that her comments, in which she erroneously suggested the violence may have resulted from spontaneous riots over an anti-Muslim video, were not only wrong in hindsight, but were also "disconnected from reality" based on information that was available at the time.

"If anybody had been looking at the threats coming out of Benghazi, Libya, it [would] jump out at you this was [an] Al-Qaeda storm in the making," he said. "I'm very disappointed in our intelligence community, they failed in many ways, but with a little bit of inquiry and curiosity I think it would be pretty clear that to explain this episode as related to a video that created a mob that turned into a riot was far afield."

McCain, too, said he left today's meeting "significantly troubled by many of the answers that we got and some that we didn't get" regarding both the events that occurred in Libya and the nature in which they were explained to the American people.

"It is clear that the information that [Rice] gave the American people was incorrect when she said that it was a spontaneous demonstration triggered by a hateful video," McCain said. "It was not. And there was compelling evidence at the time that that was certainly not the case, including statements by Libyans as well as other Americans, who are fully aware that people don't bring mortars and rocket-propelled grenades to spontaneous demonstrations."

In a statement released after the meeting, Rice detailed her meeting with the senators, and says she and Morell "explained that the talking points provided by the intelligence community, and the initial assessment upon which they were based, were incorrect in a key respect: there was no protest or demonstration in Benghazi. "

"While we certainly wish that we had had perfect information just days after the terrorist attack, as is often the case, the intelligence assessment has evolved," she said. "We stressed that neither I nor anyone else in the Administration intended to mislead the American people at any stage in this process, and the Administration updated Congress and the American people as our assessments evolved."

A U.S. intelligence official told CBS News this afternoon, "The talking points were written, upon request, so members of Congress and senior officials could say something preliminary and unclassified about the attacks, if needed. They were never meant to be definitive and, in fact, noted that the assessment may change. The points clearly reflect the early indications of extremist involvement in a direct assault.

"It wasn't until after they were used in public that analysts reconciled contradictory information about how the assault began. Finding the right balance between keeping the public informed and protecting sensitive information is never easy and that was true here. There was absolutely no intent to misinform."

Rice, who is considered one of President Obama's top contenders to replace Hillary Clinton as Secretary of State, has been embroiled in controversy over the manner in which she characterized the Benghazi attacks in a series of talk show appearances on September 16. President Obama has vehemently defended the ambassador's remarks, which were guided by CIA talking points, and called on senators like McCain and Graham to "go after me" if they "want to go after somebody."

Still, the possibility of getting Rice confirmed in the House and Senate hangs in the balance in light of the controversy, and McCain, Graham and Ayotte - who have taken the lead on criticizing Rice and the Obama administration over their explanation of the violence in Libya - could help determine her chances.

Their revived criticisms come two days after McCain and Graham seemed to soften their critique of Rice. For her part, in an effort to hear them out, Rice's office actually requested today's meeting, reaching out after they aired their initial complaints two weeks ago.

Both Graham and Ayotte suggested that, as of now, they would not support Rice if Mr. Obama were to nominate her to the Secretary of State.

"Before anybody could make an intelligent decision about promoting someone involved in Benghazi, we need to do a lot more," said Graham. "To this date we don't have the FBI interviews of the survivors conducted one or two days after the attack."

Citing Democrats' 2006 reluctance to confirm John Bolton as U.S. Ambassador to the U.N. as precedent for his potential opposition, Graham added that at the time, "Democrats dug in their heels, saying, 'we're not gonna vote, we're not gonna consider this nomination until we get basic answers to our concerns. All I can tell you, that the concerns I have are greater today than they were before, and we're not even close to getting the basic answers."

"I have many more questions that need to be answered," Ayotte told reporters at the end of the press conference.

Rice is expected to come back to Capitol Hill this afternoon for another round of meetings.