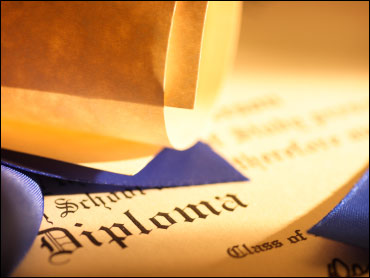 Grade inflation has been raging for years on college campuses, but professors at some schools have never got the message to go easy on the grading.

Where do college students encounter the toughest grading? Stuart Rojstaczer, a former Duke professor, who created GradeInflation.com, compiled a list of schools earlier this year of the toughest graders.

At the 16 colleges and universities on the list, it's significantly harder to get A's than the typical campus. Not all of the schools have particularly low GPA's, but Rojstaczer observed that there are selective schools on this list that would prompt you to expect more A's.

Colleges & Universities With the Toughest Grades

Where Are the Easiest Graders?

Highly selective schools, both public and private, tend to award much higher grades. In a paper on grade inflation, Rojstaczer insisted, that wealthy students, who gravitate to private colleges in greater numbers, are receiving unfair advantage by having access to easier A's.

Professors at less selective colleges and universities tend to give out lower grades.Overall, students at state universities earn lower grades than their peers are private schools. According to Rojstaczer, the average GPA is 3.01 at state schools, but the GPA at many state flagships the GPA is 3.2.

Lynn O'Shaughnessy is the author of The College Solution and she also writes for TheCollegeSolutionBlog.
Grades

Who's most likely to switch from a sedan to an SUV?

McDonald's commits to "sustainable beef" -- whatever that is

Want to be a green consumer? It will cost you
Lynn O'Shaughnessy