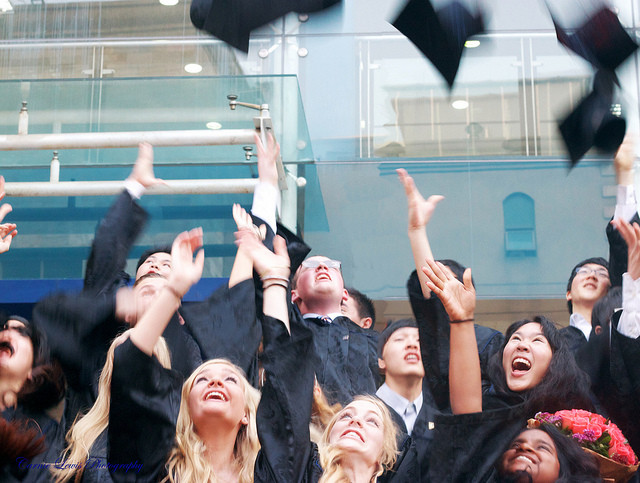 At the moment good economic news is pretty hard to come by, especially for young people, a group struggling with nearly double the national unemployment rate. But thanks to a Michigan State University report out today there is at least a small ray of sunshine shining through the clouds.

The university's 40th annual Recruiting Trends report offers grads reason for optimism in 2012: The findings are based on the responses of 4,600 employers and show that, while this year hiring started strong but trailed off, next year employers are planning to steadily add more new hires.

"It looks like this year's market is going to have legs. Last year it didn't have legs; we saw some aggressive growth early on but then it disappeared," said Phil Gardner, director of MSU's Collegiate Employment Research Institute. The report provides numbers on hiring expectations for specific degrees and types of firms:

-- Hiring for grads with bachelor's degrees is set to shoot up by seven percent, with hiring of MBAs also up by a strong 6.4 percent.

-- Unsurprisingly, hiring of those with doctorates will jump the most, at 12 percent.

-- Associate's degree and master's degree holders will face a harder market -- hiring of the former will remain flat and fall by one percent for the latter.

-- Large companies will be driving much of the growth in hiring while midsized firms of 501-3,999 employees will actually decrease hiring by three percent.

The report also includes information on which industries and regions will fare best. There's good news for nearly all regions, with surprising good news for the Great Lakes and south-central regions, which will see some of the strongest growth (perhaps because places like Detroit are starting from such a tiny amount of hiring). Only the Northwest will not see an upswing in hiring.

The degrees that are most in demand won't shock anyone: engineering, computer science, accounting, agriculture sciences and agriculture business are all expected to experience strong hiring.

The findings are a reason for cheer, but Gardner warns against undue optimism, saying the positive projections don't mean, "that the wheels can't come off. There are huge problems out there -- from the economic problems in Europe to the debt crisis in the United States to next year's election -- that could really disrupt this."

Still, the numbers will be of interest not only to desperate grads searching for work but also for high school students and their parents, struggling to decide if the massive investment in a college degree will pay off. Particularly, the news that increasingly popular master's degrees aren't providing many job opportunities is worth considering, especially since unlike PhD programs which are often funded, these degrees are often hugely costly. Previous may also be worth checking out.