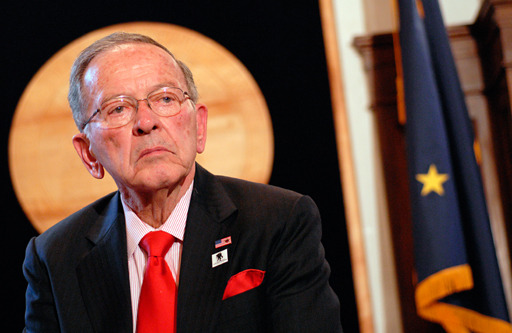 WASHINGTON (CBS/AP) Nicholas Marsh, a Justice Department prosecutor, has committed suicide in the midst of an investigation into whether he and other attorneys acted improperly in the prosecution of Alaska Sen. Ted Stevens, who died in a plane crash last month.

The 37-year-old Marsh took his own life  Sunday, two years after being part of the government team that convicted the Republican Stevens on corruption charges that were eventually thrown out. Marsh's suicide was confirmed by his lawyer, Robert Luskin.

Stevens lost his Senate seat in an election shortly after his October 2008 conviction.

The prosecutors in the Stevens case failed to disclose evidence favorable to the defendant as Supreme Court precedent requires. The omission was so serious that Attorney General Eric Holder stepped in and asked a federal judge to throw out Stevens' convictions, which the judge did, while taking the additional step of appointing a prominent Washington attorney, Henry Schuelke,  to investigate possible improprieties by the prosecutors.

"I think Nick loved being a prosecutor and I think he was incredibly fearful that this would prevent him from continuing to work for the Justice Department," Luskin said Monday. "It's incredibly tragic after all this time when we were on the verge of a successful resolution."

"My general sense is that with the direction things are going, I really would have been shocked if Hank had done anything other than exonerate Nick Marsh," said Luskin, who called the suicide a "terrible tragedy."