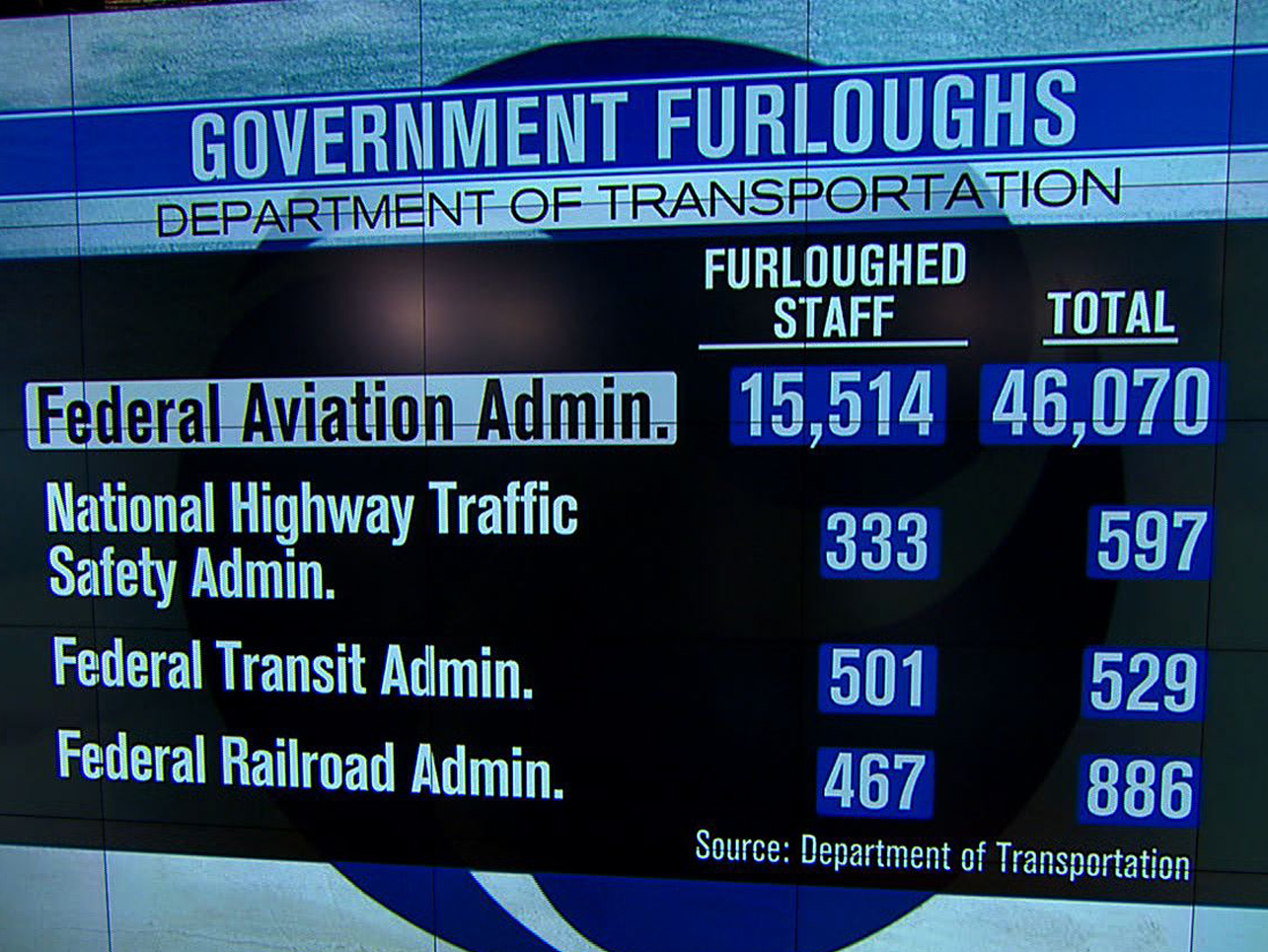 (CBS News) More than 15,000 Federal Aviation Administration employees were furloughed as a result of the federal government's partial shutdown. That is one-third of the FAA's workforce of 46,070 employees.

Officials say that much of the FAA will continue to be business as usual during the shutdown, including air traffic control operations. However, it's more the long-term ramifications that have observers worried.

One major concern is that nearly 3,000 aviation safety inspectors are being furloughed. They are the people responsible for making sure airlines are maintaining their planes. They also visit foreign and domestic repair stations that are used for major overhauls of planes.

"If you're not certifying the planes as safe when they come out of maintenance, how to they get back in the air?" asked Greenberg. "So you're going to have a pipeline problem."

Travelers should be aware that passport and visa operations might not go as smoothly as they typically do, yet some employees, such as Transportation Security Administration officers handling airport security, will not be reduced.

For Peter Greenberg's full interview, watch the video in the player above.