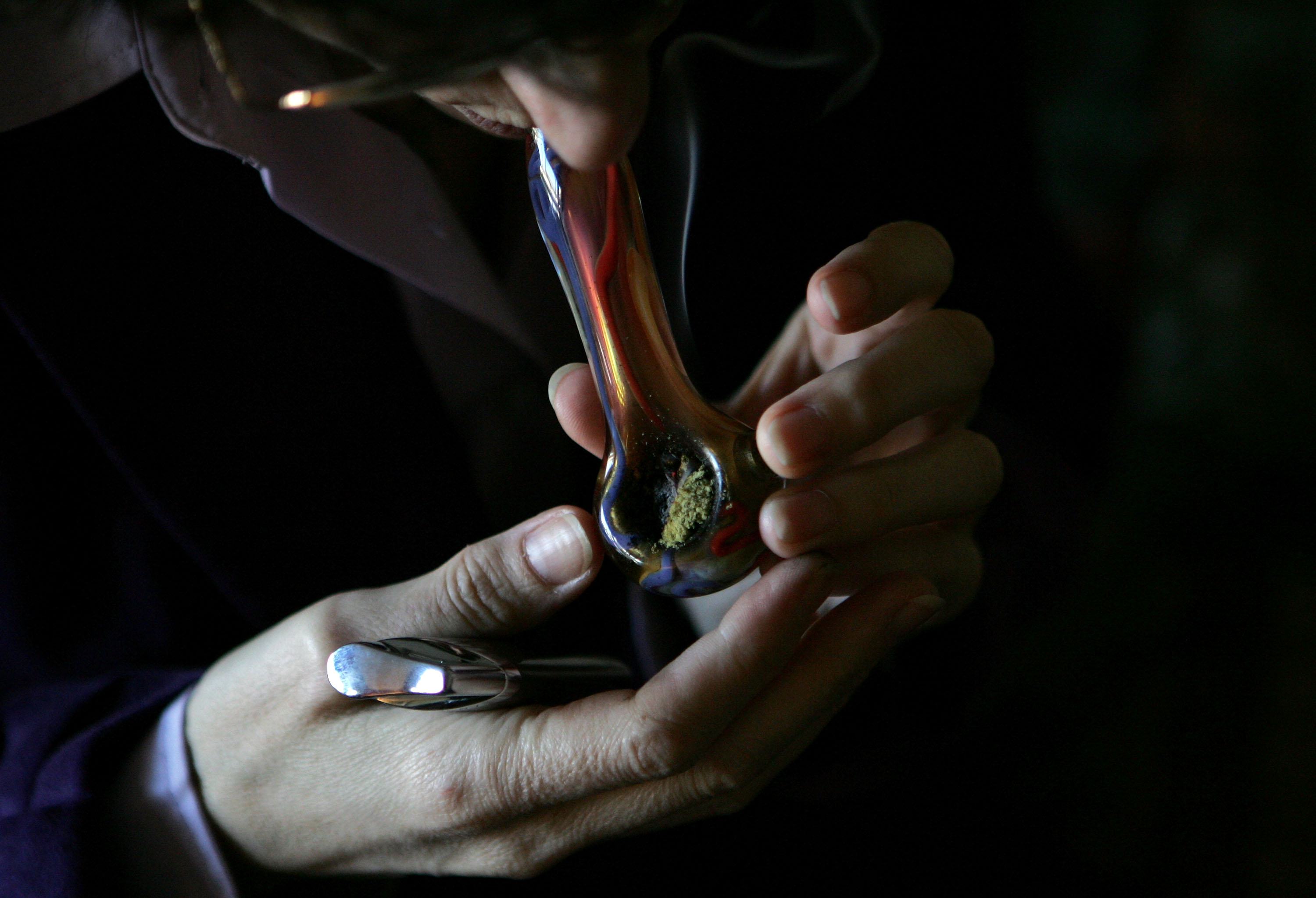 The U.S. government has signed off on a long-delayed study looking at marijuana as a treatment for military veterans with PTSD, a development that drug researchers are hailing as a major shift in U.S. policy.

The study will measure the effects of five different potencies of smoked or vaporized marijuana in treating symptoms of PTSD in 50 veterans.

The Department of Health and Human Services' decision surprised marijuana advocates who have struggled for decades to secure federal approval for research into the drug's medical uses.

The proposal from the University of Arizona was long ago cleared by the Food and Drug Administration, but researchers had been unable to purchase marijuana from the National Institute on Drug Abuse. The agency's Mississippi research farm is the only federally-sanctioned source of the drug.

In a letter last week, HHS cleared the purchase of medical marijuana by the studies' chief financial backer, the Multidisciplinary Association for Psychedelic Studies, which supports medical research and legalization of marijuana and other drugs.

"MAPS has been working for over 22 years to start marijuana drug development research, and this is the first time we've been granted permission to purchase marijuana from NIDA," the Boston-based group said in a statement. The federal government has never before approved medical research involving smoked or vaporized marijuana, according to MAPS.

A spokesman for the group said organizers have called off a protest over the stalled study that was planned for later this year.

While more than 1 million Americans take medical marijuana -- usually for chronic pain -- rigorous medical research into the drug's effects has been limited, in part due to federal restrictions.

Marijuana remains a Schedule I substance under the federal government's Controlled Substance Act, meaning it has no medical use and has high potential for abuse.

In the past NIDA has focused its research on the risks of drug abuse and addiction, turning away researchers interested in studying the potential benefits of illegal substances.

Even with the latest green light from the Health and Human Services department, MAPS and the University of Arizona Professor Suzanne Sisley must still get approval from the Drug Enforcement Administration, though they expect that clearance to come more quickly.

"That's been the hard part -- in terms of studying the plant, and getting permission to study it for therapeutic benefit," said Ross.

The Veterans Administration estimates between 11 and 20 percent of soldiers who served in the recent Iraq and Afghanistan wars have PTSD, which can cause anxiety, flashbacks, depression and sleep deprivation. About 7.7 million American adults are estimated to have the disorder.

Physicians have long speculated that marijuana could be used to calm parts of the brain linked to overstimulation and anxiety, though little formal research has been conducted.

The American Medical Association has called for a change in marijuana's classification to make it easier for research to be conducted. The current classification prevents physicians from even prescribing it in states where medical use is permitted. Instead, they can only recommend it to patients who can then buy it through a government-approved dispensary in most states.

Parents of children with epilepsy have petitioned lawmakers in several states to grant access to a strain of medical marijuana known as "Charlotte's Web," which contains low amounts of the drug's active ingredient, THC. Available in liquid form in Colorado, the strain is believed to be effective in controlling seizures in children, though the Institute of Medicine and the American Medical Association have said more research needs to be done.

The American Epilepsy Foundation recently called for a review of pot's Schedule I drug status to allow more research into the drug's effect on seizures, given parents growing acceptance to seek the drug for their children.