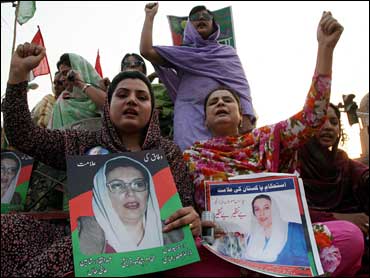 The act "will help make the government more accessible to taxpayers and do so at better cost and savings to the taxpayers," said White House press secretary Ari Fleischer.

The measure, designed to help the federal government take fuller advantage of the Internet and use information technology to maximize efficiency became law Tuesday in a small ceremony to which reporters were not invited.

Bush pledged in July 2001 to introduce a more corporate management style to government by focusing on results and ease of use for its "customers." Increasing the use of electronic government is one piece of that agenda.

Sponsored by Rep. Jim Turner, D-Texas, and Sen. Joe Lieberman, D-Conn., the legislation establishes a new Office of E-government within the White House's Office of Management and Budget to oversee government-wide efforts. It authorizes funding that increases from $45 million in the 2003 budget year, which began Oct. 1, to $150 million in 2006.

OMB already essentially performs the functions of the new office, but the legislation codifies the position in law and makes it permanent.

Recent improvements include redesigns of one-stop federal Internet portals such as Firstgov.gov, an online gateway for Americans to federal services and information; Recreation.gov, which provides links to 1,900 federal parks; and GovBenefits.gov, a site where people can search for the benefits to which they are entitled.

Starting with the 2003 tax year, some Americans will be able to not only file, but prepare for free, their tax forms online.

Other online improvements in the works include a Regulations.gov Web site making it easier to participate in the federal rulemaking process and an electronic payroll system that will go from 22 payroll service providers to four, OMB spokesman Trent Duffy said.

The measure also requires regulatory agencies to conduct administrative rule-makings on the Internet and federal courts to post information and opinions on their Web sites; provides for temporary exchanges of information technology workers to government from the private sector; and authorizes "share-in savings" contracts, in which contractors provide upfront technology and are paid out of some of the savings they reap for their federal agency customers.