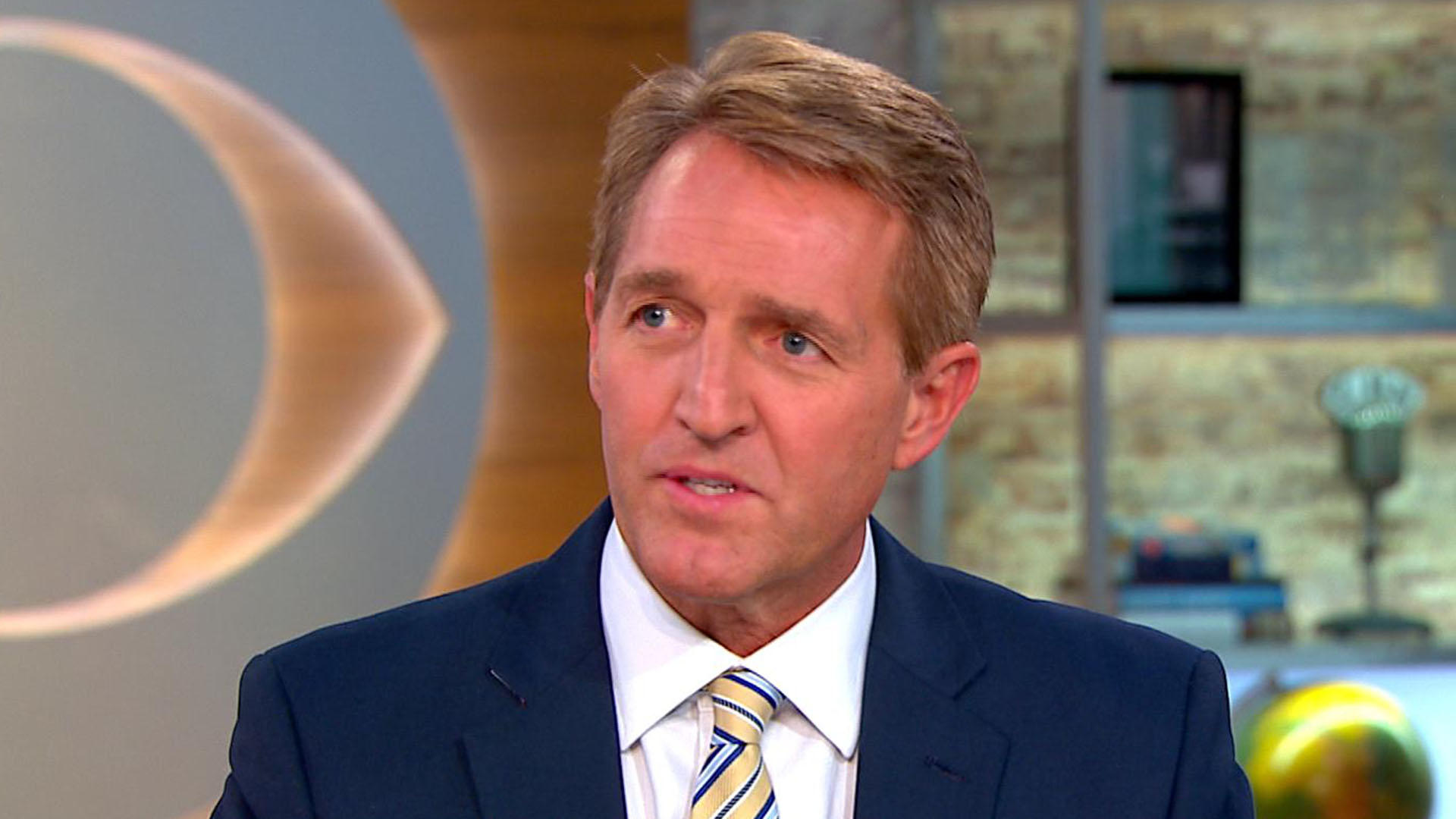 Sen. Jeff Flake said Monday that the Senate rules should not be changed to eliminate the filibuster, or 60-vote threshold for most legislation, as President Trump has called for.

In an interview on "CBS This Morning," the Arizona Republican was asked if the Senate was likely to make that happen.

"No, and it shouldn't," Flake said. "That would be a mistake. We are at our best in the Senate when we work across the aisle."

Flake said that Obamacare was pushed through by one party, and Republicans are struggling to repeal it.

"I don't want to lurch back and forth every couple of years from one extreme to the other," he said. "Those rules are there for a reason. They're good. ... They invite us to work across the aisle."

Mr. Trump called again on Saturday to end the filibuster. This came a few days after the Senate failed to pass a "skinny repeal" of Obamacare through budget reconciliation, a process which meant it only required 51 votes to pass. However, it received support from just 49 GOP senators. The 60-vote threshold applies to most other legislation in order to advance it to a final vote. When the president has called for the elimination of the filibuster in the past, Senate Majority Leader Mitch McConnell, R-Kentucky, has made clear that that won't be happening.

Flake, who's up for re-election next year, said on "Face the Nation" Sunday that the Republican Party has lost its way. He described some of the president's policies as not reflecting conservative values.

Asked if he thinks the president will back his bid for re-election, Flake said it's up to him. "Obviously, we have 52 senators. We have a small majority. I think we've reached about the limits of what we can do just with our small majority," he admitted.

He then seemed to take a veiled shot at the president for not helping to facilitate bipartisan efforts.

"That's not going to happen if you refer to the other party as my enemies or losers or clowns," said Flake, who is out with a new book, "Conscience of a Conservative: A Rejection of Destructive Politics and a Return to Principle."