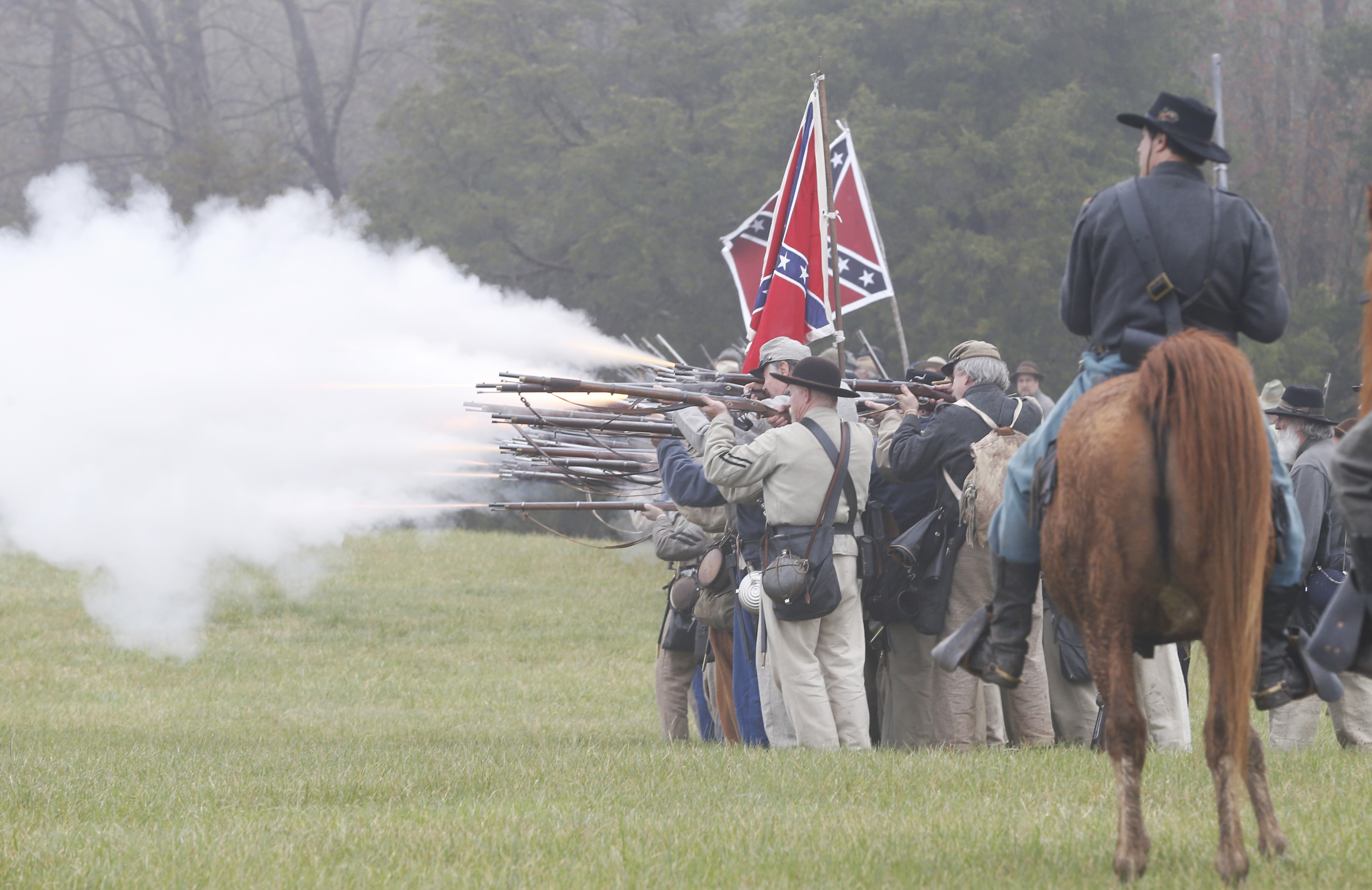 Virginia Republican Senate candidate Corey Stewart said that he doesn't "believe that the Civil War was ultimately fought over the issue of slavery."

In an interview with The Hill, Stewart, who won the GOP's nomination for U.S. Senate earlier this month, also rejected the idea that the Confederate flag represents an ugly part of Virginia history, saying that he doesn't associate the flag with slavery or secession.

"For the average person, 98 percent of those who fought in the Civil War, they did not own slaves," he said. "They were simply answering the call, and in this case many, many young men -- 17, 18 years old -- coming in to defend what they saw as a federal invasion of Virginia, and they fought honorably." Stewart also said that only some southerners wanted to secede because of slavery, and that the conflict was primarily about states' rights.

Stewart is the chairman of the Prince William County Board of Supervisors, and will face off against Democratic Sen. Tim Kaine in November. His past efforts to seek public office in Virginia include a 2012 bid for lieutenant governor and, most recently, a run for governor in 2017.

The Minnesota native is an outspoken defender of the Confederate symbols. His 2017 gubernatorial campaign, in which he narrowly lost the GOP nomination, made defending Confederate monuments a centerpiece issue.

A few months before the 2017 primary, he gave a speech in which he said Virginia was the state of "Robert E. Lee and Stonewall Jackson," and that the Confederate flag "is our heritage, it's what makes us Virginia, and if you take that away, we lose our identity."

Stewart also broke with most prominent Virginia Republicans after last summer's "Unite the Right" rally in Charlottesville, Virginia. Immediately after the violence of the rally, which led to the death of activist Heather Heyer, Stewart called out his fellow Republicans for being to quick to condemn the event.

"All the weak Republicans, they couldn't apologize fast enough," Stewart told The Washington Post following the rally. "They played right into the hands of the left wing. Those [Nazi] people have nothing to do with the Republican Party. There was no reason to apologize."

White nationalists are planning to hold another "Unite The Right" rally in August, which Stewart said would be a terrible idea. When asked about why he had praised and been endorsed by Jason Kessler, a self-described "pro-white" activist who helped organize the Charlottesville rally, he deflected to Harvey Weinstein's support of Tim Kaine.

"Anybody can endorse me, that's their choice," Stewart told The Hill. "That does not mean that I support their views."

Stewart is considered a long-shot in his bid to defeat Kaine. Hillary Clinton won Virginia in 2016 by more than 5 points, and recent polls have Kaine leading Stewart by a comfortable margin.