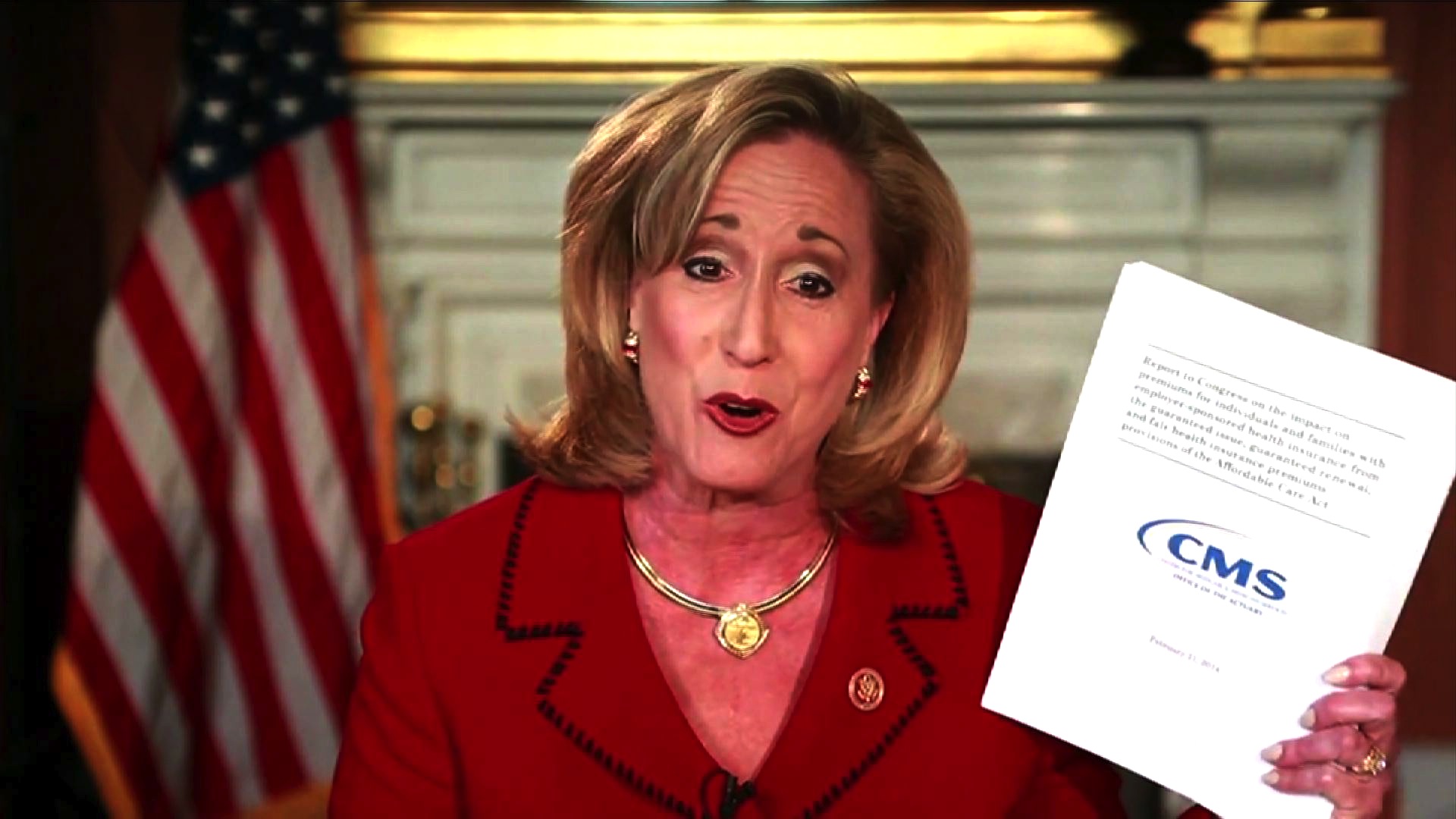 Rep. Ann Wagner, R-Mo., demanded an explanation from President Obama Saturday after a report released this week forecast an increase in insurance premiums for 11 million people who get health coverage through small businesses.

"Mr. President, you owe our 11 million workers an explanation," Wagner said in the weekly Republican address. "Are you willing to look them in the eye and say that you stand by this law? Are you willing to confess that Obamacare is causing premiums to skyrocket while the quality of our health care is going down?"

The report in question, released Monday by the actuaries with the Center for Medicare and Medicaid Services, forecasts a premium increase for 11 million - or 65 percent - of the 17 million consumers who receive insurance through a small business. The remaining 35 percent will see their premiums fall.

The report also found that the impact on larger employers "is expected to be negligible" because most larger companies run their insurance program internally instead of farming it out.

CMS noted a "high degree of uncertainty" in the forecast, saying, "The impact could vary significantly depending on the mix of firms that decide to offer health insurance coverage."

And HHS spokeswoman Joanne Peters said, "Since the Affordable Care Act became law, health care costs have been slowing, and premium growth has slowed to the lowest rate in years. The law is making it easier for businesses to offer coverage, just like it did in Massachusetts when employer coverage increased after reform passed."

Still, critics of the law pounced immediately, flagging the report as further evidence that the Affordable Care Act is fatally flawed. " This is another punch in the gut for Americans already struggling in the president's economy," House Speaker John Boehner, R-Ohio, said in a statement released on Monday. "These 11 million people who will see their premiums spike are 11 million more reasons to repeal this law and start over with common sense reform that will make care more affordable, not more costly."

In her address, Wagner framed the report as the latest in a series of broken promises, asking the president, "Are you willing to work with us to provide real health care solutions that will lift up the American people?

In his own address on Saturday, the president touted his push for more high-tech manufacturing jobs and investments in infrastructure.

"If we want to attract more good manufacturing jobs to America, we've got to make sure we're on the cutting edge of new manufacturing technologies and techniques," he said. "And in today's global economy first-class jobs gravitate to first-class infrastructure."

On Wednesday, the president offered a plan to invest $302 billion over the next four years to renovate the nation's highways, rail systems and other modes of transportation. He pitched the idea of pairing the renewed funding with a reform of the tax code, an idea given a fresh push this week by Rep. Dave Camp, R-Mich., who unveiled a comprehensive tax reform bill on Wednesday after months of work.

Despite the evidence of common ground, neither infrastructure investment nor tax reform is likely to see the light of day this year, given the approaching midterm elections.