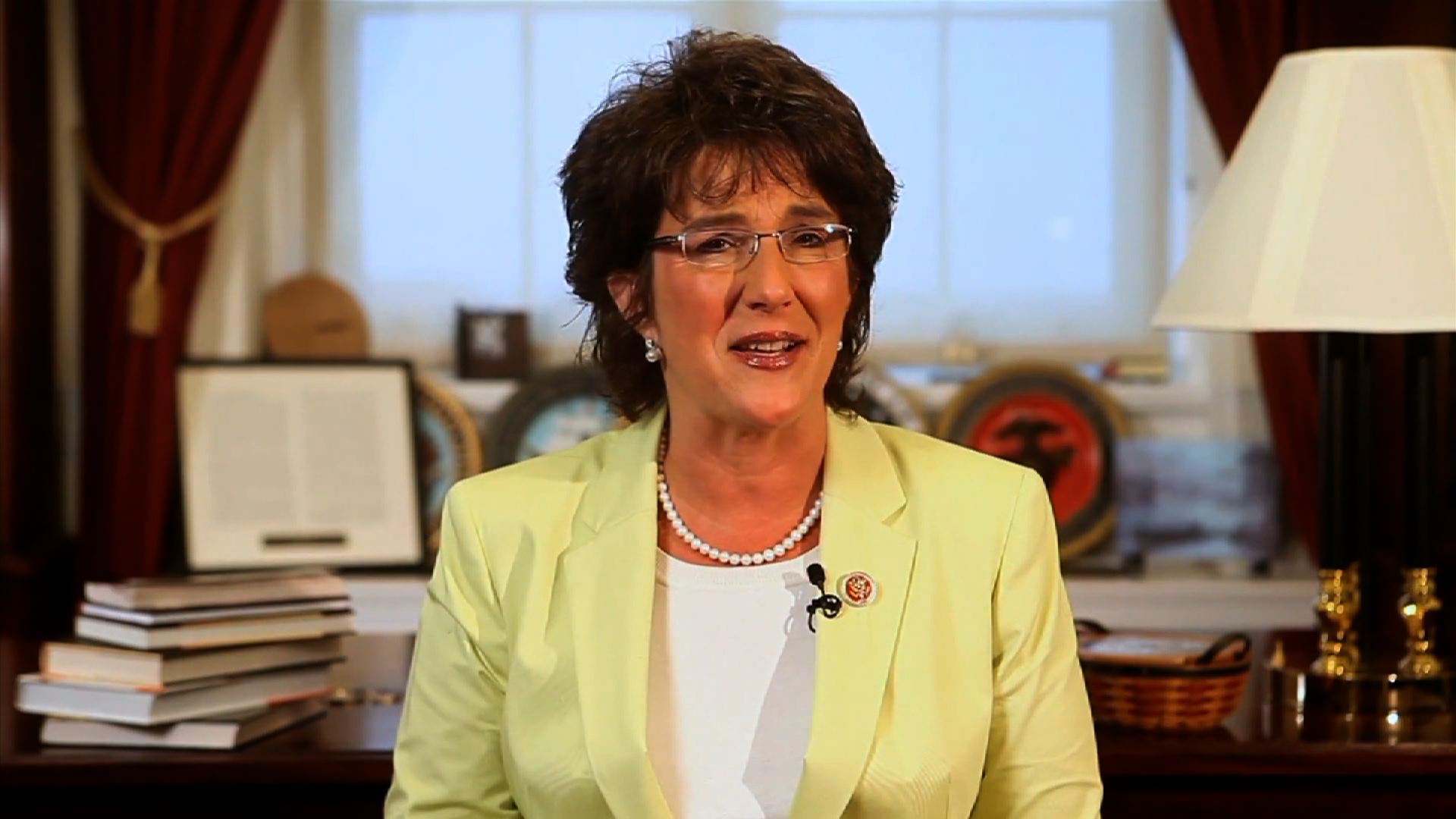 When President Obama unveiled his 2014 budget on Wednesday, he called it "responsible" and a "compromise."

"The president's budget isn't a compromise," said Rep. Jackie Walorski, R-Ind., in the weekly GOP address on Saturday. "It's a blank check for more spending and more debt."

Walorski scalded the president's budget for proposing new tax hikes on wealthy Americans and failing to bring the federal ledger into balance.

"If we were to implement the president's budget, taxes would go up on just about every American, including middle-class families," said Walorski. "Altogether, the president wants to impose more than $1 trillion in new taxes ... this isn't what compromise looks like."

"What's more," she continued, "the president's budget not only ignores our nation's spending problem - it makes things worse. If his plan were to take effect, the government would spend $964 billion more of your hard-earned money than it is already planning to spend ... that isn't compromise either."

And "worst of all," Walorski said, "the White House says the president's budget never balances - ever."

Mr. Obama's budget would trim the deficit by pairing an additional $580 billion in tax revenue raised from wealthy Americans with roughly $400 billion in health-care savings and $200 billion in new discretionary spending cuts. According to senior White House officials, the net effect of those proposals would reduce the deficit to 2.8 percent of gross domestic product by 2016. By the end of the budget's 10-year window, the deficit would fall to only 1.7 percent of GDP.

Although many economists consider deficits in that range to be sustainable, Walorski is correct in pointing out that the president's plan never fully erases the red ink from the government's yearly balance sheet.

"Even when the president's budget offers signs of common ground - like modest entitlement reforms - he says he won't follow through unless he can impose more tax increases," Walorski said.

Mr. Obama's budget includes a "chained CPI" proposal that would slow the growth in future payments to Social Security beneficiaries by changing the way the government measures inflation. It also included a proposal to means test Medicare by forcing wealthy seniors to pay higher premiums.

Those measures have been embraced by many in the GOP, but the president has clarified that his push for entitlement reform is contingent on Republicans agreeing to generate more revenue by closing tax loopholes that benefit the rich. For many in the GOP, that's too high a price to pay.

"If the president believes these modest entitlement savings are needed to help shore up these programs, there's no reason they should be held hostage for more tax hikes," said House Speaker John Boehner, R-Ohio, last week. "That's no way to lead and move the country forward."

House Republicans' own budget, Walorski said in her address on Saturday, offers "a better way."

"Our budget will balance in 10 years," she said. "We will end the waste of taxpayer dollars and foster a healthier economy, delivering real solutions to help improve people's lives."

Republicans, Walorski said, would put Americans to work by approving projects like the Keystone XL oil pipeline, which is currently under review by the State Department. They would also repeal Obamacare and implement a "fairer, simpler" tax code that closes loopholes to lower rates, rather than generate revenue.