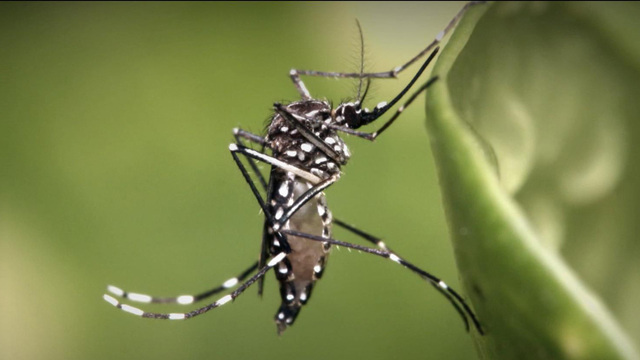 WASHINGTON-- Top House Republicans said Wednesday that they are increasingly likely to grant a portion of President Obama's $1.9 billion request to combatthe Zika virus, but it could take a while.

It's not clear how quickly Congress may act, however, despite the political urgency and a White House pressure campaign.

While they have succeeded in forcing the administration to divert almost $600 million in unspent Ebola funds to fight Zika, Republicans have sat on the White House request, which was submitted in February, demanding more information and pressuring the administration to free up Ebola money that Mr. Obama has promised to help poor nations combat future epidemics.

But the White House says the budgeting maneuver is only a temporary solution and that more money will be needed soon.

Appropriations Committee Chairman Harold Rogers, R-Ky., told reporters Wedneday that "we're prepared to try to do a supplemental bill if it's needed" and that action is likely "before the end of the fiscal year" on Sept. 30. At a hearing later, he acknowledged for the first time that the panel is working on a supplemental spending measure but that he wants more details to supplement the administration's request, which he said is "almost a slush fund."

Another senior Republican said additional Zika money most likely wouldn't come before September at the earliest.

"We're certainly fine probably through the end of the fiscal year, so it's not like we have to do something today," said Rep. Tom Cole, R-Okla., chairman of the House panel overseeing funding for the Centers on Disease Control and Prevention and the National Institutes of Health. "But we do need to do something in the foreseeable future, and I would think before the end of the fiscal year," perhaps as an attachment to a must-pass stopgap funding bill that's required to prevent a government shutdown in October.

Researchers fear Zika causes microcephaly, a serious birth defect in which a baby's head is too small, as well as posing other threats to the children of pregnant women infected with it. Its spread in the U.S. has so far been limited, but the situation is sure to worsen as temperatures warm and the mosquitos that transmit the virus flourish.

Top House Appropriations Committee Democrat Nita Lowey of New York moved to attach the full $1.9 billion Obama request to an unrelated bill funding the Department of Veterans Affairs Wednesday but was opposed by Republicans who control the committee. Rogers countered by muscling through an amendment to loosen remaining restrictions on the use of Ebola money.

"Instead of providing the funding needed to mount a robust response against the Zika virus, we have forced the administration to rob Peter to pay Paul," Lowey said. "The redirected funds are nothing more than a temporary Band-Aid. It could run out in the middle of summer -- peak mosquito season -- and it is insufficient to support advanced research and development of vaccines and diagnostics through clinical trials."

Lowey was echoing Health and Human Services Secretary Sylvia M. Burwell, who told reporters last week that without additional funding her agency might have to curtail mosquito control activities and might not be able to produce enough vaccine or develop better tests for Zika.

"Republicans' appalling fecklessness in the face of this frightening public health emergency is beyond dangerous: it could have devastating consequences for thousands of American children and families," Pelosi said in a statement.

Speaker Paul Ryan, R-Wis., said earlier in the day that the House "will address this situation through the regular appropriations process as the need arises, and our appropriators are looking at how to do just that."

Failure to act is sure to mean that the White House will ramp up its election-year criticism of Republicans controlling Congress. The prospect of Congress taking a seven-week vacation this July and August -- the height of the mosquito season -- without having acted on Zika could give Democrats a political opening.

"I can't in good conscience and out of respect for the taxpayer support a full request without proper information, without justification," Rogers said. Lowey promised to push the administration to help get the Republicans the information they're demanding.

"The administration is already moving ahead with the funds that were appropriated for Ebola," Senate Majority Leader Mitch McConnell, R-Ky., said Tuesday. "And we're anxious to talk to them any time they think there's additional need."

The House, meanwhile, passed legislation Tuesday that the Senate passed last month that would speed up the development of drugs to treat and prevent the virus, though it does not provide the $1.9 billion in emergency funding the administration wants to help fight the Zika epidemic.