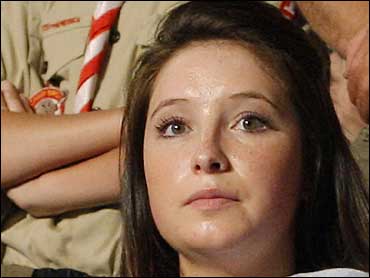 As the scaled-down Republican National Convention kicked off in in the shadow of Hurricane Gustav Monday, the presidential campaign was shaken by revelations that Bristol Palin, the 17-year-old daughter of Alaska Gov. Sarah Palin, John McCain's newly-minted running mate, is pregnant.

It was the latest curveball tied to Palin, whose sudden rise to national prominence came as a shock to both Republican insiders and the media. The Alaska governor's nomination spurred ceaseless debate over whether McCain's selection of woman who is largely unknown and relatively inexperienced - but who is extremely popular in her state and pleasing to the conservative base - will ultimately prove a help or a hindrance to the Republican ticket.

Monday's news reportedly prompted concern inside the GOP establishment that more potentially-damaging stories about Palin's family will come out. (Indeed, Monday also brought the revelation that Palin's husband was arrested in 1986 for DUI.) The story seemed to feed into the notion that Palin, who is untested on the national stage and was not aggressively vetted, could bring so much baggage that it outweighs her benefits.

There's a potential problem with that interpretation, however: Republicans on the convention floor in St. Paul remain just as fired up about Palin as they were when the pick was announced. If anything, the news about Bristol Palin, who the family says will marry the father of her child, has spurred more support for her mother.

"Like so many other American families who are in the same situation, I think it's great that she instilled in her daughter the values to have the child and not to sneak off some place and have an abortion," said Louisiana delegate George White.

"Especially in the society that we live in now, it's a commonplace event," said Madison, Mississippi delegate Walley Naylor. "Not that it's right, but it doesn't reflect badly upon her. I think that it's great that even though young children are making that decision to become pregnant they've also decided to take responsibility for their actions and decide to follow up with that and get married and raise this child."

Keri Brehm, a Colorado delegate, was one of three women wearing shirts that spelled out "We Love Sarah" on the back. She said yesterday's news has not dampened her enthusiasm for the soon-to-be vice presidential nominee.

"That's a personal, private family matter and I trust that they will handle it in the best way," said Brehm, who describes herself as very conservative and in line with Palin's views. "I'm glad she has a lot of family support to help her."

Palin opposes abortion rights and backed abstinence-only education during her run for governor two years ago. The McCain camp says McCain knew about Bristol Palin's pregnancy before tapping her and did not feel it had any impact of Sarah Palin's potential as a running mate.

"It's an American issue and I hope she gets elected and that will be one issue they can focus on - make sure we're teaching kids abstinence," said North Carolina delegate Justin Burr, who said Bristol Palin's pregnancy offers the opportunity for a greater spotlight on such issues.

"What American family doesn't have to deal with a family crisis?," one asked. "It shows that she feels our pain."

South Carolina Republican Chairman Katon Dawson echoed that message in an interview with CBSNews.com, saying that the situation is a "family problem not unique in America." Dawson remains "euphoric" about the choice of Palin for the ticket and said that her selection has set conservative activists "on fire" in support of the ticket.

Conservatives had long ago rallied around Palin because of her devotion towards her youngest son, Trig, who was born with Down syndrome. Anti-abortion activists have rallied around her because prenatel tests provide women the choice to abort such pregnancies and the governor has publicly discussed her decision in relation to that. The fact that Bristol Palin is having a baby, news the McCain camp suggested was released to knock down rumors that Trig was actually Bristol's child, in a sense burnishes Palin's anti-abortion rights credentials.

Republican delegates attending the convention are the core of the party and at odds with the overall electorate on some important aspects of the political landscape. Eighty percent of the delegates in a recent CBS News survey said they approved of the job President Bush is doing - a far higher percentage than the American people overall, who put the president's approval rating at 28 percent. But these are the activists McCain needs to energize as a force for the fall election, and his selection of Palin still appears to be doing just that.

"I think that's a family matter and I've seen my own friends that have been pregnant at a young age," said John Tyler Hammons, an Oklahoma delegate who at 19 is the youngest mayor in the country. "It's a burden that's very personal and I don't think it needs to be discussed in a public fashion."
By Brian Montopoli