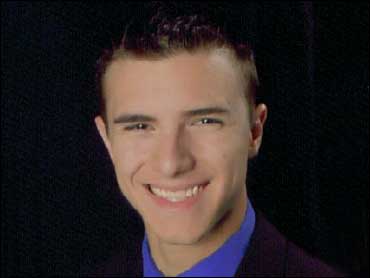 A 19-year-old freshman at the University of Oklahoma won the mayoral race Tuesday in this northeastern Oklahoma city, becoming one of the youngest mayors in the country.

"The public placing their trust in me is the greatest, humbling and most awesome experience I've ever had in my life," Hammons said Tuesday from a watch party at Cowboys Barbecue. "It's an experience that we'll never forget."

The two candidates squared off in a runoff election for the nonpartisan mayoral post after neither secured 50 percent of the vote in a six-person election on April 1. They were running to replace outgoing Mayor Wren Stratton, who decided not to seek re-election after one term in office.

Hammons will be sworn into office on Tuesday.

McBride, who was running on his record as a successful businessman, longtime city councilor and three-term mayor, said he was surprised by the margin of Hammon's victory.

"I kind of thought I had turned it around toward the end there," McBride said. "But I'm not bitter. I'm kind of disappointed. It was good race, a clean race."

Hammons said he plans to continue his college education, but expects to transfer to a university closer to Muskogee, a town of about 38,000 residents located about 50 miles southeast of Tulsa.

"Being elected does not change my desire to continue my education," he said. "We will schedule our time in an appropriate fashion so that I can be mayor and stay in school."

He said he's considering Northeastern State University, which has a branch campus in Muskogee.

The mayor in Muskogee chairs the city's nine-member city council and serves as a voting member.

Hammons said a key to his platform that resonated with voters was openness of city government and keeping citizens better informed of the operations of the city.

"I think that's been a detriment to the trust of the citizens of Muskogee," he said. "Once we have that trust, we can solve any other problem."

Hammons said he's already been contacted by representatives of "The Tonight Show with Jay Leno" about appearing on the late-night talk show.