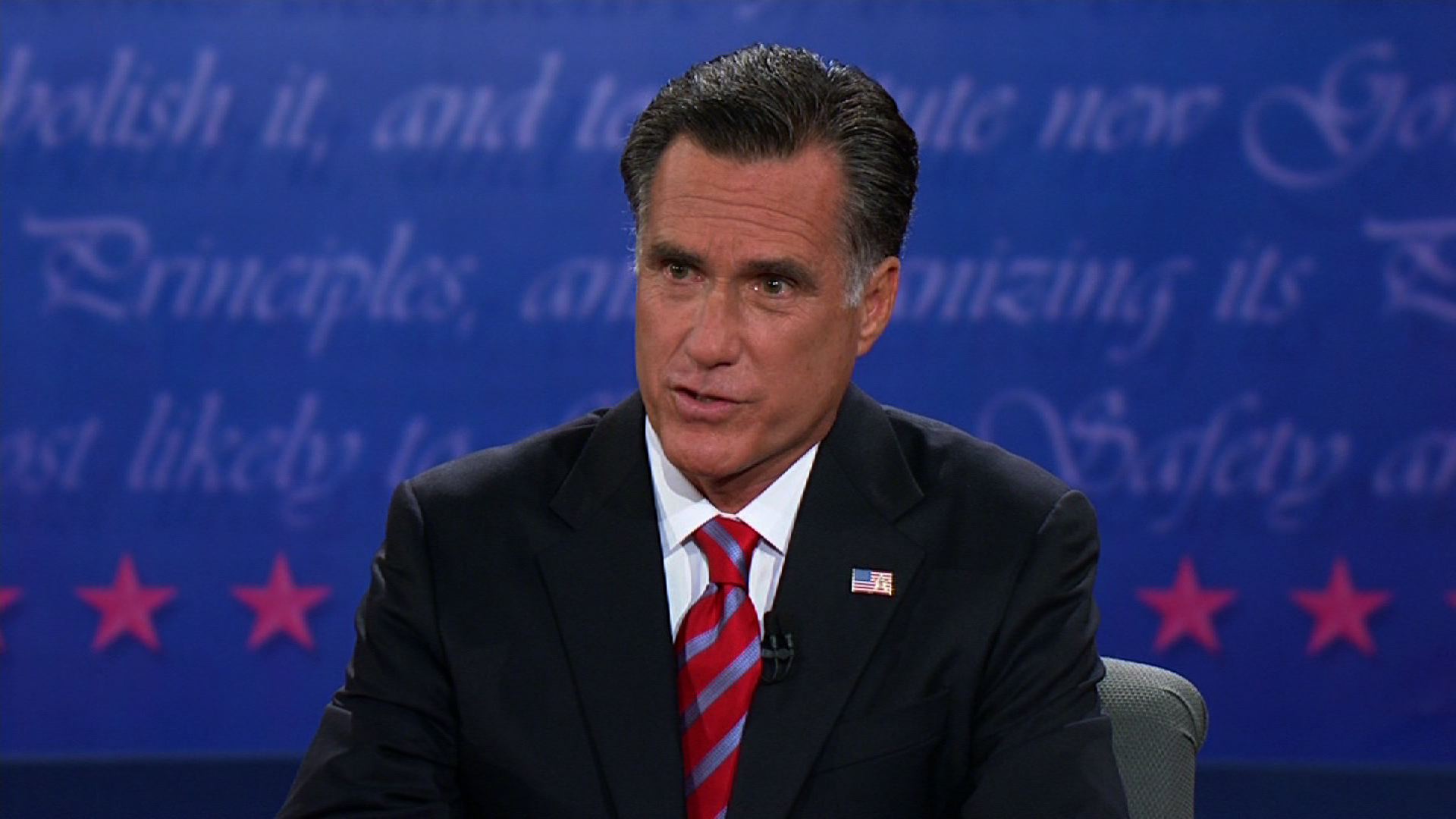 Despite an emerging consensus that President Obama bested Mitt Romney in the third and final debate of the 2012 presidential election, the GOP is not ceding an inch in the post-debate spin war, arguing that Romney's measured, circumspect performance passed the "commander-in-chief test," and that the President's sustained assault on Mitt Romney was "not presidential."

The evening's victor, at least according to the snap polls conducted just after the event's conclusion, is not in much dispute. According to a CNN poll, 48 percent of registered voters scored Obama the winner, compared to 40 percent for Romney. And a CBS News poll of undecided voters gave Obama a 2-to-1 victory, with 53 percent of respondents declaring an Obama win, and only 23 percent saying the same for Romney.

By comparison, after the first debate, widely considered a strong evening for Mitt Romney, the same CBS poll reflected a 46 to 22 percent victory for the Republican, a sizable margin that was nonetheless smaller than the president's yawning 30-point lead in last night's snap poll.

But to hear the GOP's post-debate spin, you'd think that Romney had a stellar evening. There was none of the pandemonium and hand-wringing that gripped Democrats and their allies in the media after Romney's commanding performance in the first debate.

"Last night, Mitt Romney convincingly won the debate, because the American people saw an experienced executive and leader with a strong command of foreign policy who could be the next commander-in-chief," said Romney's campaign in a Tuesday morning statement.

"Obviously a very good night for Governor Romney," declared Romney senior advisor Ed Gillespie in the spin room after the debate. "The momentum will continue. The American people saw someone who had serious policies to help make our country be stronger when it comes to our foreign policy and our national security."

"I think it's unequivocal, Romney won," explained conservative columnist Charles Krauthammer on Fox News. "Tactically, he simply had to get up there and show that he's a competent man, somebody who you could trust as commander in chief."

The adamant declarations of a Romney victory quickly pivoted to attacks on the president, whose aggressive tack struck many conservatives as small-minded.

"That's not presidential, and frankly, I kind of resent it," said McCain.

"President Obama was exceedingly condescending and disrespectful," argued The Weekly Standard's Stephen Hayes. "Obama offered a reasonably strong defense of a record that's difficult to run on, but he did so in such a patronizing and insulting way that it may have turned off as many voters as it won him."

And several conservative media figures interpreted Mr. Obama's attacks on Romney as a reflection of mounting anxiety as the campaign heads into the home stretch.

"If Romney seemed eager to avoid sharp contrasts, Obama was determined to provide them. And in that sense the president was the challenger and Romney conducted himself like the incumbent - or at least the candidate leading the race," said Hayes.

Erick Erickson, writing on RedState.com, explained Mr. Obama's confrontational performance as a reaction to faltering poll numbers: "This is a man who knows the gig is up. Throughout the debate, Mitt Romney smiled, agreed, and avoided fights. Barack Obama did everything he could to get into fights. That's not what incumbents in a comfortable lead do."