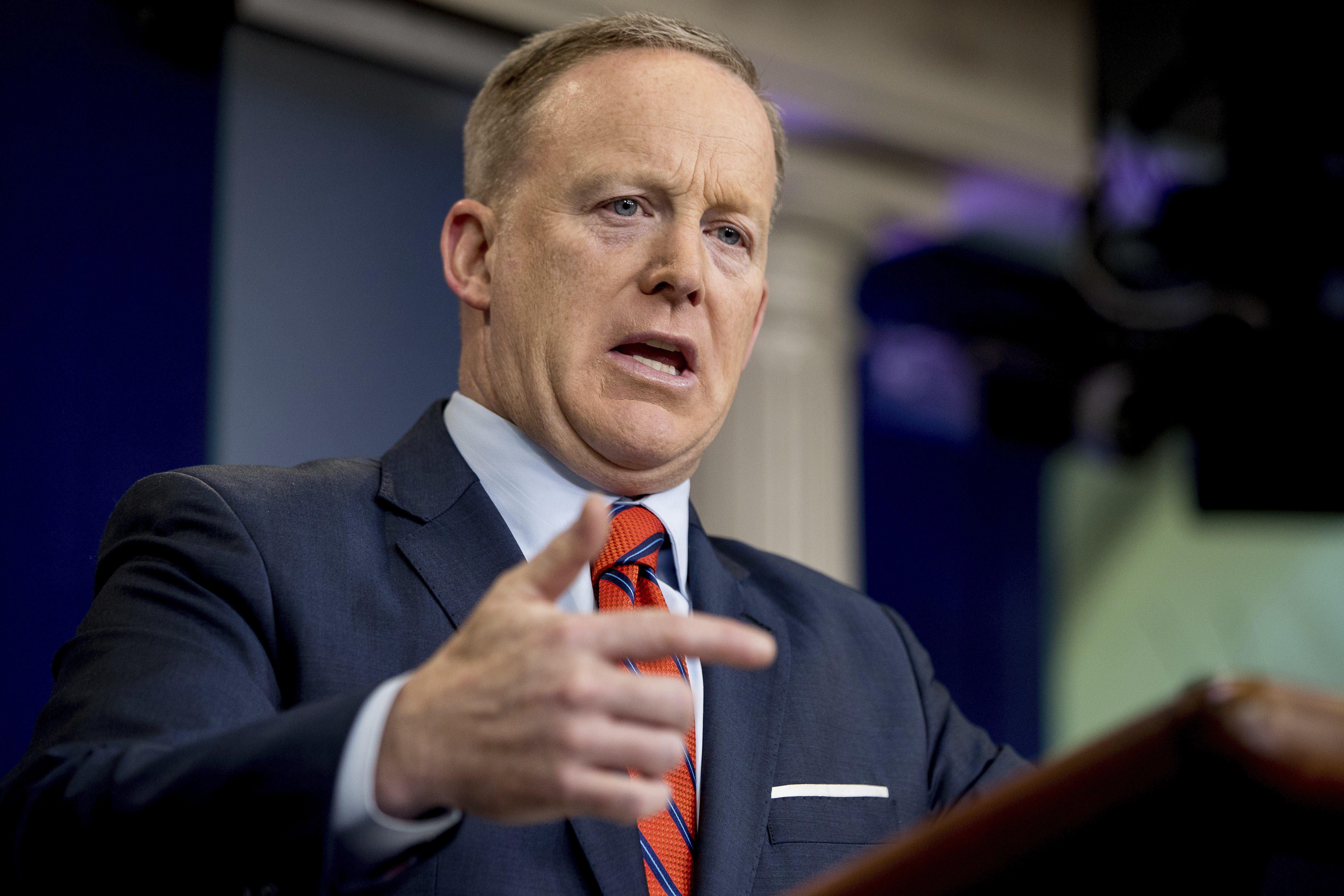 Republican Congressman Mike Coffman of Colorado called for the resignation of White House press secretary Sean Spicer after his remarks that Adolf Hitler  “didn’t even sink to using chemical weapons” during a press briefing this week.

“Spicer made a terrible mistake,” the GOP lawmaker said at a townhall style meeting in Colorado on Wednesday. “He was incompetent in his delivery, and I think he’s obviously serving the president poorly and ought to go.”

His comments received applause and cheers from the audience, but he was quickly booed after backpedaling to defend Spicer’s comments -- which Coffman then followed up with, “I don’t want to apologize for him.”

Spicer’s comments on Tuesday comparing Hitler with Syrian President Bashar al-Assad, and his reference to concentration camps as “Holocaust centers,” caused an uproar.

“You had -- someone as despicable as Hitler who didn’t even sink to the -- to using chemical weapons,” Spicer told reporters. “So you have to, if you’re Russia, ask yourself, ‘Is this a country that you and a regime you want to align yourself with?’”

Several times afterward, he apologized for the comments, which had been made during the Jewish holiday Passover. At a Newseum forum on President Trump’s relationship with the press, Spicer apologized again.

“I made a mistake...there’s no other way to say it. I got into a topic that I shouldn’t have, and I screwed up. I hope people understand that we all make mistakes,” Spicer told NBC News’ Greta Van Susteren at the forum Wednesday. “There’s no comparing atrocities.”

“Sean Spicer must be fired, and the president must immediately disavow his spokesman’s statements,” Pelosi said in a statement released by her office. “Either he is speaking for the president, or the president should have known better than to hire him.”