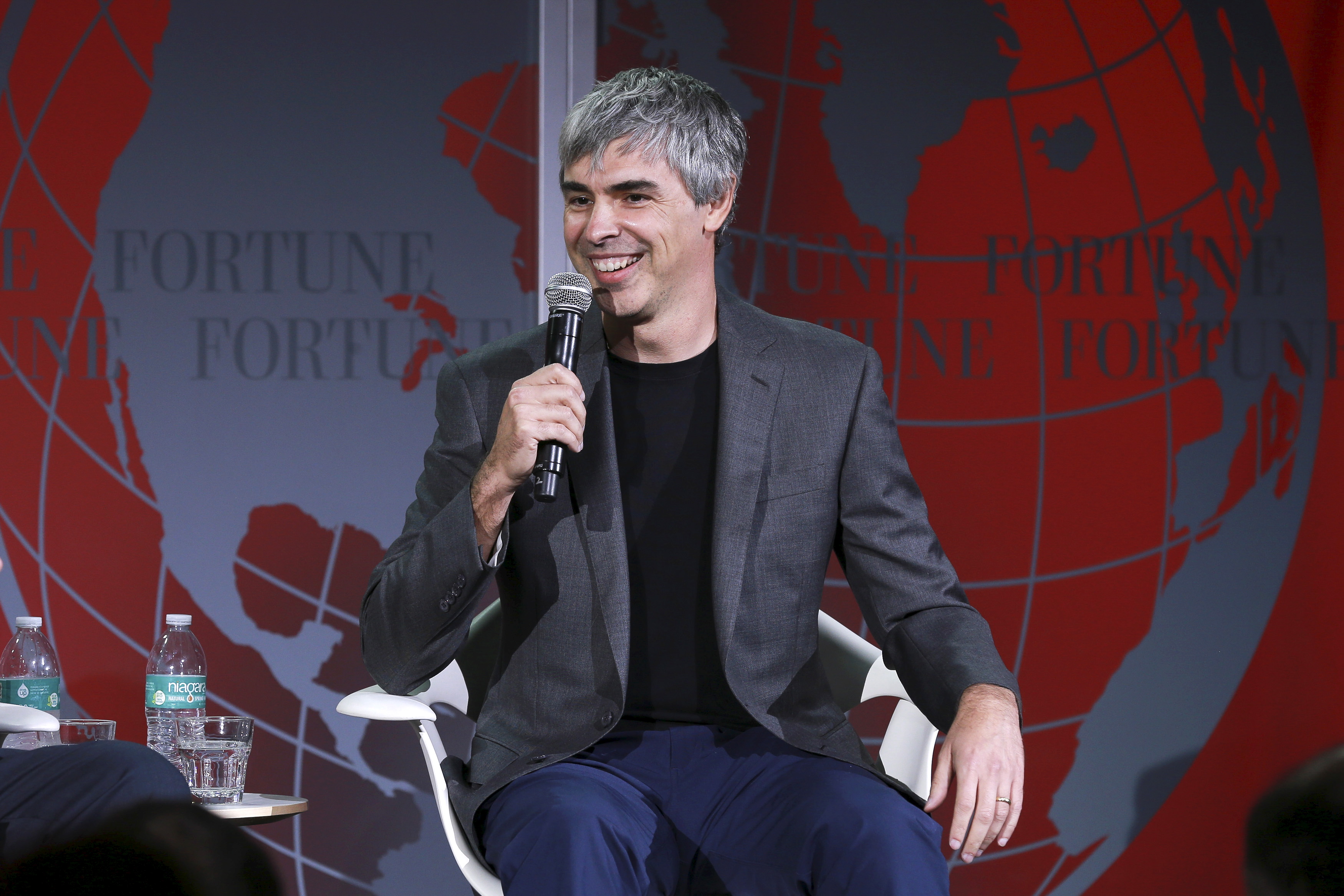 In a Monday night appearance, Page described Alphabet as a way to give engineers and scientists the independence they need to develop breakthrough products that have little or nothing to do with Google's Internet search and advertising business.

Along the way, Page hopes Alphabet will take the drudgery and bureaucracy out of work.

"Companies have pretty bad reputations," Page told a dinner audience gathered in San Francisco for a forum presented by Fortune magazine. "It's not like a lot of people wake up in the morning and say, 'I want to go work for a company.' They do it because they have to."

Page now oversees the hodgepodge of companies as Alphabet's CEO. He turned over the Google CEO job to his top lieutenant, Sundar Pichai. Alphabet supplanted Google as a public traded stock in early October.

The idea for Alphabet's name came from Google's other founder, Sergey Brin, according to Page. Several other names were considered, Page said, but he declined to disclose them in case they are used for other subsidiaries. The new holding company will begin reporting Google's financial results separately from its other subsidiaries, known as "other bets," in January with the release of its fourth-quarter results.

Alphabet's rudimentary name was chosen, Page said, because it isn't supposed to overshadow Google or any of the other brands in its portfolio. "I didn't want it to be too catchy," Page said. "It's really for employees, more than the customers."

If there is a role model for Alphabet, Page said it would probably be Berkshire Hathaway (BRK.A), the holding company that billionaire Warren Buffet has built through acquisitions and investments in a wide variety of industries.

Alphabet could become like a Berkshire Hathaway, with a "technology, science and engineering bent," Page said. Acquisitions will be part of Alphabet's plan to expand, although Page indicated the company will probably focus on startups with interesting ideas and relatively few employees.

There are few other companies besides Berkshire Hathaway that Page wants to mimic. "I wish I could look at someone else and say, 'I wish we were doing that,'" he said.