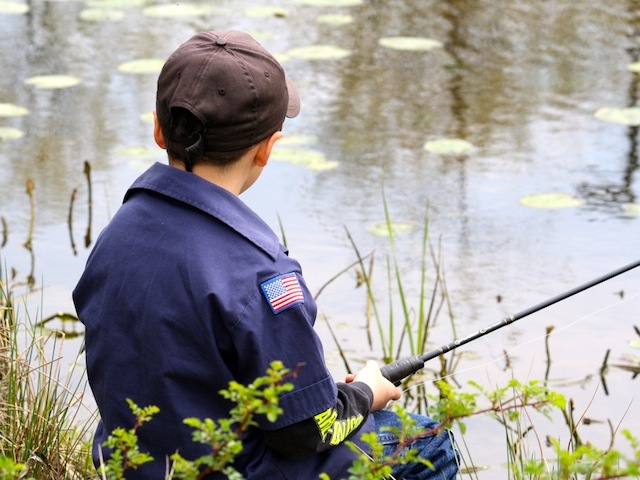 (MoneyWatch) Everyone's in a big hurry these days. Where you all think you're going, I have no idea. We all end up in the same place. I don't know about you, but I'm in no particular hurry to get there.

Don't get me wrong, I'm really not one to talk. I mean, if you're looking for a patient guy, don't look at me. But one day I was doing one of those mad dashes to the airport to catch a flight and my wife turned to me in the car and said, "You know, patience is a virtue." That really stuck.

I also remember an investment banking bigwig telling me that you can't time the market, so just take your time, pick the stocks you think are good long-term bets and try to get in on pull-backs. Smart guy. Of course, he was right.

So the other day when a friend was telling me about a hot Silicon Valley startup he'd been talking to, after he was through describing how this particular company was going to change the world, I asked him about their funding. He said, "Well, that's the thing. They haven't really done the funding thing yet."

That's when I explained to my friend that every entrepreneur thinks his startup is going to make it big and that he (my friend) was too old to be taking risks like that. I told him how important it is for a startup to achieve some level of validation, the kind that comes from a couple of reasonably objective venture capitalists writing big checks.

I said, "What's your rush? Stay in touch with them and, if and when they get funded, then you can join. And you know what?" I said, "Then you'll even get paid, too. Wouldn't that be nice?"

Will my friend listen? I have no idea. People get excited and, when they're excited they act like children who can't wait to get their presents on Christmas morning. They move too fast and make mistakes.

Just look at Facebook's (FB) IPO. Back in the high-flying days of the tech bubble, shares of a new stock would skyrocket the day it went public. People made a fortune flipping stocks. Well, that ended more than a decade ago but somehow millions of people didn't get the memo.

All those people jumped on the Facebook IPO, even when the smart money said they shouldn't. And look what happened. They got creamed. They bought in at $38 and, if they'd just waited a few months, they could have got in at half that. Instead, they lost half their money.

As I said at the time, "You can't make money flipping stocks, so don't bother. If you want to own Facebook for the long-term, either because you 'like' the company or as a diversification strategy, relax and wait until the dust settles. Yes, it'll still be there. There's no rush. Really."

Then there's the age-old concept of how important it is to be first to market with a new product. Well, I think Apple (AAPL) has successfully debunked that myth, and more than once. The MP3 player, smartphone and tablet markets had all been around for many years when Apple launched its iPod, iPhone and iPad, respectively. It's now the leader or a top provider in all three markets.

All that said, some people use "What's the rush?" as an excuse for being lazy or inaction. That's not the same thing as what I'm talking about. It's not even in the same universe.

Taking your time to choose a good job with a company that's going places, pick stocks with long-term growth potential, or develop products that will kill the competition and grow the market is always a smart move. And, according to my wife, it's virtuous behavior, as well. You can't beat that.