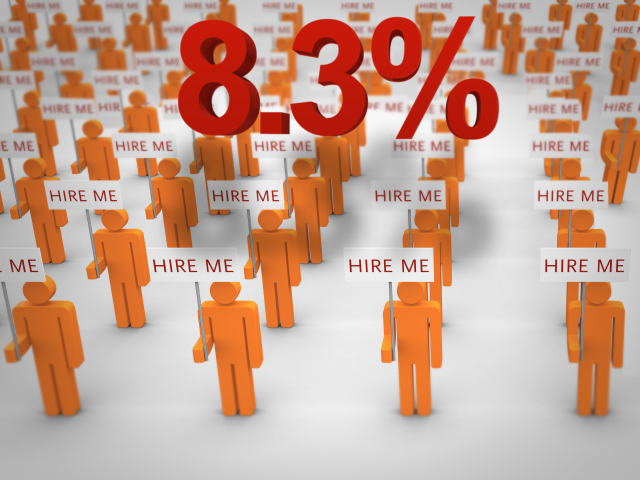 (MoneyWatch) COMMENTARY Good news. According to the Bureau of Labor Statistics, nonfarm payroll employment rose by 227,000 in February, although the unemployment rate was unchanged at 8.3 percent.

As the BLS reports, "The civilian labor force participation rate, at 63.9 percent, and the employment-population ratio, at 58.6 percent, edged up over the month." That more people are job-hunting is encouraging because it indicates their growing optimism about the chances of finding employment.

The job-creation number is also a positive sign, even it falls short of the level we need to recover in an acceptable amount of time. At this rate, it will be several years before the economy reaches full employment. That's too long, and I have been hoping to see signs that job growth is accelerating. Economic recoveries following past recessions have seen several months with 300,000 or 400,000 jobs created. We need job-creation of this magnitude to keep up with population growth and to provide jobs for the millions of people still looking for work.

This labor report does suggest that job-creation is accelerating. The increase in employment is broad-based, for instance, and every month the job-creation figures look a bit better. If the acceleration in job growth continues, that will be a very welcome development.

Will it continue? It would be a mistake not to expect rough spots on the road to recovery -- there will inevitably be setbacks. We cannot be certain that job-creation will continue to accelerate. Trouble in Iran could cause oil prices to spike, which would be very bad news. Europe looks better, but surprises are always possible, and other risks loom.

So while the labor market is improving, it's still too soon for policymakers to forget about the job market and turn their attention elsewhere (though they have mostly done that anyway). And it's certainly too soon to begin reversing course by boosting interest rates or focusing on deficit-reduction. The economy is looking more hopeful, but until those hopes are realized we need to keep doing all we can to help the labor market recover.